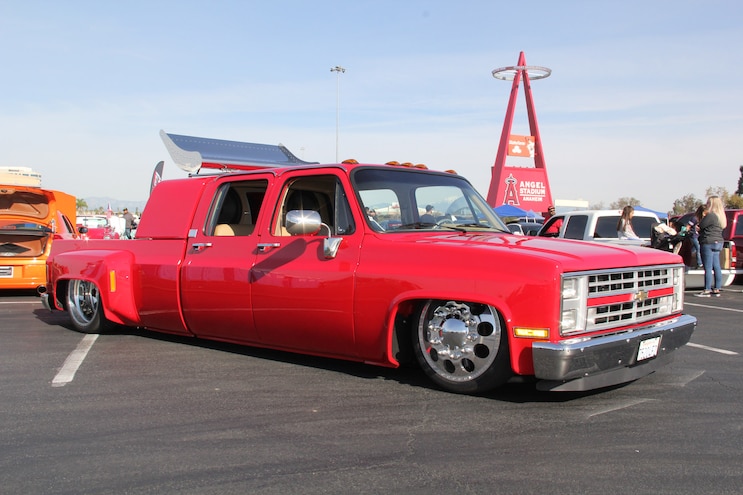 For the second year in a row, Team Horton Events has been at the helm of the Children’s Hospital of Orange County (CHOC) Toy Drive, Show & Cruise. This year the show returned to the large, expansive parking lots of Anaheim Stadium near the iconic Big A, and only minutes from CHOC’s main campus in Orange, California. The Cruise is an annual draw, now in its 19th year, for local car and truck clubs, as they make it part of their show schedule for the year.
More than 300 vehicles showed up to show their support for CHOC hospital, which prides itself on the development and implementation of heart, cancer, neuroscience, and orthopedic procedures specifically for kids. The show was true to its name, requiring a new, unwrapped toy from all those in attendance in lieu of an entry fee. They were able to collect over 3,000 toys, which went to CHOC. A separate truck bed full of over 600 toys went to the Ronald McDonald House Charities in the local area. 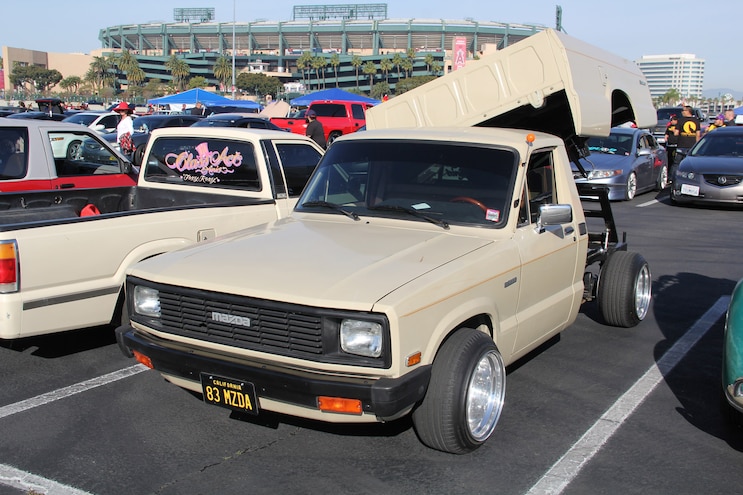 View Photo Gallery | 116 Photos
Photo 2/116   |   Choc Cruise Mazda
The donations were so generous this year that an additional auction was held that generated over $500, as well as six 32-inch flat screen TVs and an Xbox with 20 games. These toys are special to the kids, as it gives them a little bit of fun and cheer when they normally have to spend their holidays staring at hospital walls. The event was also family friendly and featured Santa and Mrs. Claus walking the aisles of customs and posing for pictures. The feeling of the show was extremely upbeat and positive considering it was benefiting kids in need of some cheer around the holidays. 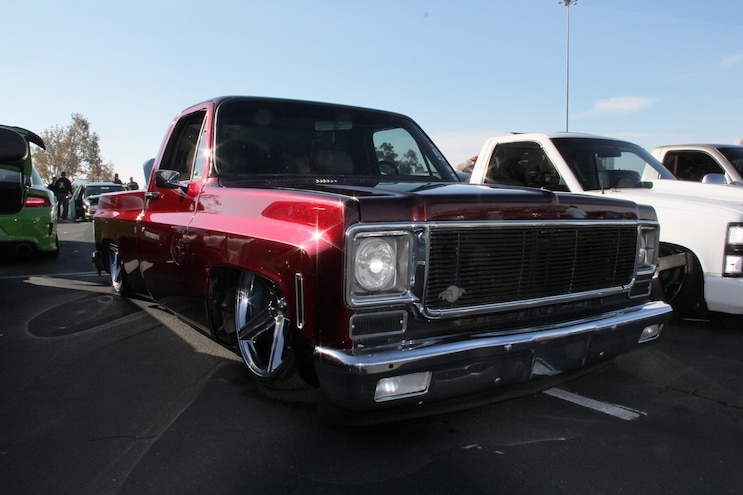 View Photo Gallery | 116 Photos
Photo 3/116   |   Choc Cruise Chevy
Team Horton has really taken pride in hosting this event as the attendance has increased year after year, and the amount of preparation and execution needed to pull off a large show such as this, as well as providing a great venue to stretch out in. Team Horton would like to thank their sponsors: Kelley’s Towing, Concrete Deep, Aftermath Designs, Kricket’s Lines and Designs, Sunset Worldwide, Negative Behavior, KIDO Kustoms, Kiwanis International, M² (Max and Munchies), Kre8ive House, CMW, Viair, Dropped Addiction, Jason’s Wheel Repair, Chrisman Powder Coating, Addiction Lifestyle Photography, Borracho Customs, the Wilson Family, the Sean Mahaney Foundation, Show Car Shine, and finally, Roulette’s Madhouse FX for spinning tunes and announcing the winners. Without these sponsors, this event would not have been possible. For more information about next year’s event, or anything that Team Horton has on the horizon, go to www.facebook.com/groups/362009227313019/?hc_ref=SEARCH.