Severed in the Southwest Show 2018 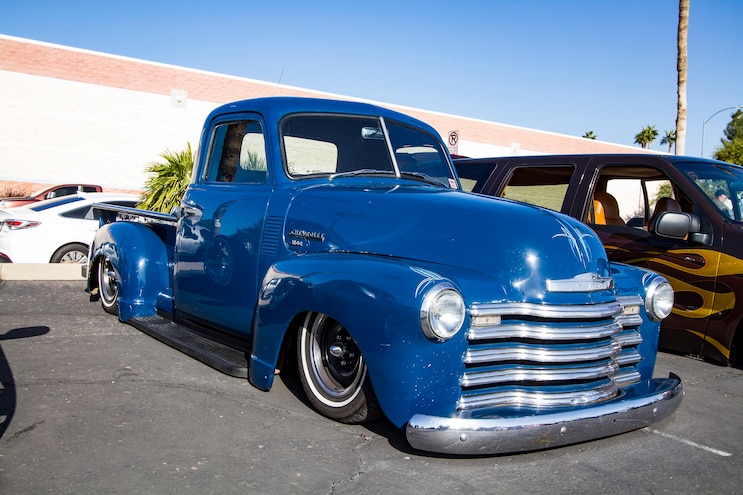 The 20th Annual Severed in the Southwest Show took place on December 1st, 2018 at Castles ‘N’ Coasters in Phoenix, Arizona. This show is and has been one of the premiere custom truck events in Arizona even though it is typically held the second weekend after Thanksgiving. Due to the hot summer weather there, shows like this one are not typically held between June and October. So with usually nice weather each year, participants bring out their vehicles from all over the state as well as some coming in from several neighboring states. This year was no exception and for the 20th anniversary, the Severed Ties club members were excited to once again promote and hold their big event. 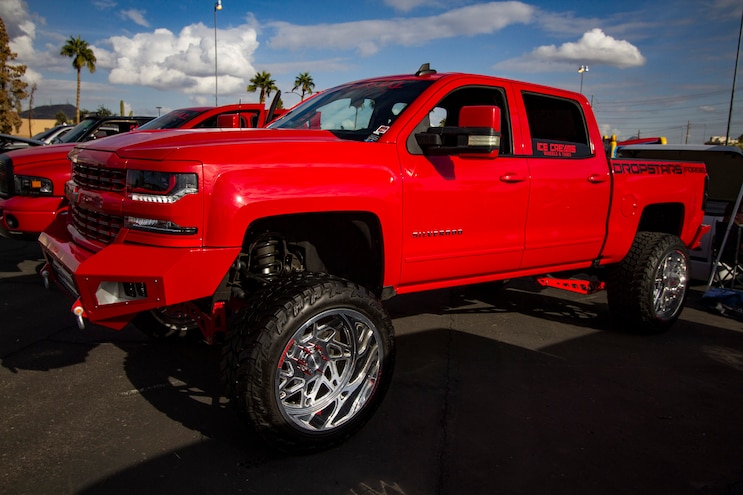 View Photo Gallery | 230 Photos
Photo 2/230   |   Severed In The Southwest Show 2018 Chevrolet
Trucks and other customs began lining up for the show before the sun was up and the gates were opened at 7am to start letting everyone in. With many awards to hand out including Top 75, everyone wanted to get in and get their rides wiped down for judging. Some of the highlights include Best of Show going to Dan Hogan with his beautiful lifted C-10, Truckin’ Magazine cover vehicle Bigg Brown, owned by Brad Bosman, winning Best Interior, Negative Camber taking Club Participation with 20 vehicles and Jose Delgadillo taking Best Fab with his 2004 Silverado built by Lowboy Motorsports. Keep an eye out for a future Truckin’ Busted Knuckles feature on that truck. The Severed crew would like to thank their main sponsor, Switch Suspension, and all of the other companies that make this show possible as well as the participants for bringing their vehicles out for the last 20 years. If you want to check out the Severed in the Southwest Show next year to get in on the fun, check out their page at facebook.com/severedinthesouthwest. 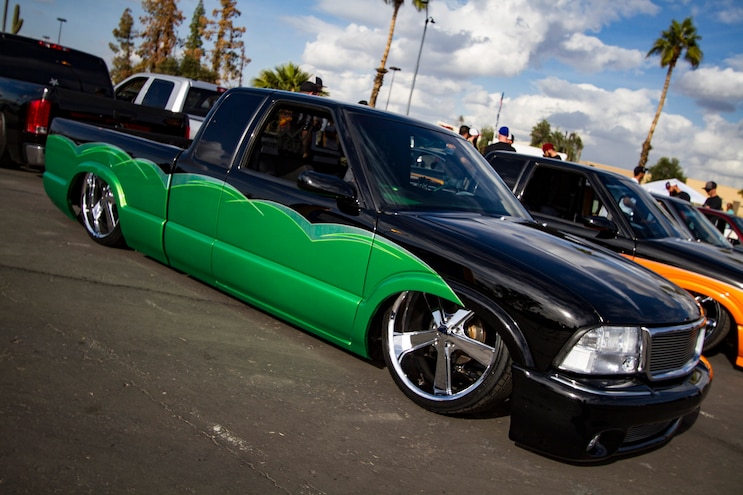