It seems like every year we say it’s “one for the books” when it comes to the lowered and laid-out trucks at SEMA. And this year is no different. We showed up Sunday in anticipation to run around Monday and get a jump on all the killer vehicles arriving up so we could post a preview on trucktrend.com for all to enjoy. The first thing we noticed was no surprise, and that was the sheer number of C10s in attendance. But again, it seems like we say that every year. There was the killer putty-colored ’64 in the FLO Airride Mfg. booth built by Fat Fender Garage. And the teal version built by DWS Classics. How about the Indy Hauler ’76 from Squarebody Syndicate? Or the bright red ’68 GMC from Vision Glass Werx? 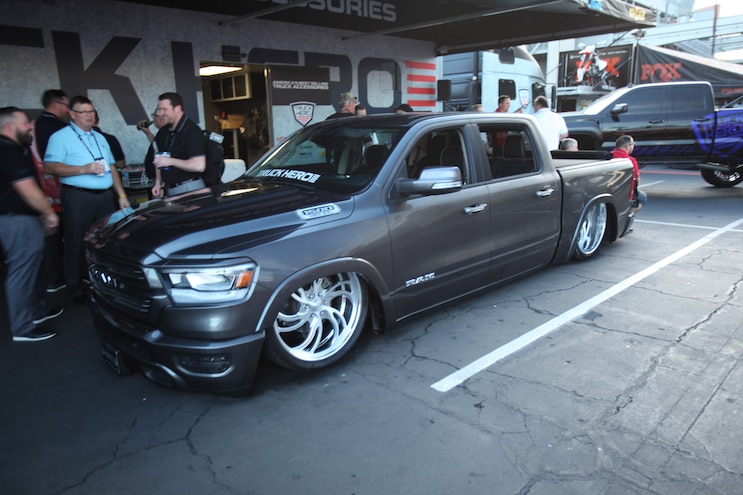 View Photo Gallery | 30 Photos
Photo 2/30   |   30 Best Laid Out Trucks Of Sema 2018 Ram
Then there were the ’19 Rams and Silverados. There were dozens on display throughout the show, but there were five that were already laying flat on the rockers, the majority of which came from our buddy Jake Mckiddie and Phat Phabz. A handful of extremely nice F100s were in attendance, with a pair of red bumpsides from Goodguys and Classic Car Studio.
But the big news of the week was the SUVs. There were more noteworthy Blazers and Suburbans in attendance than we even had room for on these pages, like the blue and silver home-built Sub from Dennis Sever, and the satin blue Blazer and Sub from Tre 5 customs, plus a couple of permanent roadsters that resurfaced in completed form. But the SUV that stole the show was not even a Chevy. A ’76 Ford B100 from River City Rods was transformed into the ultimate low-rolling family hauler. 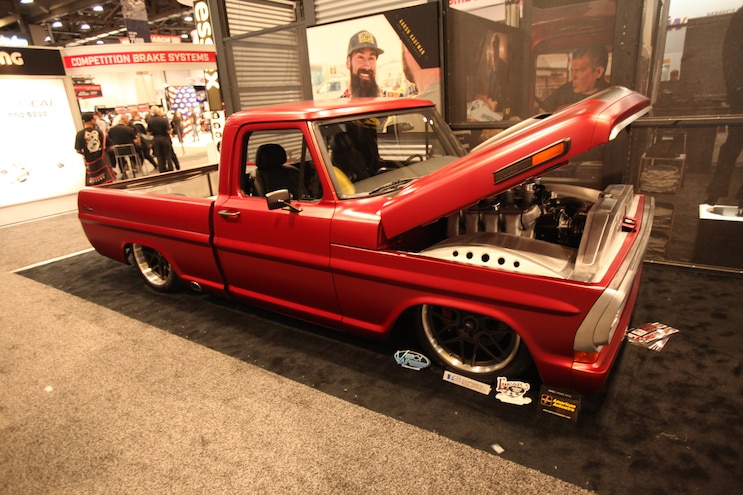 View Photo Gallery | 30 Photos
Photo 3/30   |   30 Best Laid Out Trucks Of Sema 2018 Ford
It was another great year for slammed trucks at SEMA 2018, and even though our favorites are here, all the trucks and SUVS of SEMA are available for your viewing pleasure at trucktrend.com.