The 30 Best Lifted Trucks of SEMA 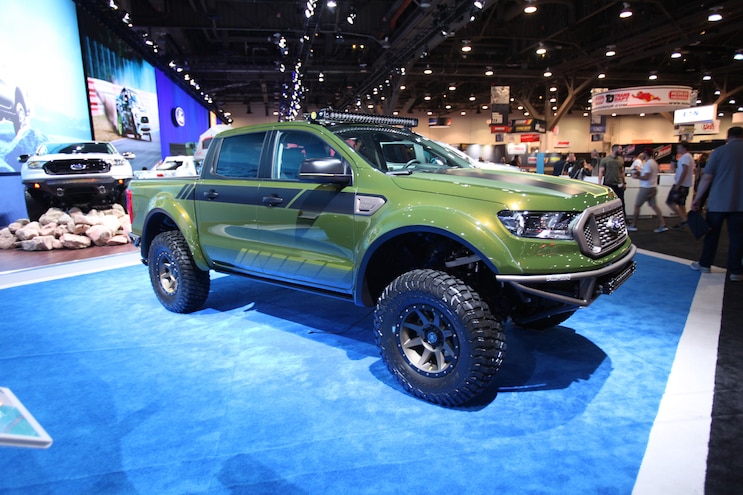 Late-model trucks with giant lifts and an extreme attention to detail have been the bread and butter of SEMA for years now, especially in the outdoor area. Ford, Ram, and GM are all well represented, and there are a handful of Toyotas and Nissans thrown in for good measure. Frankly, it’s overwhelming when there are hundreds of trucks built to this level in one place. You find yourself walking past trucks at SEMA that you would stop and look at for 10 minutes in the Home Depot parking lot. We decided to divide and conquer to make sure we saw everything there is to see over the five days we were on the scene, and, of course, there are several hundred photos on trucktrend.com as a result. 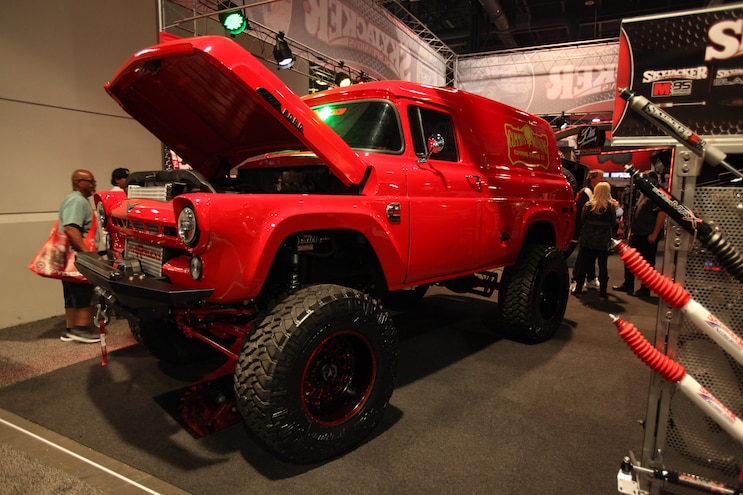 View Photo Gallery | 30 Photos
Photo 2/30   |   30 Best Lifted Trucks Of Sema Cummins
The thing that brought us the most excitement throughout the week was the amount of early-model trucks that are now being tapped for full-tilt builds. There was a beautifully restored/updated Wagoneer in the Mopar booth, a lifted wood-sided Bronco, and when was the last time you saw a Cummins-powered monster F100 panel? There was a squarebody 4x4 and both generations of Blazer that were built to levels of perfection not often seen. Greeting everyone as they walked off the momorail and into the show were a monster dentside F100 and patina’d crew cab Dodge. 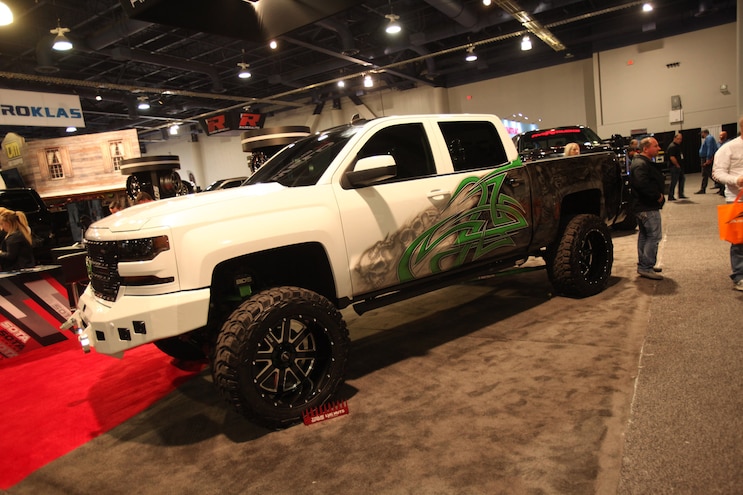 View Photo Gallery | 30 Photos
Photo 3/30   |   30 Best Lifted Trucks Of Sema Chevy
A couple of our very favorites were in the Ford booth, and both of them happened to be built by the creative minds at LGE-CTS suspension, which won the ’19 Ranger contest with its green, prerunner example, while going pretty retro on an Expedition.
It was pretty hard to narrow it down to 30 trucks, so make sure and check out our full coverage at trucktrend.com—it’s literally every truck at the show!