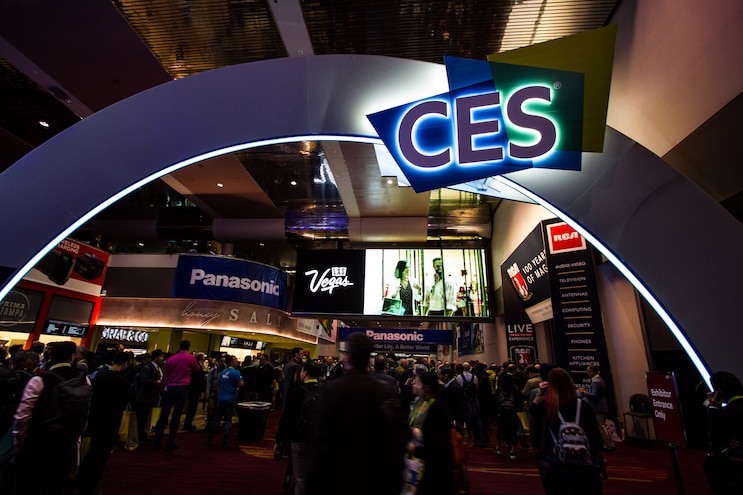 After the ball drops in Times Square and the barrage of fireworks is finished in places like Tokyo, Sydney, Beijing, London, Toronto, and Las Vegas, the tech sector converges on Sin City. Each year, the International Consumer Electronics Show brings visitors from around the globe to Vegas for tech product debuts in order to show the world what’s coming soon and reveal must-have electronics you have to see to believe.
The convention center crews began to unpack and build huge booths designed with eye-catching lighting and inviting displays to exhibit the newest or coolest products coming for sale soon. In the North Hall, where the main mobile electronics area resides at the Las Vegas Convention Center, companies like Kicker, Orion, Kenwood, JVC, and Cerwin Vega had their products on display as well as vehicles set up to attract attention. Over in the Powerbass booth, a massive Ford F-350 Platinum towered over almost everything in the building—except maybe the Furrion Adonis Yacht. Yeah, there was a $5 million, 78-foot yacht inside the building…but that’s just how crazy CES is! 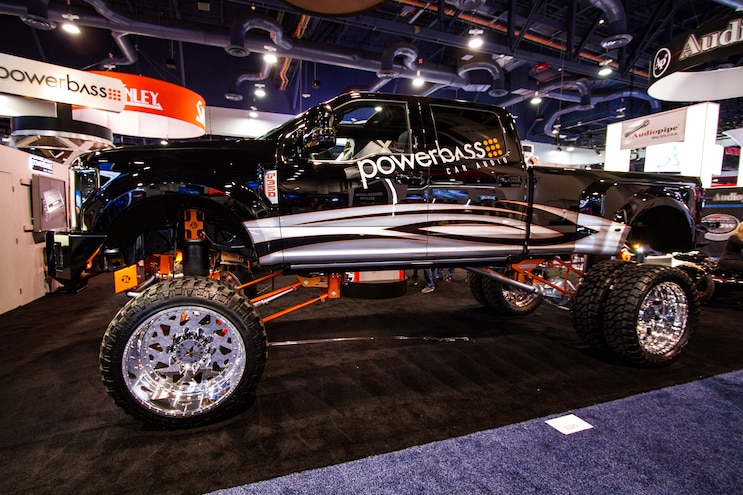 View Photo Gallery | 36 Photos
Photo 2/36   |   CES 2019 F350
Back to the F-350: This beast wasn’t just full of new Powerbass USA gear, it was modified top to bottom and owned by Las Vegas resident Rory Griffith, who is a member of Severed Ties car and truck club. Some modifications to his Ford include a Kelderman front air-ride lift kit, 28-inch American Force Wheels, four Powerbass 12-inch subwoofers ported through to the cab, four monoblock amplifiers powering the subs, Retro Customz iPad dash conversion, two Odyssey batteries, and much more. From year to year, the amount of custom trucks at CES varies. So seeing one of this caliber at the 2019 event was a nice surprise. Look for an upcoming feature on this one for sure. 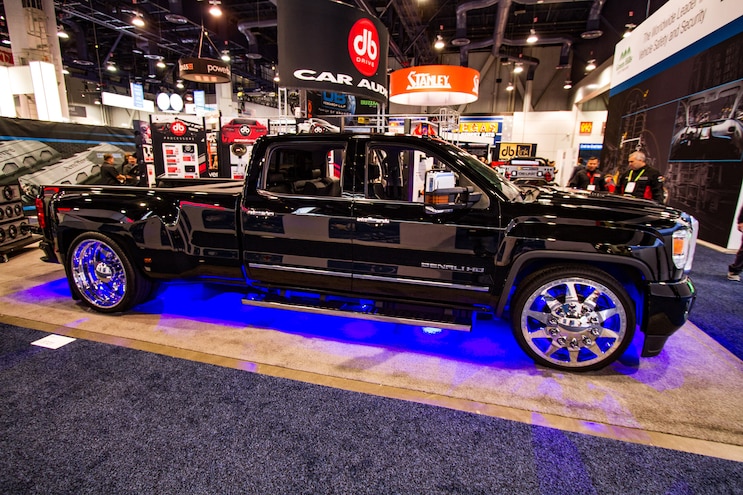 View Photo Gallery | 36 Photos
Photo 5/36   |   CES 2019 Denali
After making the rounds through the North Hall, we took a trip over to the Alpine Electronics suite, which had versions of its Halo-9 system on display amongst its many other offerings. The newest release is a kit for the Tundra, 4Runner, and Tacoma that will allow your Toyota truck to accommodate a huge 9-inch screen without dashboard modifications. It’s easy to get distracted, turned around, and sucked in by everything going on at the Consumer Electronics Show. In an industry in which companies do their absolute best to draw you in until you feel like you “need” to have their newest products, it’s difficult to see everything available. For more information, make sure to check out our special 12-Volt New Products from the show and visit ces.tech.