Nothing Can Stop This Giant 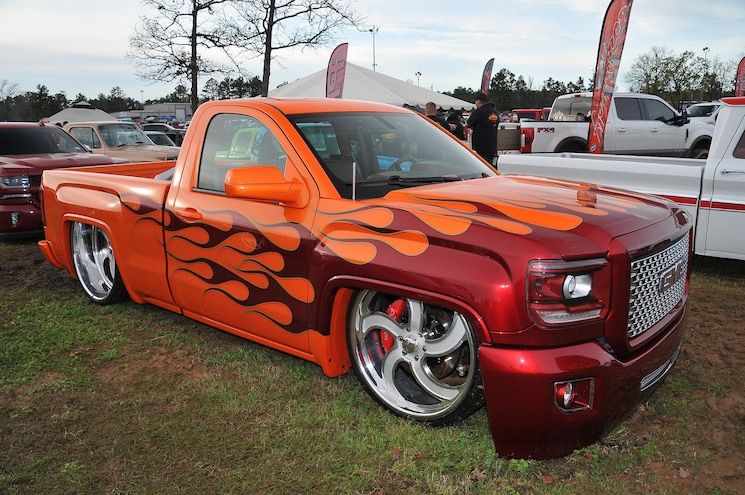 Two things are known as show killers; inclement weather and mud. Those two obstacles were no match for Lonestar Throwdown in Conroe, Texas. LST is such a massive event that not only is it the opening to the show season but also is so large that they cap the entries to 2,000 vehicles. That’s done simply because any more vehicles would make it near impossible to move around. Although the rain and mud tried to hamper the excitement and anticipation of the opening show, it just could not. While there are many places for custom trucks to be in the enclosed areas for the show, like the indoor arena taken by the American Force wheels take over, thousands of vehicles were spread thinly around the non-muddy grounds. The weather proved to be a bit bipolar as Saturday was dark and gloomy, and on Sunday was nothing but sunshine. 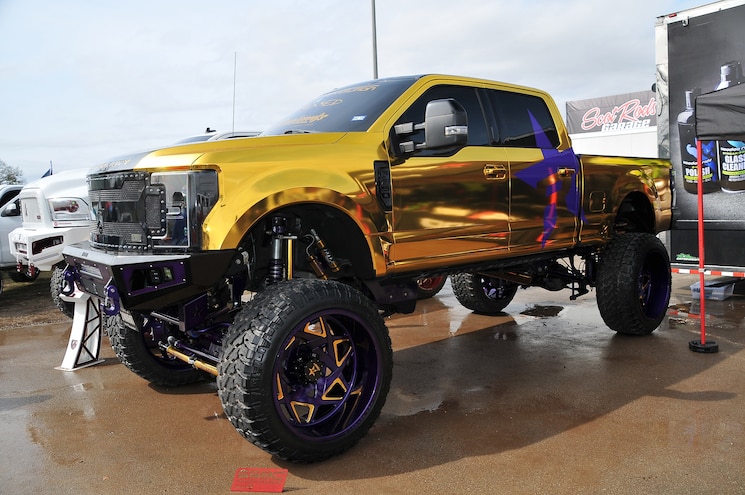 View Photo Gallery | 198 Photos
Photo 2/198   |   Lonestar Throwdown 2019 F250
The sponsors that made LST possible are PSE, AllOut OffRoad, American Force Wheels, Phat Phabz, Summit Racing, Kicker, Alamo Customs, Accuair and many more. Some of the highlights were Brandon Smith’s bright yellow ’48 Chevy Pickup named Conundrum that not only commanded attention but also took some hardware home by winning the Best of Show award custom made by Phil Cholette from Canada. Jake McKiddie and Phat Phabz were outdoors showing everyone how to bag and body the newest and latest models. In what’s considered a cover-truck show, Lonestar Throwdown is the largest and best quality show in the country for custom trucks. Show promoters Lonnie Ford and Todd “Radar” Hendrix wish to thank everyone who attended and showed their vehicles and for making LST 2019 power through the weather making it their best quality show to date. 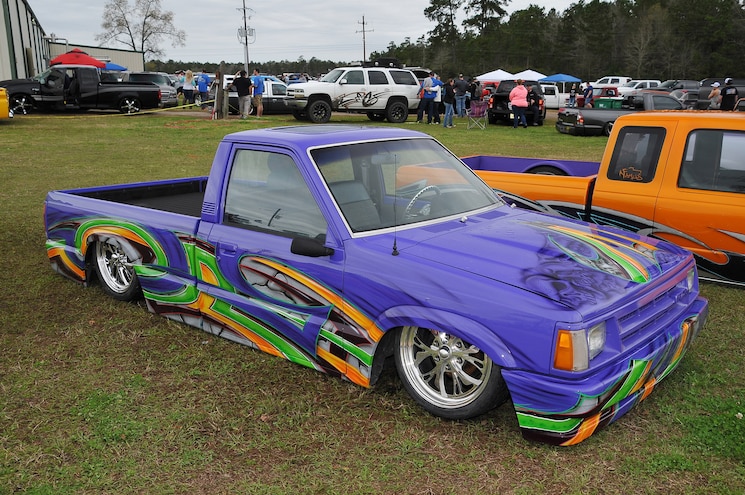