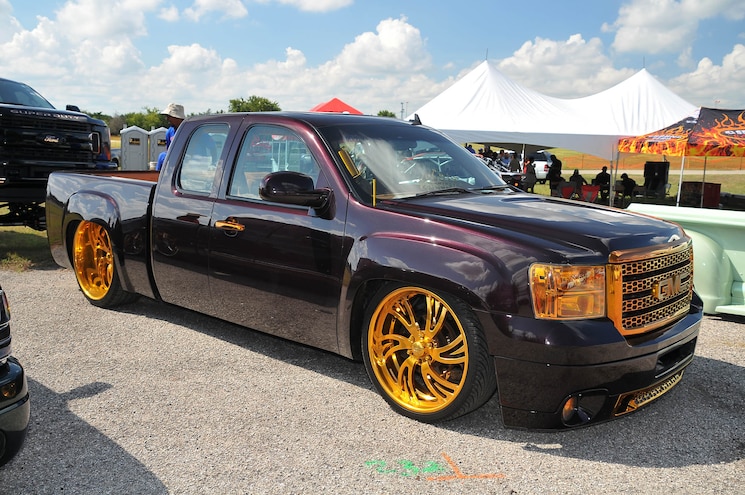 Not many shows can boast about holding their 30th anniversary but Texas Heatwave can. Back in 1989, David MacDonald and his truck club Friends-N-Motion, got tired of being run off mall parking lots and other locations they all gathered at. They put together Texas Heatwave which got its name from how hot Texas is in the summer. Although it was started in a small camping area, it's now grown to one of the very largest shows in the entire state. Now located at Travis County Expo Center in Austin, Texas, Texas Heatwave pulled in more than 2300 total vehicles and over 20,000 spectators walked through the gates making it the most successful show to date. 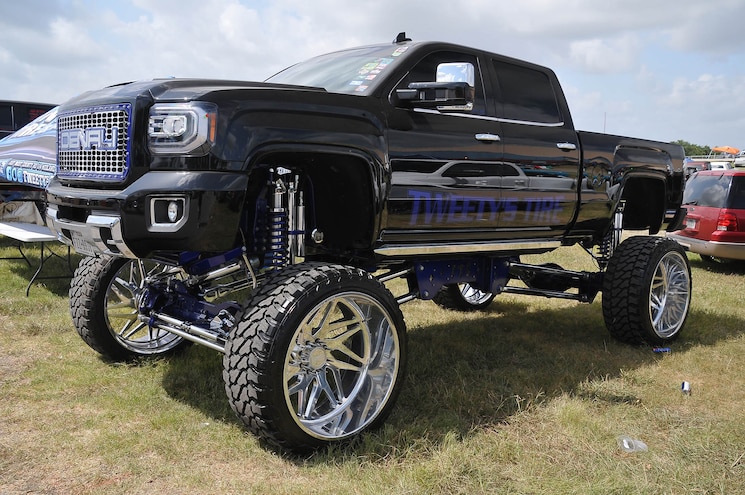 As the list of sponsors grows every year, Custom Sounds and Tint remain the title sponsor with Maximum Altitude presenting the show. American Force, Elite Customs, 805 Beer, Xtreme Mudder, Mad Gear, Intro Wheels, AI Off-Road and USA Motorsports on board with sponsorships as well. Once you venture beyond the thousands of vehicles at the show, other events can draw you in like the USACI Sound Off Competition, Heatwave Burnout Competition, the Hydraulic Battle inside the area, TCW Wrestling, a BMX Bike Stunt show, a world famous bikini contest, a tattoo contest, helicopter rides and a giant kid's area for all the parents with kids. 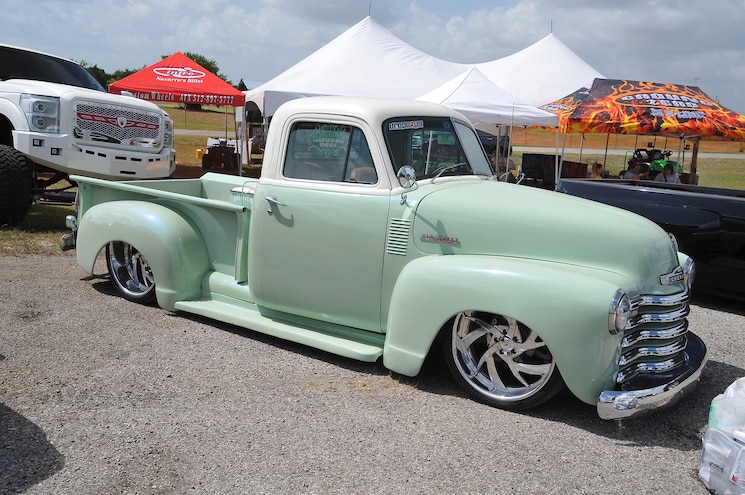 Promotions Director, Chris Schneider, decided he would also hold his wedding at the event as he and Brianna tied the knot on stage. President and Owner of Texas Heatwave, David MacDonald, wishes to thank everyone that participated and made the 30th anniversary the success it has become. For more information or show dates, log on to www.HeatwaveShow.com.