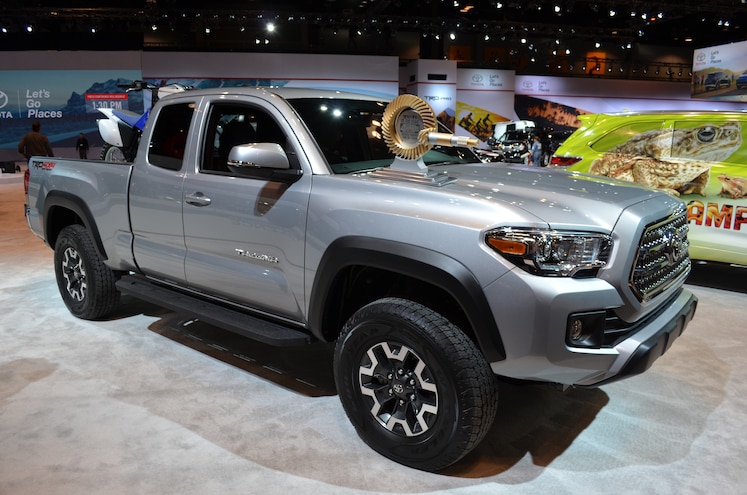 After a week of thoroughly testing this year’s competitors in 4-Wheel & Off-Road’s 4x4 of the Year test, the 2016 Toyota Tacoma TRD Off-Road came out on top. After the dust settled and we tallied all the scores, the only thing left for us to do was present our Ring & Pinion award for the winning truck in person.
The 2016 Chicago Auto Show presented the perfect opportunity to hand off our coveted award to the team from Toyota. In a ceremony in front of the winning truck with Content Director Sean Holman and Toyota Division Group VP and General manager Bill Fay, we handed over the coveted award for the 2016 4x4 of the Year champion, the 2016 Toyota Tacoma TRD Pro. 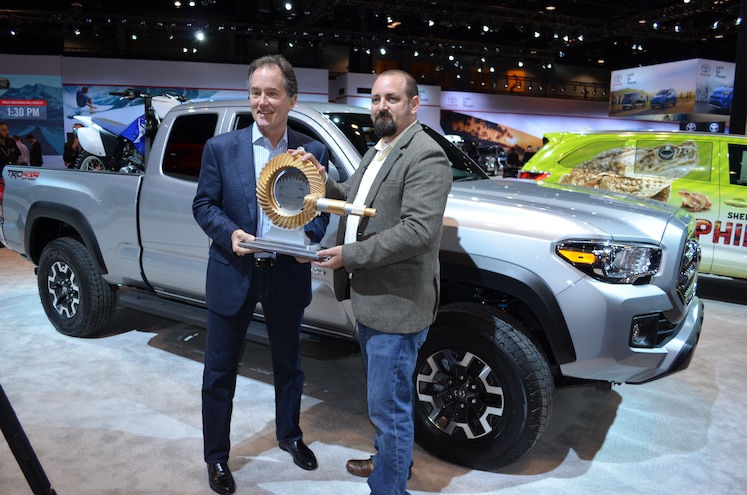 View Photo Gallery | 10 Photos
Photo 2/10   |   Sean Holman Handing Off Award
The entire team from Toyota was ecstatic to accept the award for their very capable Tacoma that was deserving of this year’s Ring & Pinion award. With its awesome off-road performance, trail-ready technology, updated exterior and interior, and a potent drivetrain, it’s not hard to see why the 2016 Toyota Tacoma TRD Off-Road won.
Read more about how the Tacoma beat the competition in our 2016 4x4 of the Year test here.