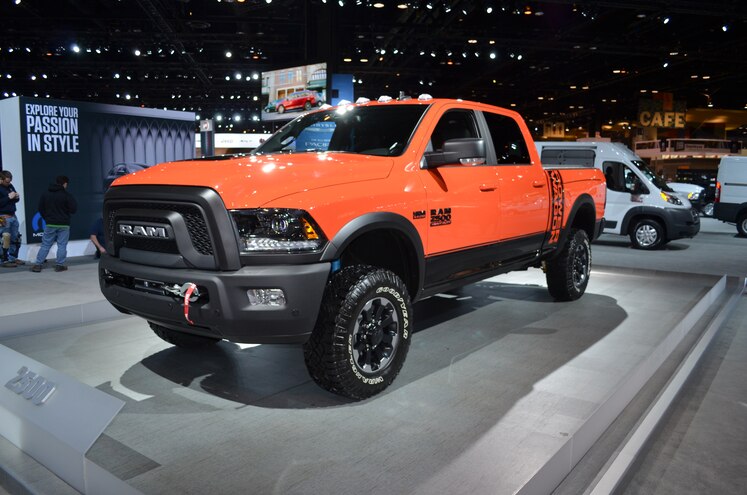 The 2016 Chicago Auto Show was definitely the show to be at if you like trucks, and if you love trucks that were built to wheel, this was the show to be at. With announcements from Toyota, Ram, Nissan, and even Mercedes-Benz about new trucks that were made to live in the dirt, Chicago did not disappoint. Check out the Top Five trucks unveiled at the 2016 Chicago Auto Show that we can’t wait to get on the trail.
5. 2017 Nissan Titan Non-XD 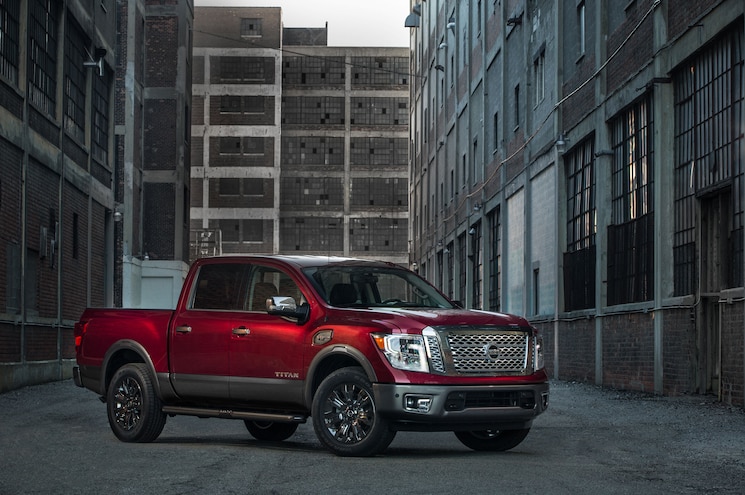 View Photo Gallery | 26 Photos
Photo 2/26   |   2017 Nissan Titan Platinum 4x4 Half Ton Front Quarter 02
With the announcement of the Nissan Titan XD, we knew there would be a new non-XD version of the Titan coming down the road. Well, the road ended, and the new Titan was unveiled. With an all-new chassis, body, and V-8 engine, the non-XD Titan is ready to compete in the tough 1/2-ton segment. We like the new Titan XD and have high hopes for the smaller, yet powerful, regular Nissan Titan.
4. Mercedes-Benz Sprinter Extreme Concept 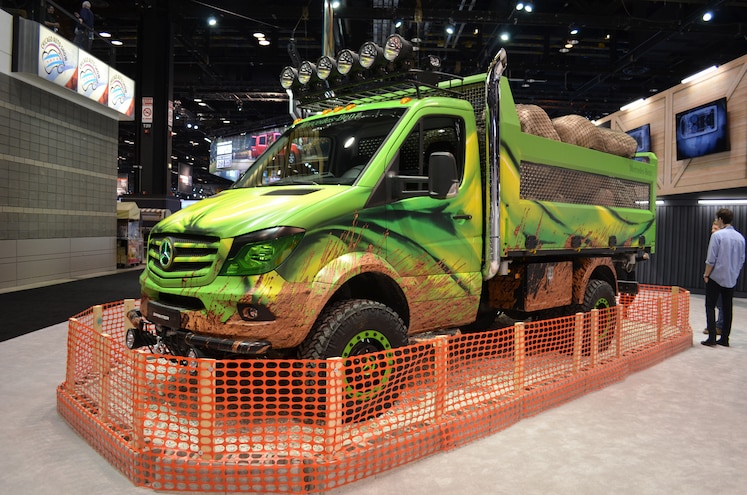 View Photo Gallery | 26 Photos
Photo 7/26   |   116 2016 Chicago Auto Show Wrap Up
While this truck is actually a concept, you can build a Sprinter truck using the standard Mercedes-Benz 3500 Cab Chassis. This heavy-duty workhorse packs a stout diesel engine with a payload capacity of 6,400 pounds and a 7,500-pound tow rating. With real beadlocks, Vision-X HID and LED lighting, and all-terrain tires, this Mercedes truck is ready to work or wheel anywhere.
3. 2017 Toyota Tacoma TRD Pro 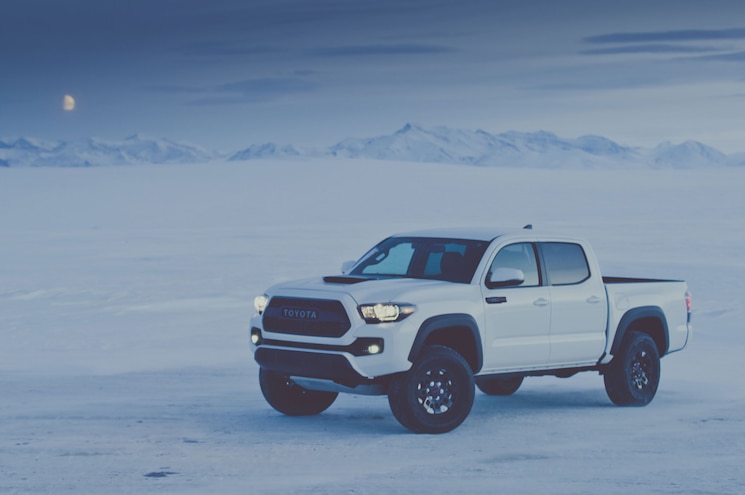 View Photo Gallery | 26 Photos
Photo 12/26   |   2017 Toyota Tacoma Trd Pro Front Quarter In Mooonlight
The 2017 Toyota Tacoma TRD Pro looks killer, and from the specs announced, it should be a dirt-eating machine. With Fox 2.5-inch internal bypass shocks font and rear, a 1-inch lift over standard 4x4 Tacoma’s, Active Traction Control, a locker, and a 1/4–inch front skidplate, this all-new Tacoma should go almost anywhere. With killer good looks this capable Tacoma is sure to be a hit with more than just Toyota fans.
2. 2017 Nissan Armada 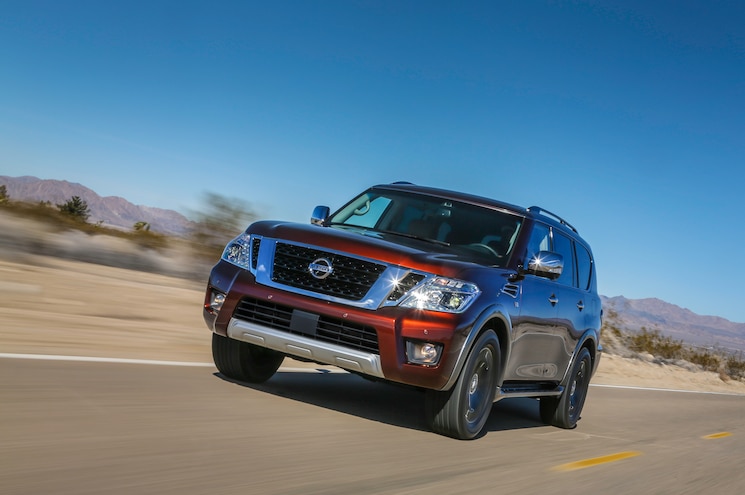 View Photo Gallery | 26 Photos
Photo 17/26   |   2017 Nissan Armada Front End In Motion
While it might not be exactly what was expected from Nissan in terms of an all-new SUV, it still has plenty of much-needed improvements over the outgoing model. The 2017 Armada is a rebadged Nissan Patrol, which will look familiar to those who have visited the Middle East or South America. The Armada also shares styling cues from the Infiniti QX80. Improvements for the 2017 Armada include using the powerful 5.6L V-8 with 390 hp and 401 lb-ft of torque, improved fuel economy, and LED headlamps, as well as an all-new interior and overall smaller dimensions.
1. 2017 Ram Power Wagon 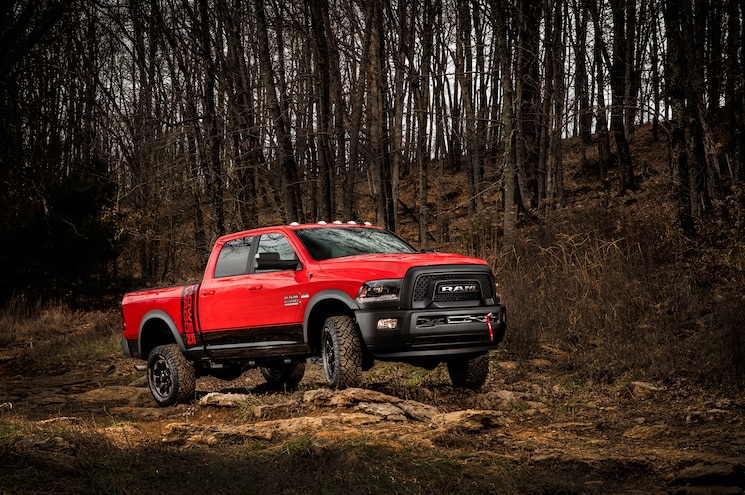 View Photo Gallery | 26 Photos
Photo 22/26   |   2017 Ram 2500 Power Wagon Front Three Quarter 04
The 2017 Ram Power Wagon is ready for whatever you can throw its way, with a burly 6.4L Hemi engine, 33-inch tires, plenty of suspension articulation, and electronic lockers front and rear, this truck can go anywhere! If you get in trouble, the standard Warn winch will help you get out. The coolest part of the 2017 Ram Power Wagon is that you can get it in a Tradesman trim level, meaning you can get a work truck with all the capability of the fully loaded version.