NAIAS Did Not Disappoint 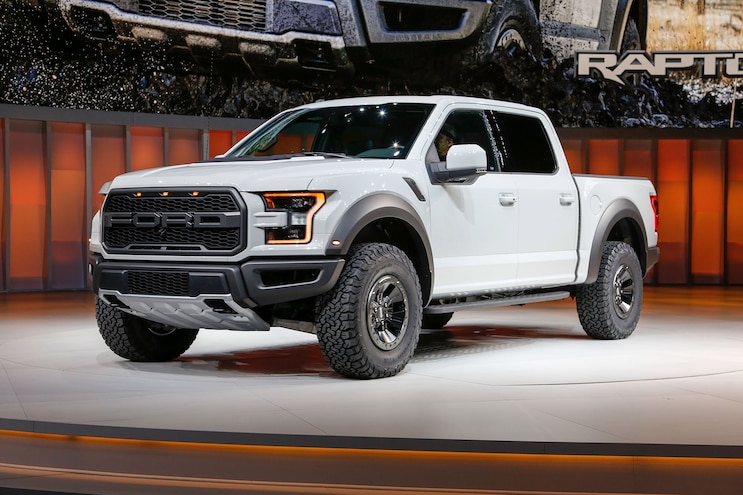 Now that were back home form a busy North American International Auto Show (NAIAS) and finally warm, we wanted to recap some of the coolest vehicles we saw in Detroit.
With plenty of new vehicle reveals from top automakers, the excitement in the COBO Center was palpable. Here are the Top 5 vehicles that everyone couldn’t stop talking about.
Nissan Titan XD Warrior Concept 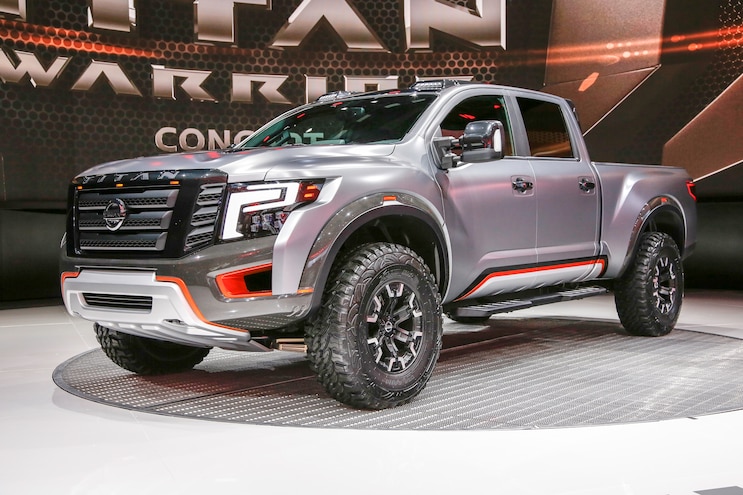 View Photo Gallery | 38 Photos
Photo 2/38   |   Nissan Titan Warrior Concept Front Three Quarters
Nissan has stepped up its truck game, first introducing the Nissan Titan XD with at the 2015 Detroit auto show and unveiling the Titan XD Warrior concept at this year’s show. This off-road ready beast features a 3-inch lift and a track widened by 6 inches to improve wheel travel and make room for 37-inch tires.
With the performance suspension taken care of stunning visual cures were added. Flared fenders and bedsides were installed with carbon-fiber fender flares. A tailgate wing and a cab wing were added, as well as roof-mounted LED lights to finish off the exterior carbon-fiber details. The interior wasn’t ignored either: auxiliary gauges, premium trim pieces, and hot/cold beverage storage were also added, giving this off-road machine every comfort you’d want in a daily driver.
2017 Ford Raptor SuperCrew

View Photo Gallery | 38 Photos
Photo 7/38   |   2017 Ford F 150 Raptor SuperCrew Front Three Quarter 02
We love the Ford Raptor -- always have -- and they have hit the nail on the head with this stunning 2017 model. We were introduced to the extended cab Raptor at last year’s show, and this year we got up close and personal with the SuperCrew version. With four full doors, this truck configuration is sure to be a popular model.
While Ford has kept power numbers for the high-output 3.5L Ecoboost V6 engine close to the vest, we can confirm that suspension travel will be more than the outgoing generation of the Raptor, and with new 3-inch internally bypassed Fox Racing shocks, we bet the ride has improved as well. With a lighter body and more power than the all-but-dead 6.2L V-8, we can’t wait to test one of these in the Southern California desert!
2017 Honda Ridgeline 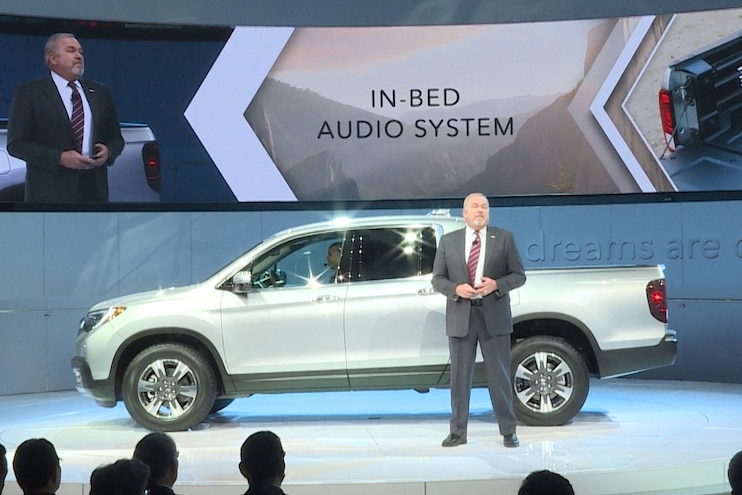 View Photo Gallery | 38 Photos
Photo 12/38   |   2017 Honda Ridgeline
The 2017 Honda Ridgeline wasn’t quite what we were expecting from the early photos we saw, with what appeared to be a real bed, which got excited that the new Ridgeline may actually be a body-on-frame truck.
The new Ridgeline isn’t all bad. It still features the awesome dual-action tailgate, in-bed truck, and a ton of interior storage. While we were hoping for more of a truck, this updated entry into the midsize truck market did get us excited for a growing segment of midsize pickups, especially with the confirmed Jeep pickup and the rumored new Ford Ranger that will both be here by 2020.
AEV Jeep Brute Truck 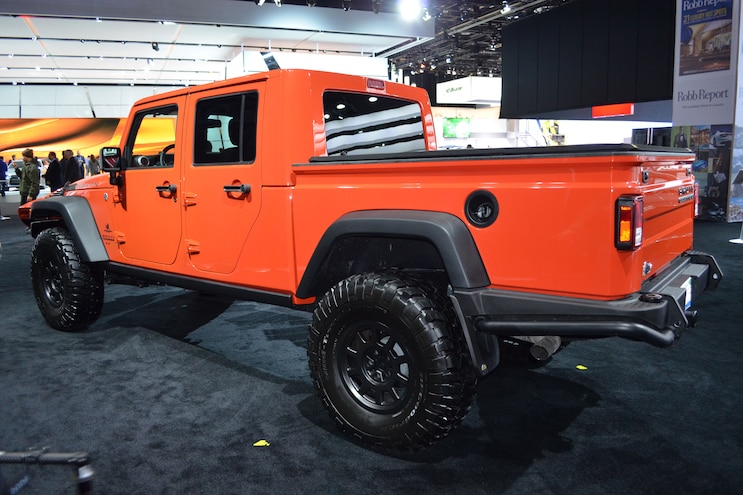 View Photo Gallery | 38 Photos
Photo 17/38   |   2016 Jeep Wrangler Brute Pickup Rear Three Quarter
With the conformation from Mike Manley about the upcoming Jeep Wrangler pickup at the show, we immediately made our way to this beautiful AEV Jeep truck and wondered how similar the Jeep-designed one would look.
Many Jeep fans have been asking for a new truck for a long time, and they are finally going to get it -- by 2019, that is. Until we get official photos from our friends at Jeep about the new Wrangler pickup, enjoy this beautifully built AEV JK pickup.
2017 Ford GT 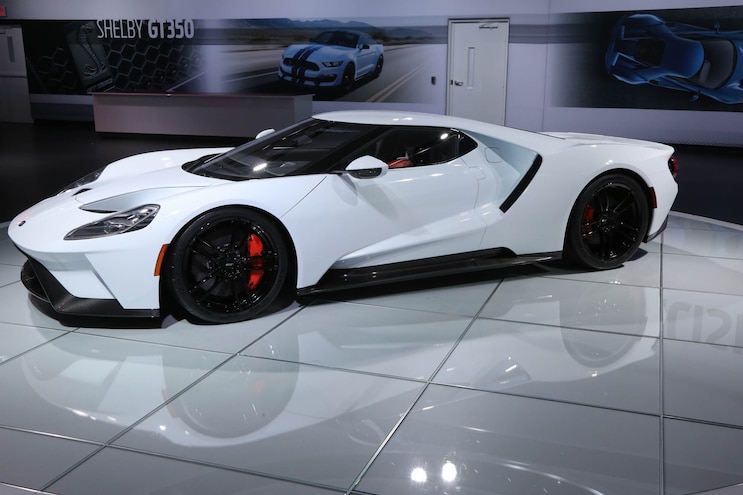 View Photo Gallery | 38 Photos
Photo 22/38   |   034Detroit Auto Show 2016 Ford GT White Production Car Launch Control Orange
We know it’s not a truck! However, it was probably the sexiest thing that graced the showroom floor, even in its stark white exterior color. And come on, it’s a Ford GT! Enjoy the photos of this masterful piece of automotive design that is most certainly out of our price range!