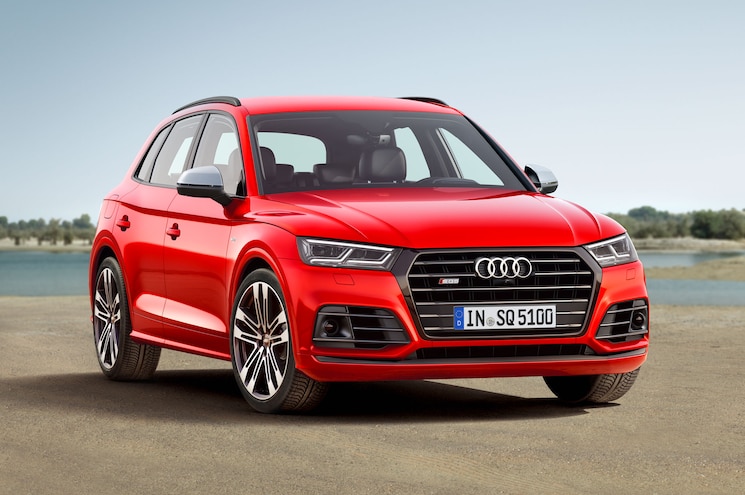 In the early days, the measure of an SUV’s legitimacy was how easily it could traverse the Rubicon or wade through 3 feet of running water. Today, context is everything, and one of the fastest-growing segments of SUVs are luxury models. Audi has several competitive entries in this segment, with more to come. In fact, company executives have publicly stated that they expect SUVs will be key to the brand’s future growth. You won’t likely see the SQ5 sliding its rockers against boulders in Moab or Northern California, but you’ll see plenty of them in Silicon Valley, South Beach, and Santa Monica. For 2018, Audi makes some key upgrades to its performance midsizer, which promises to make this fun-to-drive hot-ute even more engaging. 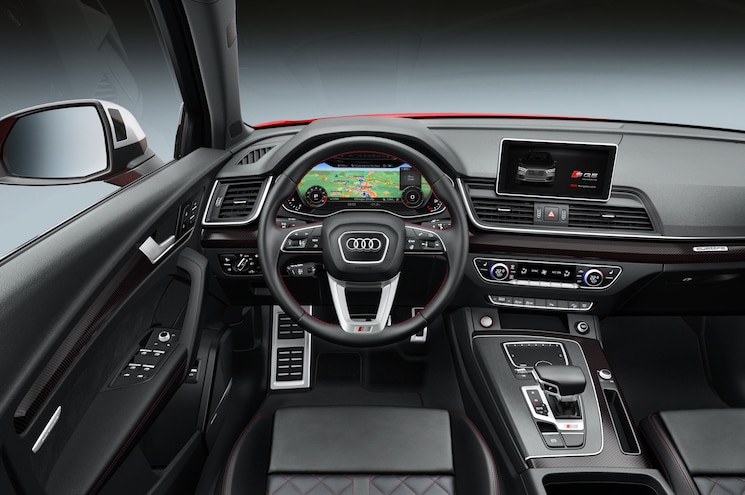 View Photo Gallery | 21 Photos
Photo 2/21   |   2018 Audi Sq5 Interior Driver Side View
Bye-Bye Blower, Hello Turbo
Any logic to German alphanumeric codes went out the window a long time ago. For years, Audi has affixed the “T” suffix to any of its models that have forced induction, which today, is all of them. The 3.0T V-6 is actually supercharged, or has been until now. For 2018, the SQ5 ditches its twin-screw supercharger for a turbo, mounted inboard, making the engine a “hot-V” configuration. Horsepower remains unchanged over its predecessor at 354, but torque gets a significant bump from 346 lb-ft to 369 lb-ft. Even more significant than the 23 lb-ft bump is the delivery. The supercharged engine delivered peak torque from 4,000 to 4,500 rpm. The new turbo engine summons the twist a lot sooner, from 1,370 to 4,500 rpm, promising more forceful acceleration. Interestingly, Audi claims the same 0-60 time as its predecessor at 5.1 seconds. As with the outgoing model, the only transmission choice is an eight-speed conventional torque-converter automatic transmission with paddle shifters.
Riding on Air
The other major update for 2018 is an available adaptive air suspension, allowing for ride height and firmness adjustability. The system lowers the vehicle by as much as 30 mm (1.2 inches) and can also raise the suspension for improved ground clearance on more rugged terrain. The four selectable modes for the suspension are comfort, auto, dynamic, and individual. Also available on the SQ5 is adaptive, variable-ratio steering to improve straight-line stability at high speeds and enhanced maneuverability at lower speeds. 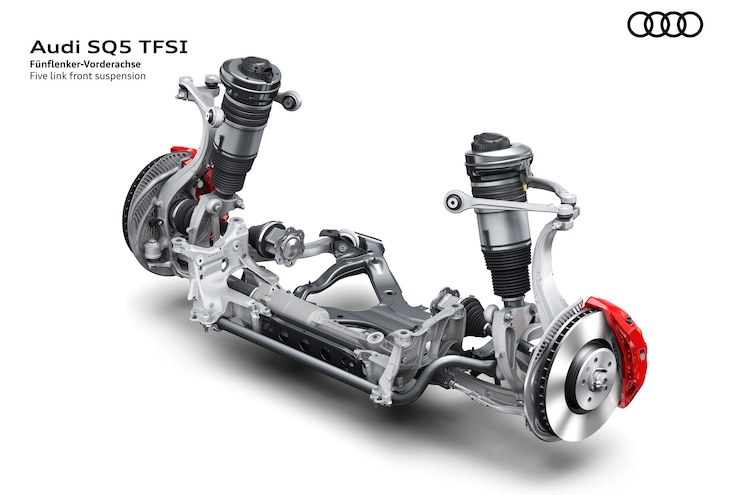 View Photo Gallery | 21 Photos
Photo 3/21   |   2018 Audi Sq5 Front Suspension Detail
Externally, the styling changes are evolutionary rather than revolutionary, consisting of a subtly revised grille design, updated LED headlights and taillights, and aluminum side mirrors. On the inside, the SQ5 gets increases in rear legroom and shoulder room, as well as increased cargo capacity with the second-row seats folded. Apple CarPlay and Android Auto are standard, with Audi’s MMI Touch handwriting-recognition technology available, and an optional Bang & Olufsen premium sound system with 3D sound. Audi’s “virtual cockpit” can change the configuration of the gauges, adding a boost gauge and lap timer in Sport mode. A full-color heads-up display is also available. Audi’s Pre Sense automatic braking system is standard. Pricing and fuel economy information will be released closer to the SQ5’s on-sale date of spring 2017. Expect a starting price higher than the 2017 SQ5’s $54,250.
Source: Audi