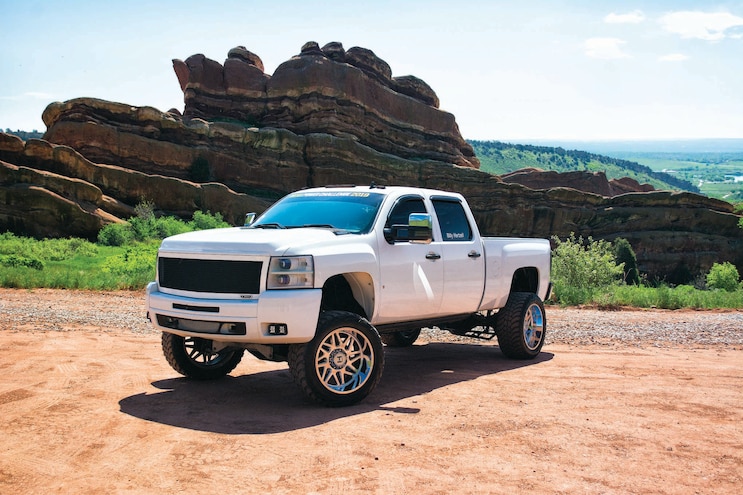 Although Billy Hartzell of Moon Township, Pennsylvania, was born into a motorsports family, he is something of a rebel in that his passion lies in oil-burning monsters—not high-performance gassers like the rest of his kin. Still, the 24-year-old backs up his mutiny with a very well prepared '08 Chevrolet Silverado 2500HD, selected to compete in Diesel Power Challenge 2019 Presented by XDP.
"I have always found some odd pleasure in taking something that was never meant to be fast and turning it into an animal," Billy says. "I ended up here because last year at Ultimate Callout Challenge 2018, two of our close friends were selected for DPC 2018. So between UCC and DPC, it was crunch time on two trucks." Billy actually attended DPC 2018 as a teammate, supporting Shayne Merriman and his Cummins-swapped '74 Ford F-250. 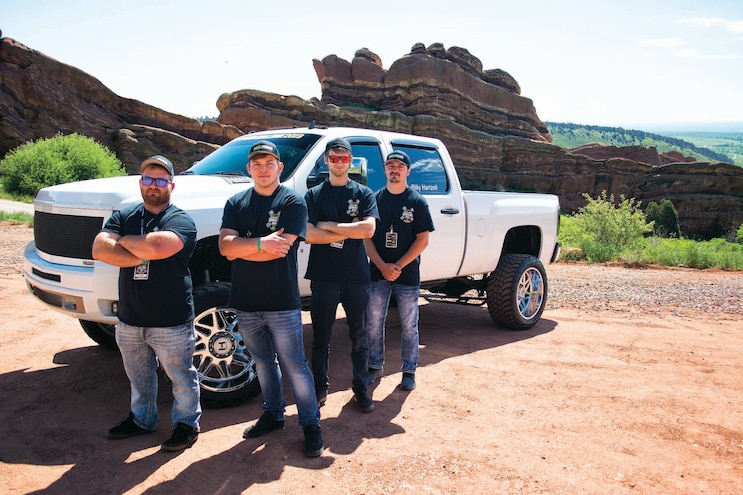 View Photo Gallery | 13 Photos
Photo 2/13   |   DPC2019 Competitor Billy Hartzell Team
At last year's event, Billy took some ribbing that he would end up attending DPC 2019 as a competitor. "It really got my wheels turning, so as the summer went on, I started to get more serious about the idea." Goading him along were his friends at FTK Diesel, Ray McClelland and Bruce Campbell (Billy occasionally works as a shop rat [his words] at FTK). Shortly after Billy submitted his truck for DPC 2019, the 6.6L Duramax engine lifted a head and cracked two pistons, so Billy, his brother Eric, and Ray pulled the powerplant and transmission. The pickup's lifeless shell sat until Billy found out he'd made it into the voting round, and that night he and Ray set out an entire build plan for the heavy Chevy. 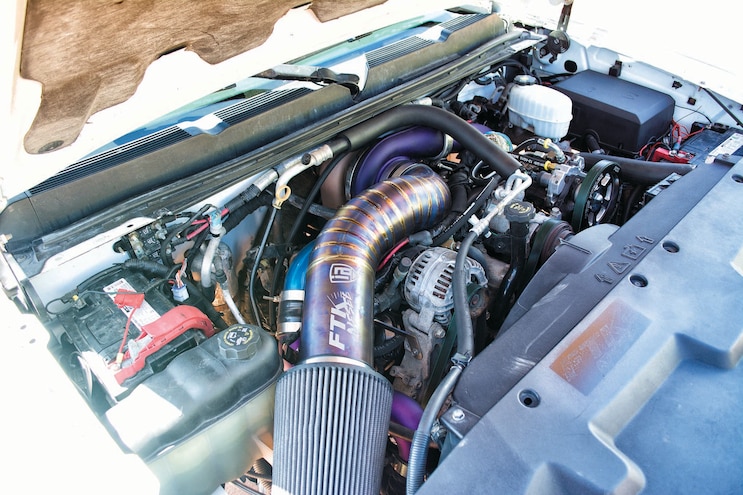 View Photo Gallery | 13 Photos
Photo 3/13   |   DPC2019 Competitor Billy Hartzell Engine
Wagler Competition came on board with a Callies crankshaft, forged pistons, billet connecting rods, an alternate-firing-order camshaft, and plenty more. "The only part left stock is the block itself," Billy says. The Mishimoto intercooler and BorgWarner S475 turbocharger (modified by Tater Built Turbo Chargers & Machine) made the jump from the old setup to the new one.
With the engine dialed in, Billy turned his attention to the truck's appearance. In went a custom leather interior from Roadwire, a powdercoated turbocharger and piping, new Cognito Motorsports control arms, and more. Already riding high on a BDS Suspension 7.5-inch lift, the frosty white Silverado casts an imposing shadow, with almost as much show as go. 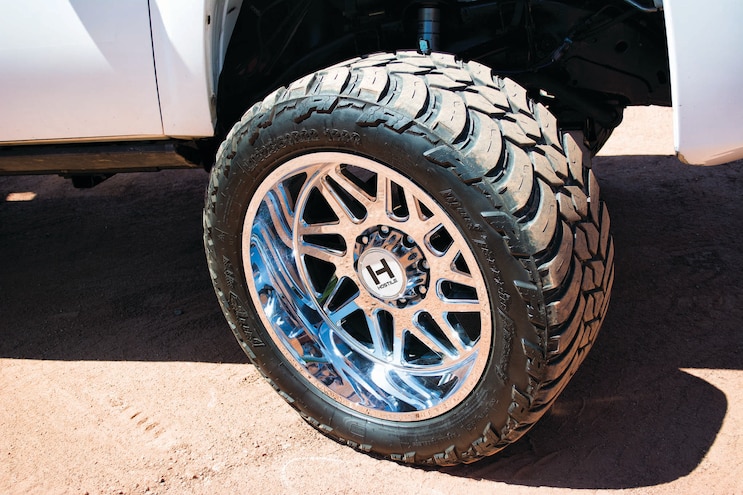