DPC Veteran Feels Experience Is a Big Key to Winning 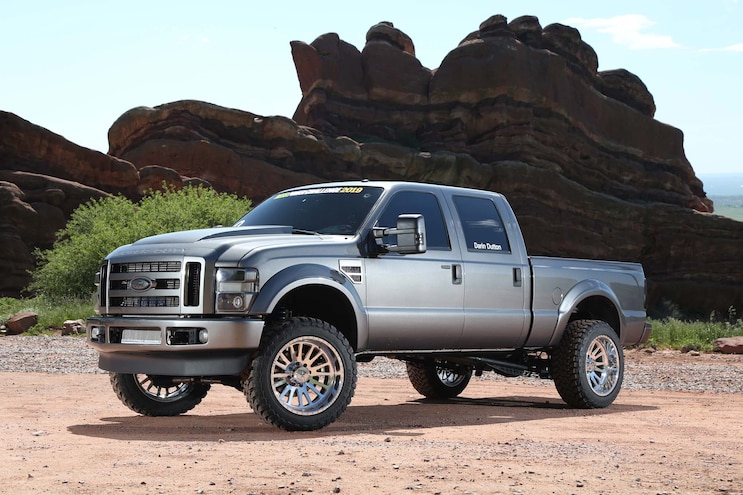 Darin Dutton is a 29-year-old journeyman lineman from Severance, Colorado, who was bitten by the diesel-performance bug in 2012, when he bought and started modifying his beautiful '09 Ford F-350.
"I have not stopped messing with it since I put the first few upgrades on it, and it has only experienced a few shortcomings since I've owned it (one of them being the 6.4L Power Stroke engine's infamous piston-casting flaw)," Darrin says. "Fortunately, I happen to live within a few miles of 6.4L guru (and Diesel Power Challenge Class of 2015 alum) J.D. Gleason, who helped me map out and build a solid powerplant that includes the compound-turbocharger setup that was on his truck. 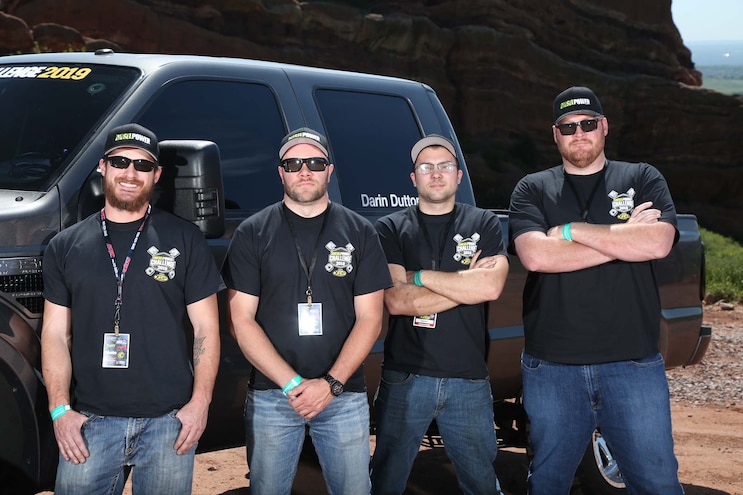 View Photo Gallery | 21 Photos
Photo 2/21   |   Dpc2019 Competitor Darrin Dutton Team
"While building the engine, I also became good friends with Justin Summers of Auto Trends Motorsports (2018 crew alum) and Garrett Osen (2018 alum). I have followed the Challenge since I started modifying my truck and had dreams of competing someday. So, when Garrett asked me to be a member of his crew last year, you can imagine how excited I was to be part of that.
"The only notable change we are making for Diesel Power Challenge 2019 has to be using Garrett's 82mm atmospheric turbo, as mine is at Precision Turbo being refreshed, and I don't believe it will be ready in time for the competition. There are also a few special transmission parts we made sure to install specifically for DPC. Other than that, there really aren't any major changes. 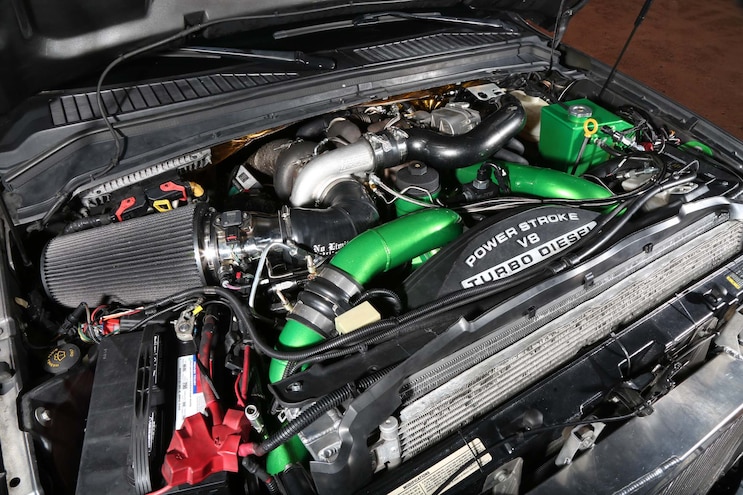 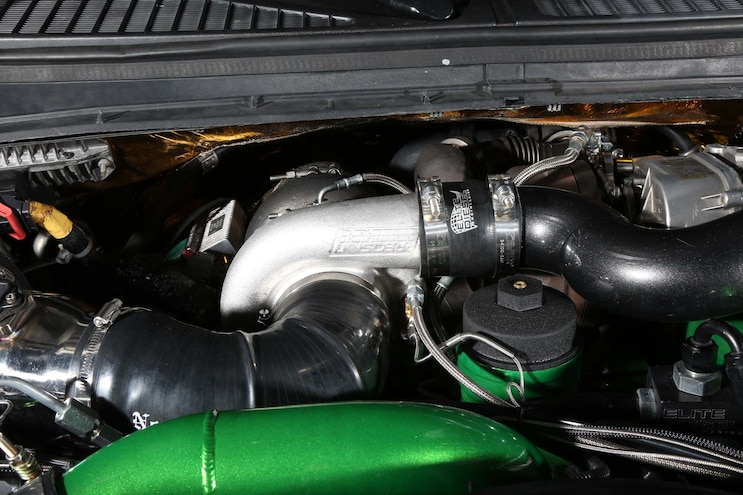 View Photo Gallery | 21 Photos
Photo 4/21   |   Dpc2019 Competitor Darrin Dutton Turbo
"The road leading up to KJ Jones calling me and letting me know I was voted in and invited to compete was rough for sure," Darin continues. "J.D., Justin, and I have more than our fair share of blood, sweat, and work invested in getting the truck where it is. There is no doubt the truck would not be ready without those two, as well as Nathannial DeLong of Rudy's Performance Parts, who assembled the engine. He's definitely one of the best in the industry!"
This was the first year Darrin entered. "I was absolutely ecstatic to receive the good news not only for the opportunity to compete, but it was incredible just to be highlighted in Diesel Power and considered by fellow readers. Words can't really describe what a cool feeling it is to be a competitor this year. I feel pretty confident I can represent the Ford team proudly, and I'm prepared to give it everything I've got and bring home the win." 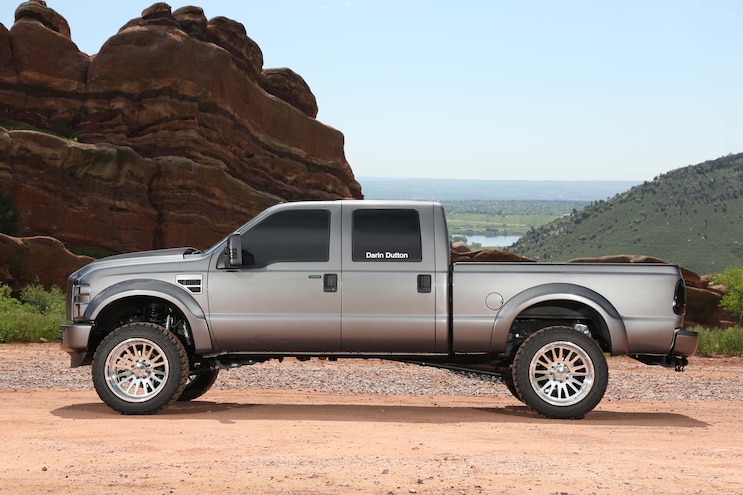 View Photo Gallery | 21 Photos
Photo 5/21   |   Dpc2019 Competitor Darrin Dutton Side View
Darrin says, first and foremost, he believes that having a team comprised entirely of Diesel Power Challenge veterans J.D., Justin, and Sam Gabel (a 2018 crew alum) gives him an edge over the competition. He also feels being from Colorado and living at high altitude gives him an upper hand because he knows how high-performance diesel trucks perform in thin air.
"I think the DPC segments I will probably do well in are the sled pull and the drag race—with and without the trailer. Being selected for DPC 2019 is a privilege and an honor. I'm just incredibly happy to be part of it." 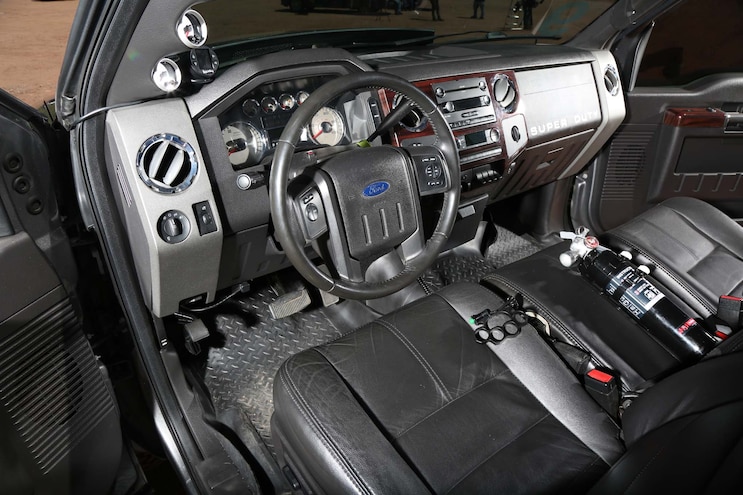