Pursuing Performance From Tractors to Trucks 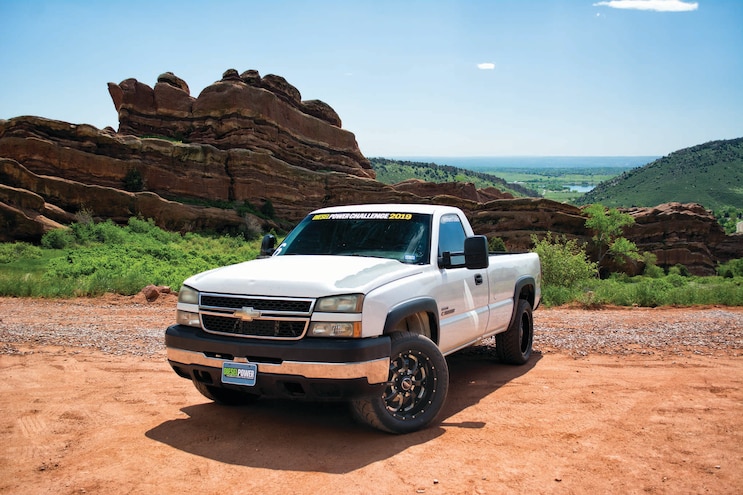 The third time is the charm for Richard Coker of Midland, Texas. Having entered DPC twice previously, Richard's '06 Chevrolet Silverado 2500HD was selected to compete at Diesel Power Challenge 2019 Presented by XDP—and not a moment too soon, as he plans to take the truck in a different direction after the competiton.
Richard owns Performance Fueled, a shop that specializes in filtration and injection technologies for diesel trucks (as well as LS-platform gas engines). As such, he's no stranger to the mechanical scene, and his upbringing helped him build a solid pickup. 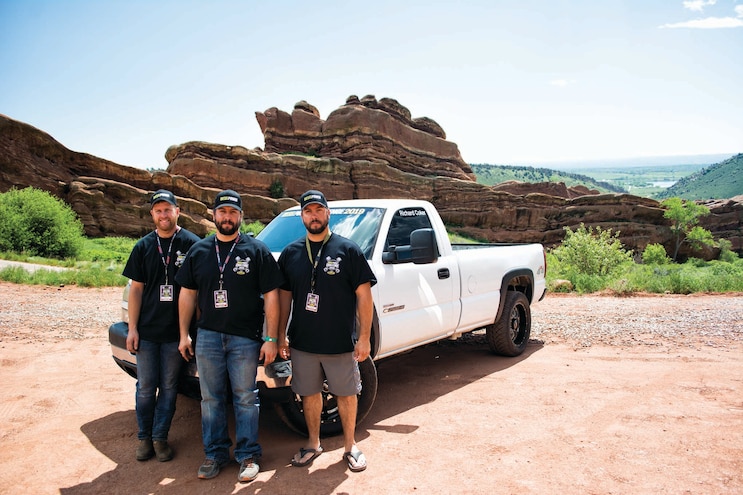 View Photo Gallery | 14 Photos
Photo 2/14   |   DPC2019 Competitor Richard Coker Team
"My twin brother Russell and I learned our mechanical abilities from our dad at a very young age," Richard says. The brothers also began to challenge and rival each other as they grew. "We started out racing anything that moved, even equipment when no one was watching—17.5 mph on a tractor is slow, but all we needed was that extra half mph to win." Furthermore, Richard's father deliberately only showed the boys how to fix things once, meaning they had to pay close attention to his direction before they were forced to try it out solo.
The twins' competitive spirit and mechanical skills will likely be a boon to Richard, as Russell is joining him in Denver as a teammate. Also along for the ride will be Josh Harris and Shaun Summer, friends who likewise understand the appeal of a high-power diesel engine.
Richard says his affinity for diesels came about after riding in Russell's rig. "From the first launch of his truck, an '08 Chevrolet Silverado with a 6.6L Duramax LMM with compound turbochargers and a built transmission, I was hooked. I remember telling him how angry his pickup seemed as we both giggled with 700 hp fueling our bad habits. With Russell's record being an 11.8 in the quarter-mile, I knew I just had to go faster." 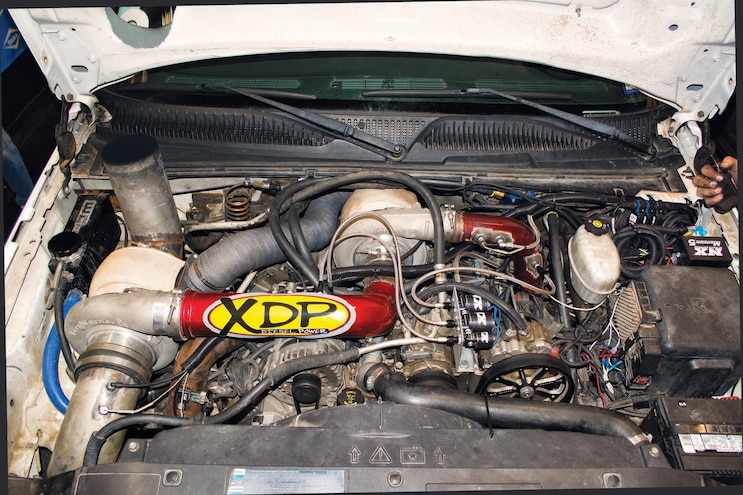 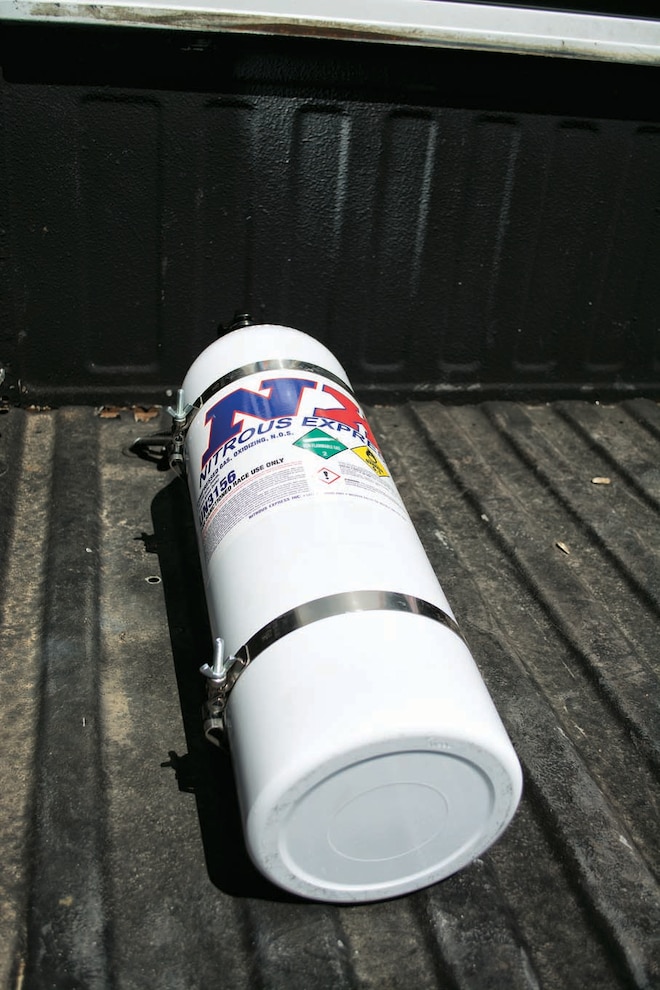 View Photo Gallery | 14 Photos
Photo 4/14   |   DPC2019 Competitor Richard Coker Nitrous
Richard found his scruffy '06 Silverado shortly after moving to West Texas. The engine's blown head gasket and screwy fuel-pressure regulator brought its purchase price down to a luckily low $4,500. Replacing the regulator and running a hose from the coolant tank to a milk jug behind the passenger seat (to recycle the coolant from the blown head gaskets) allowed Richard to get the truck on the road, where he drove it for about a year before building it in earnest. Even in its jury-rigged form, the truck ran a 12-second quarter-mile e.t. on its eight-year-old tires.
Addicted to the sensation of diesel speed, Richard began the truck build, complete with a long-block and rotating assembly from SoCal Diesel, Exergy Performance, and S&S Diesel Motorsport dual CP3 injection pumps, a Josh Harris-built Goerend transmission, and more.
"We have made a few changes in anticipation of the elevation in Denver in order to be more competitive," Richard says. "We bumped the torque converter up to a 3,000-rpm stall, and we've added three stages of nitrous oxide, with one being a spool jet just in case the loose converter struggles with the elevation. We also swapped to a different design on the C3 and C4 clutches in the transmission and added a Yukon Gear and Axle Grizzly locker. 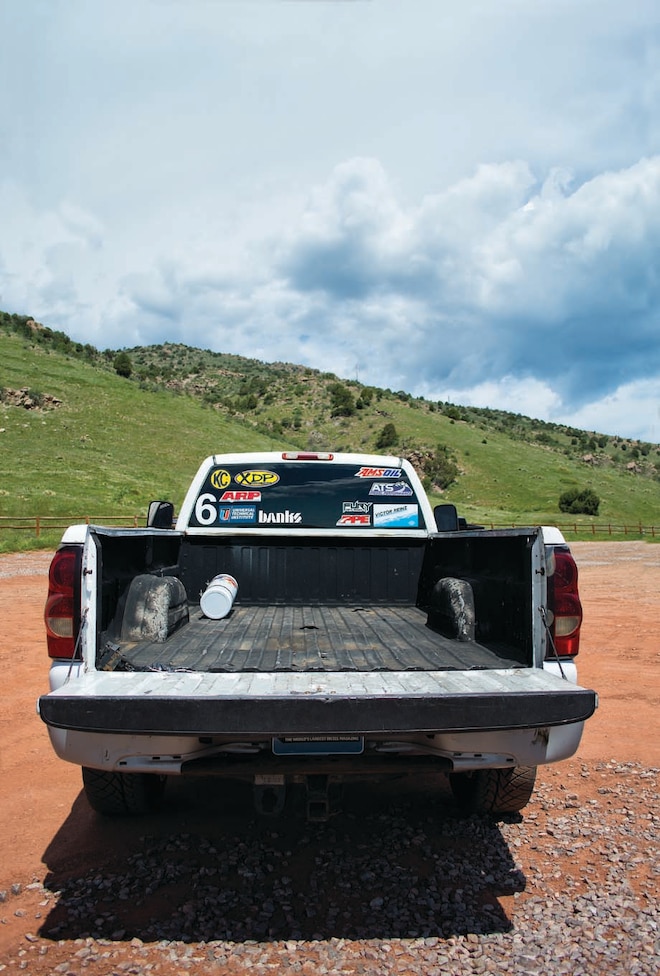