Crewmembers’ Knowledge and Experience May Be the Advantage 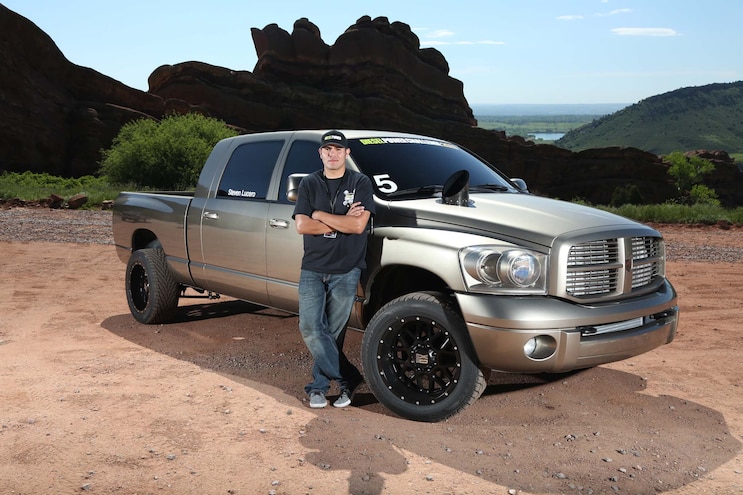 Steven Lucero is co-owner of and light-duty diesel-engine specialist at Black Diamond Diesel Performance and Fab in Las Cruces, New Mexico.
During high school, he devoted all his time to playing baseball. But, in addition to playing ball, Steven also developed an interest in diesels after receiving his '06 Dodge Ram graduation gift. The truck was completely stock and had roughly 130,000 miles on it. Modifications began slowly, but improved performance is what Steven had in mind: "I started with simple box tuners and upgrades like air intakes, exhaust, and such."
After receiving a B.S. from New Mexico State University, Steven had a big decision to make: "Either pursue a job in my field of study or follow my heart and hobby—diesel performance," he explains. So, in March 2018, Steven and his brother Eric opened Black Diamond Diesel Performance and Fab. 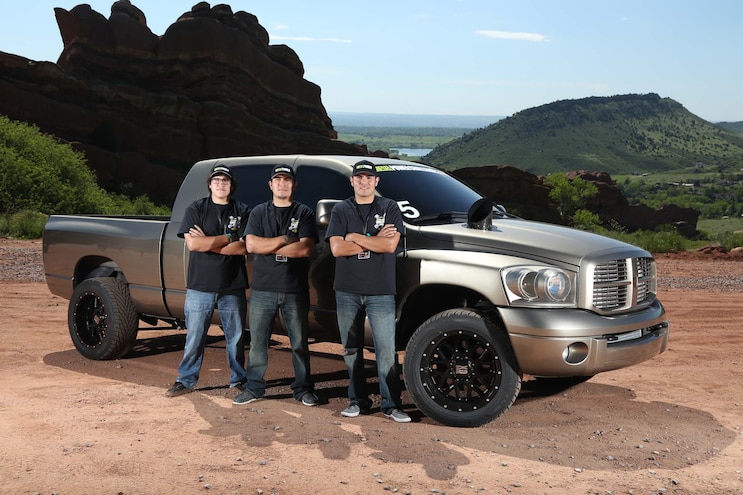 View Photo Gallery | 18 Photos
Photo 2/18   |   DPC2019 Competitor Steven Lucero Team
"Eric is my right-hand man and a very good fabricator and technician," Steven continues. "We work very well together and, as of April 2019, with business picking up, we moved to a larger location to better suit our needs and hired extra help to aid in our increased workload."
Over the years, bigger injectors and larger turbochargers have been added to the Dodge, along with supporting modifications such as valvetrain, cylinder-head, and transmission upgrades. The bottom end of the engine remains completely untouched and has held up to the power surprisingly well. To date, the truck has gone through three different fuel setups and five forced-air configurations. 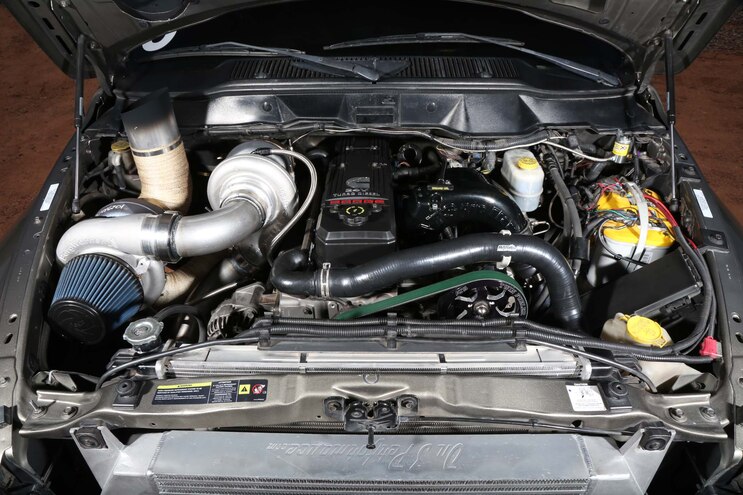 View Photo Gallery | 18 Photos
Photo 3/18   |   DPC2019 Competitor Steven Lucero Engine
In addition to adding power, Steven also addressed the weak links in the truck's drivetrain. "Once I found a reliable transmission from Firepunk Diesel and upgraded my two-piece driveshaft to a one-piece aluminum version, the truck has been nothing but awesome," he continues.
Prior to getting the news that he could potentially be competing in Diesel Power Challenge 2019 Presented by XDP, Steven's truck was equipped with a single T6 76/96/1.15 turbocharger from Forced Inductions, 200-percent-over Exergy Performance injectors, Exergy's 10mm stroker CP3 injection pump, and a Firepunk Comp 2 transmission. 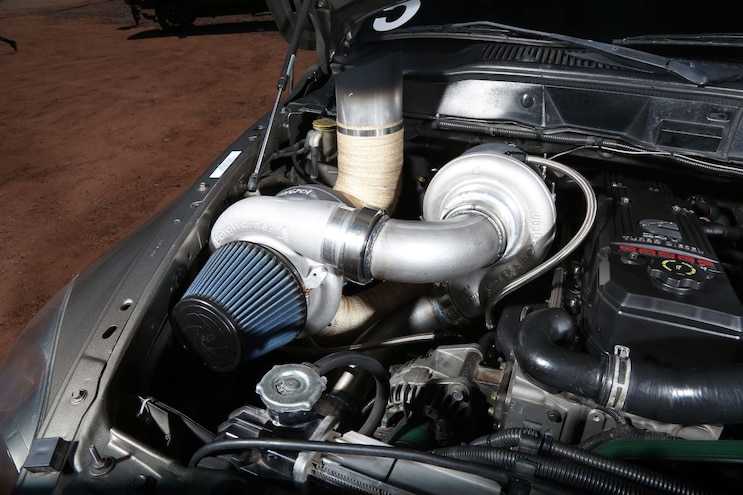 View Photo Gallery | 18 Photos
Photo 4/18   |   DPC2019 Competitor Steven Lucero Turbo
Right before DPC, the engine suffered a cracked cylinder head, so Steven replaced the stock piece with a fire-ringed, street-performance head from Industrial Injection.
"We were back and forth about keeping the setup just the way it appeared in the magazine's voting issue or changing it up," Steven continues. After much thought they decided to upgrade the turbo scheme. Ditching the single 76mm 'charger, the team went with a 72mm over an 88mm compound setup to hopefully get an edge over the altitude they will face as well as other competitors running compound systems. The nitrous-oxide system and plumbing locations were also upgraded.
"Getting the call from KJ informing me I was selected as a competitor for DPC was both stressful and exciting at the same time," Steven says. "It is certainly going to be an experience." 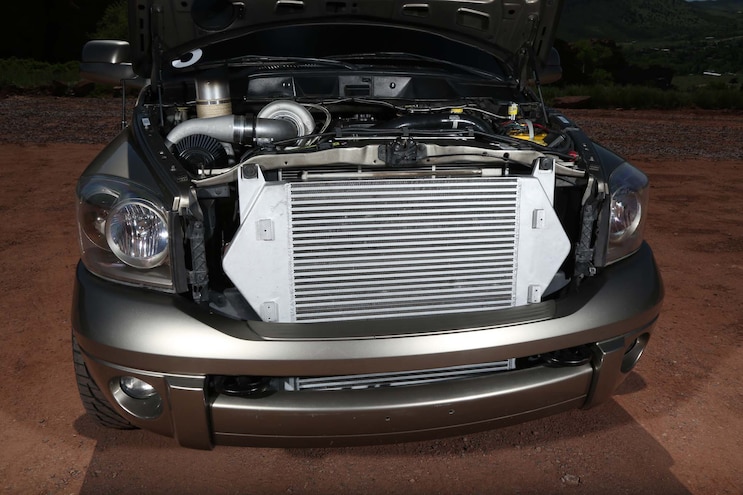 View Photo Gallery | 18 Photos
Photo 5/18   |   DPC2019 Competitor Steven Lucero Front
"As we move forward into the competition, I feel I have crafted a well-rounded set of crewmembers who bring plenty of knowledge and experience to the table. This is going to be a team effort, and it can certainly be anyone's game in the end," Steven says. "We will definitely enter this competition with some precaution, as we want to play it smart but also be as competitive as possible while representing the Dodge Ram and Cummins crowd well. I feel I will be able to excel in the drag racing portion, since I have a lot of experience (racing in the former NHRDA circuit)."
He also feels confident about the dyno segment, having some experience running the truck on the rollers. As for the trailer tow, cone course, and sled pull, they will certainly be a challenge; the truck has never been hooked to a sled and hasn't towed a trailer in years.
"We will certainly give it our best shot and look forward to this challenge!" 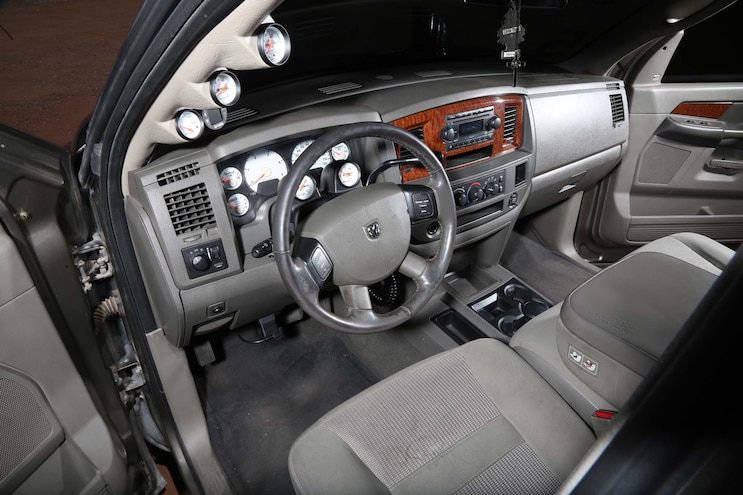