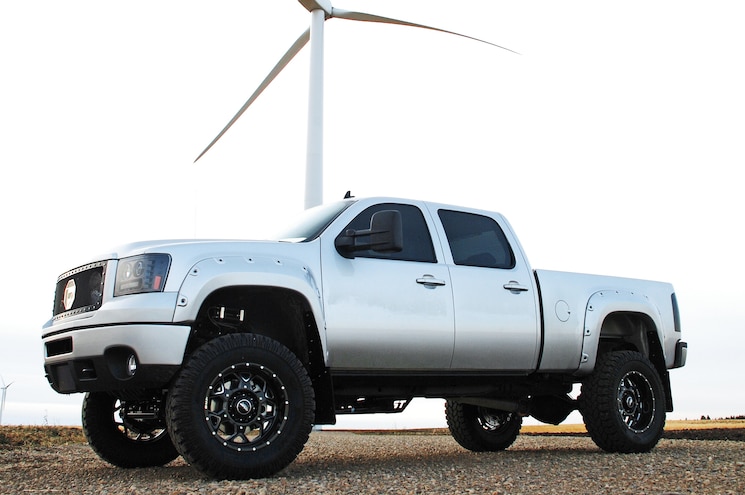 It would seem the Duramax curse has struck once again. Each year since moving the competition to Denver, one competitor has suffered catastrophic failure either immediately before, or during the first day of competition. Last year, it was Shilo Ellingford who didn't make the start. This year it was Cory Chomos.
Hailing from the town of Drumheller in Alberta, Canada, Cory and crew started the 26-hour trek to Denver by stopping in Idaho to collect the 2011 Chevrolet Silverado 2500HD from the shop that built it. While there, they strapped the freshly built truck to the dyno for a round of last-minute tuning. And that's where things took a turn for the worse. 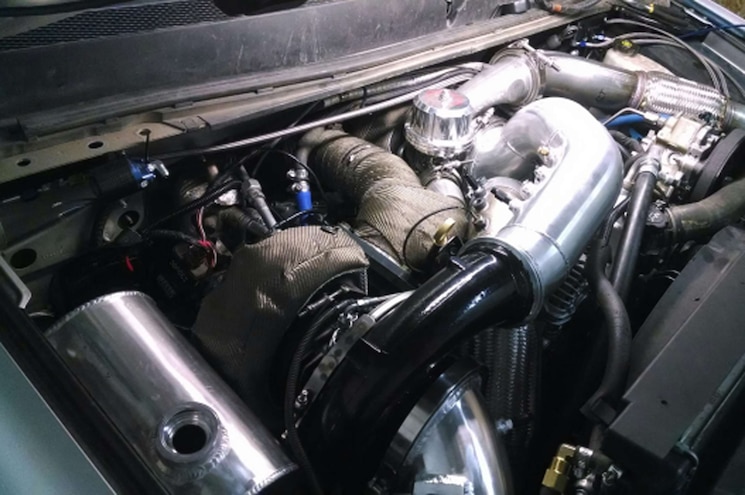 View Photo Gallery | 10 Photos
Photo 2/10   |   Cory Chomos 2011 Chevrolet Silverado 2500HD Duramax Engine
After one successful pull, the crew let the truck cool and then went for a second. During the second dyno run, as soon as Cory hit the switch for his torque converter lockup, the truck acted as if the battery had been completely unplugged. Nothing was seized, but the truck was dead in the water. This was two days before the Challenge was set to begin.
Assuming the issue was electrical—and not wanting to miss any of the DPC events—Cory and crew loaded up the truck and headed to Denver anyway. Once there, they posted up at ATS and set to work with the goal of having the truck running in time to start the competition. After several ECM swaps, and changing all the engine sensors (which were robbed off one of the LML-powered trucks at ATS) to no avail, they began digging into the engine.
As soon as the crew got into the engine, they found what would be the root cause of their no-fire issue. The truck's camshaft had sheered the key, allowing the gear to spin without driving the cam. Cory made the decision that if this was the only damage, they would get a new camshaft in and be running by the next morning. At the same time, he made the decision to dig a little deeper to ensure there weren't any other looming issues. Pulling the heads off revealed what nobody wanted see: the damage was terminal.
The camshaft turned out to be only the tip of the iceberg. Numerous bent pushrods, scored cylinder walls, and piston-to-head clearance issues were all sure signs of the massacre that occurred within the LML. Not wanting to give up, the crew stripped the engine completely and delivered it to a local machine shop in Denver, where the prognosis was that the line hone on the crankshaft was too much, which threw all the critical clearances out. This was the end.
If there is one thing we admire about Cory and his crew, it's their willingness to fight until the very end. Against all odds, they drug a dead truck hundreds of miles and worked around the clock for three days in an attempt to compete. And while the outcome may not have been what we were all hoping for, events like this show the determination and drive those in the diesel community possess. We invite Cory to enter again next year and truly hope we'll get to see this monster LML compete. 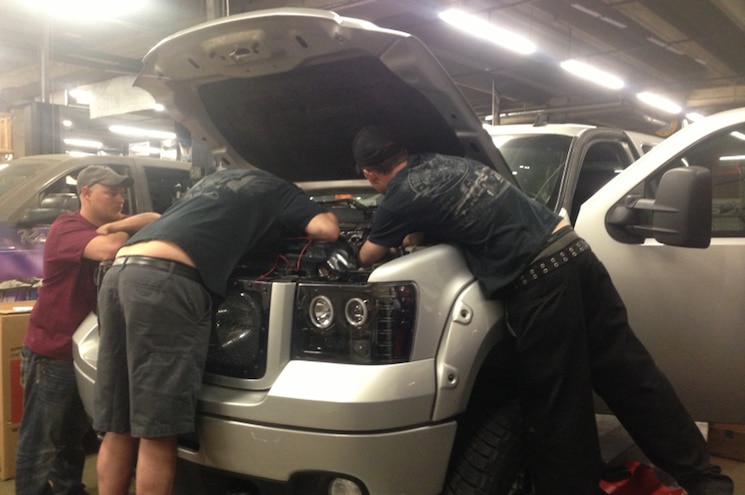 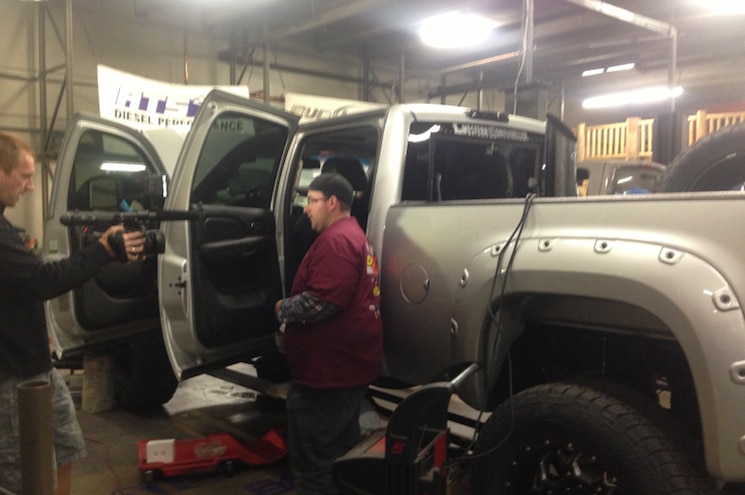