2015 Diesel Power Challenge On The Podium 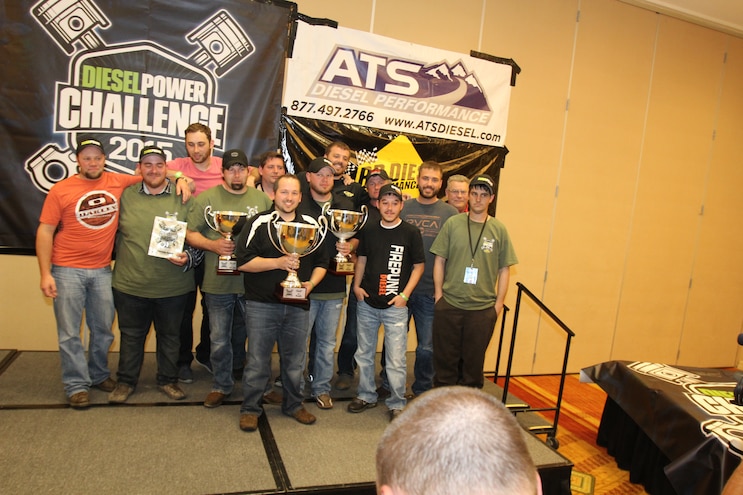 History was made today when Lavon Miller became only the second back-to-back winner of Diesel Power Challenge 2015 with his ’04 Dodge Ram 3500. Even with setbacks such as a malfunctioning nitrous system that had to be quickly converted to a manually-operated setup during the dyno event, Lavon steadily built the highest point total of any winner in the history of the competition. Coming in Second place was Rick Fox with his 6.7L Cummins-swapped, rollcage-equipped ’00 Dodge Ram 2500. Third place was nabbed by Jesse Warren and his ’06 Ford F-350 which proves that 6.0L Power Stroke engine can compete right alongside the Cummins and Duramax. To find out where the rest of the drivers placed in Diesel Power XII, make sure to pick up the October edition of Diesel Power. 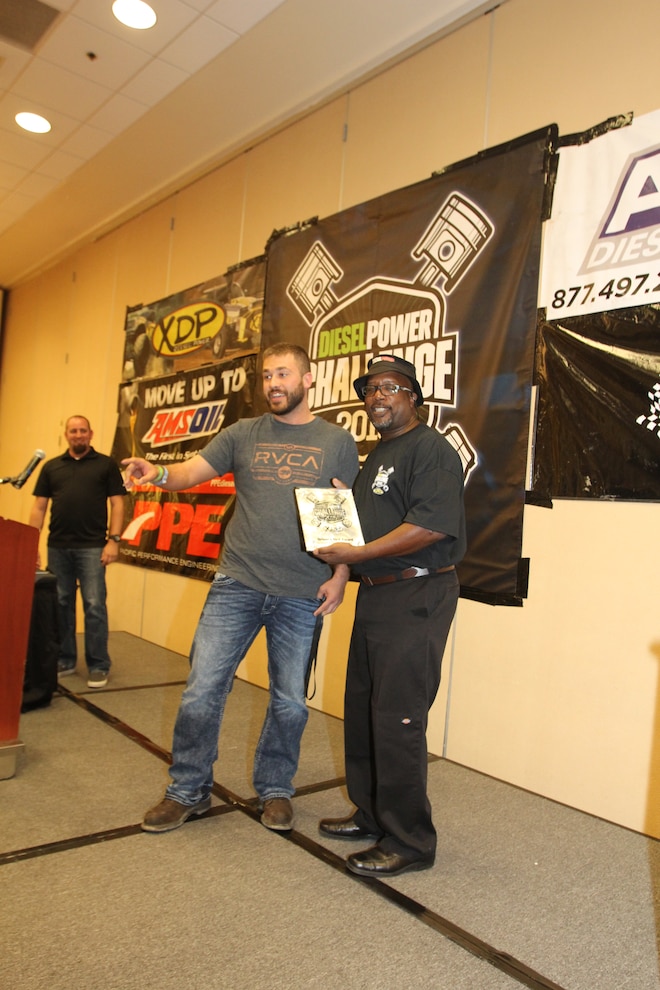 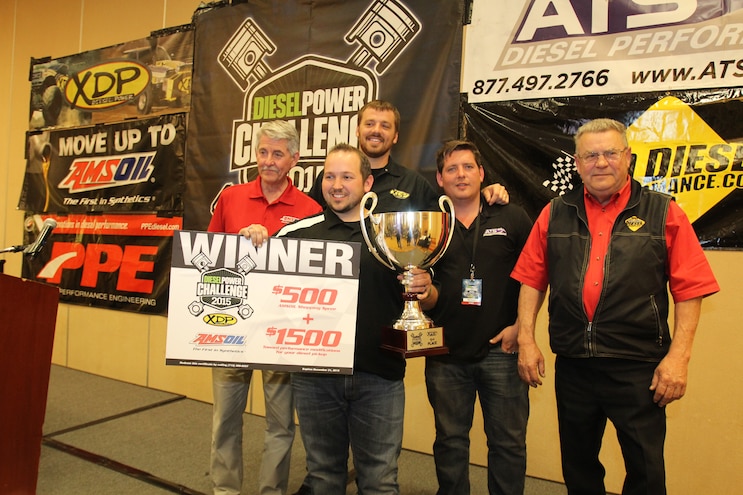 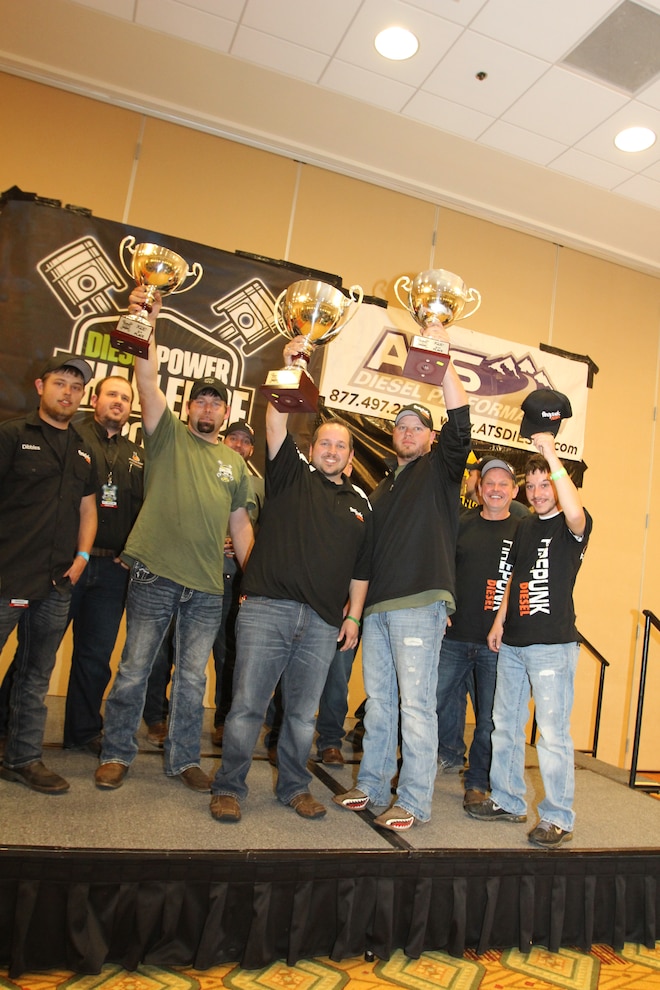 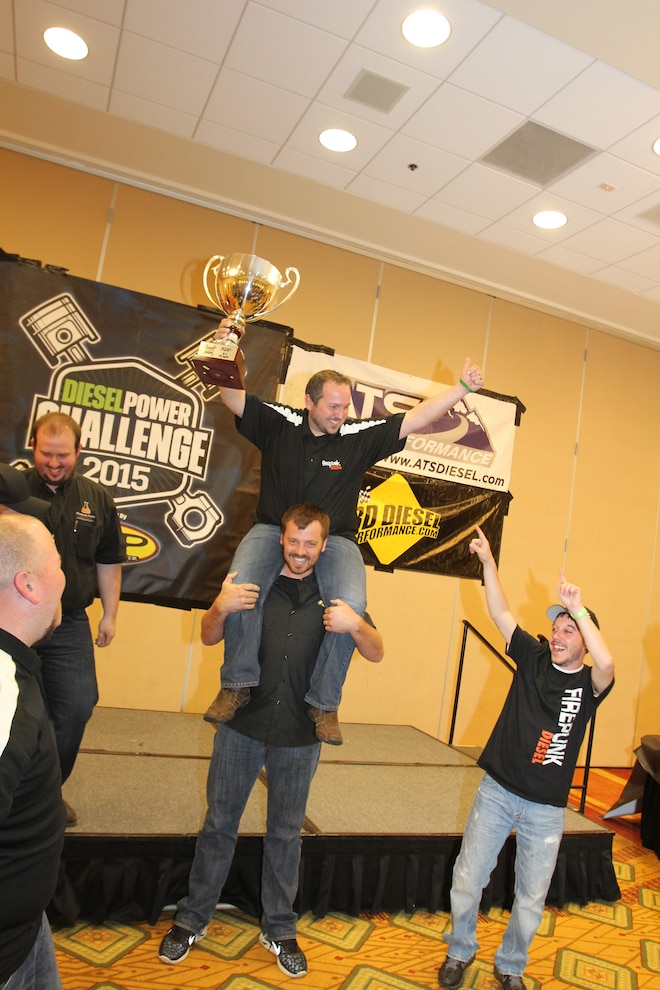