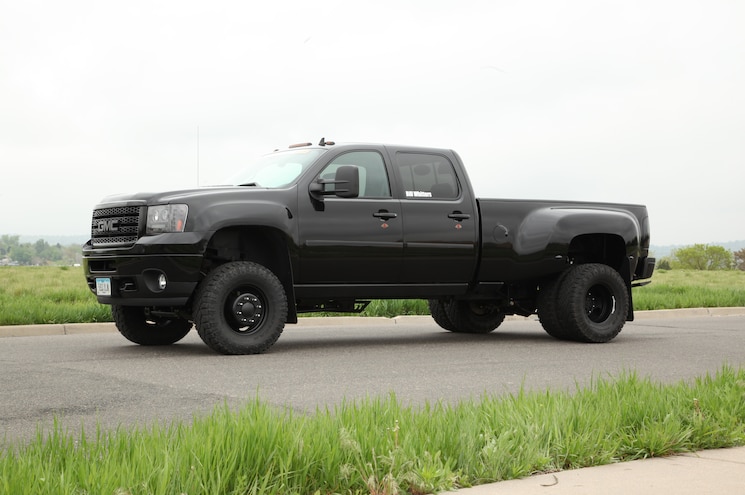 After being featured in the June 2015 issue of Diesel Power, Bill Whitters' blacked-out GMC dualie is making its second appearance in these pages. Bill's truck is a family affair; following the untimely death of his son Drake, Bill (and Drake's closest friends and family) built the truck in his memory.
Not only is the rig a rolling tribute to his loved ones, Bill's Sierra is also seriously badass. The Denali represents the height of GMC luxury inside, but the murdered-out exterior appearance is a clear signal of the power and performance on hand once the truck is unleashed. A massive 8-inch lift makes space for 22-inch wheels and 37-inch tires, and a heavy-duty SunCoast transmission does its best to put the truck's power to the ground through the rolling stock. 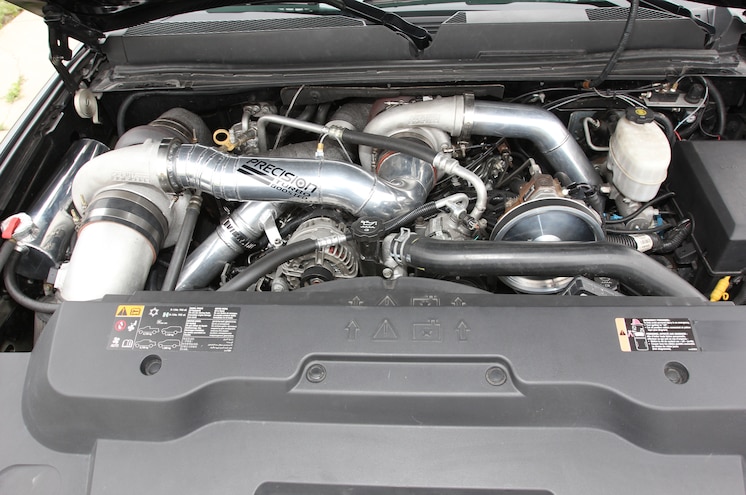 View Photo Gallery | 10 Photos
Photo 2/10   |   2011 Gmc Sierra Duramax Lml V 8 Engine
The engine is a boosted and fueled 6.6L LML Duramax that Bill estimates puts out at least 1,200 hp—on fuel alone. That's right, the Sierra doesn't run nitrous, methanol, or propane. Feeding the engine are S&S Motorsports injectors and dual CP3 injection pumps (an upgrade from the CP4 that fueled the truck when it was featured in our June 2015 issue), while and an AirDog 165-gph lift pump provides a steady fuel supply. EFILive tuning keeps the Precision PT71 and Precision Pro Mod 88mm turbochargers spinning and the engine running clean, and an Empire Diesel Performance intake and custom stainless exhaust ensure constant, reliable aspiration.
Outside, body-color front and rear bumpers, blacked-out chrome and badging, smoked headlights and taillights, and black wheels give the truck a stealthy appearance, like a 9,000-pound ninja. But the towering lift kit and wide-body dualie fenders are impossible to hide. This isn't a truck you'd want to see in your rearview mirror. The only non-black accents on the rear are subtle "D" logos under the door and tailgate handles, a quiet, unique way of paying homage to Drake.
Bill is a heavy-equipment operator and can seem intimidating before he cracks a joke and makes you laugh. He's going to be a fun competitor in the 2015 Diesel Power Challenge, and we're excited to see what his dualie can do. As one of only two dualies in the competition, Bill's truck is a crowd favorite. 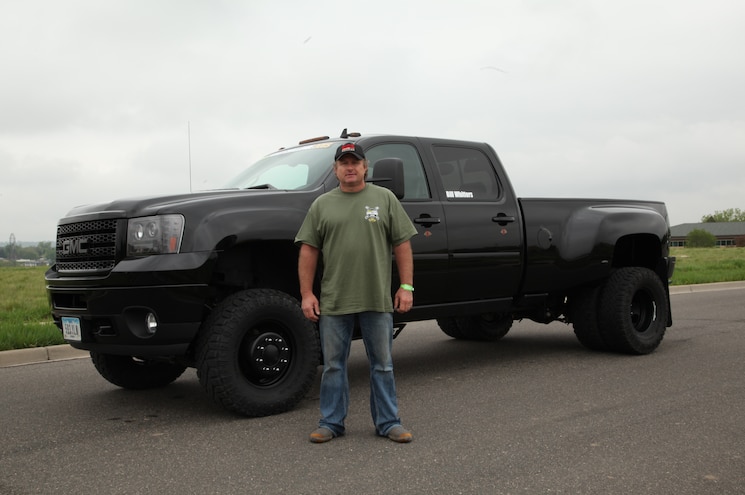 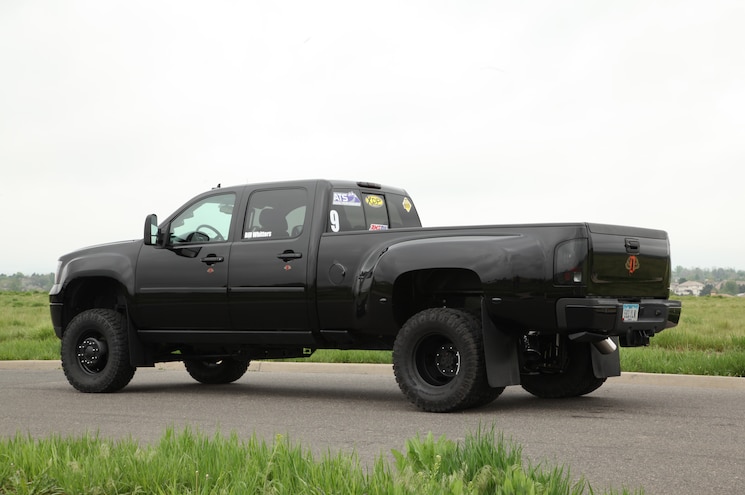