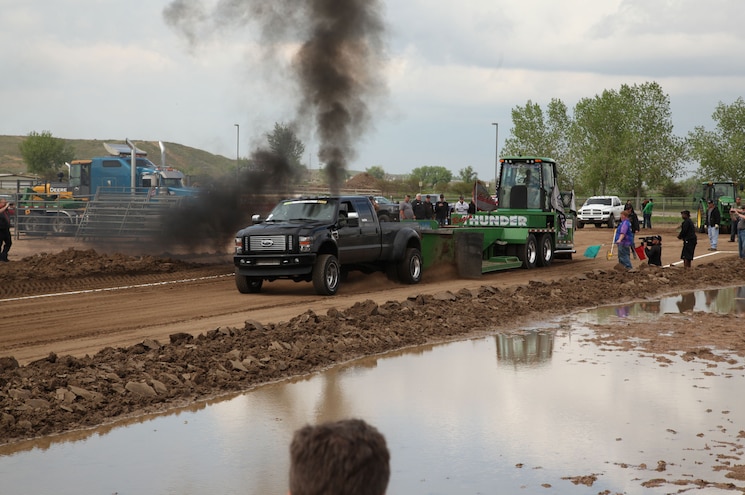 The final competition at Diesel Power Challenge 2015 was the sled pull. Thanks to the qualified staff and awesome sled we used at Adams County Fairgrounds, we were able to hitch our competitors up and put them to the test. The rules for a sled pull are simple: the truck that goes the farthest wins. The title for this particular event was given to Jared Rice and his 2010 Ford F-350 dualie. Jared's powerful 6.4L Power Stroke V-8 and his skilled throttle application helped him go a total distance of 319.9 feet, with a sizable gap between him and the second-place puller Lavon Miller's 2004 Dodge Ram, who went 302.8 feet. Rounding out the sled-pull podium is Jesse Warren, whose 2006 F-250 was able to drag the sled for 290.1 feet. 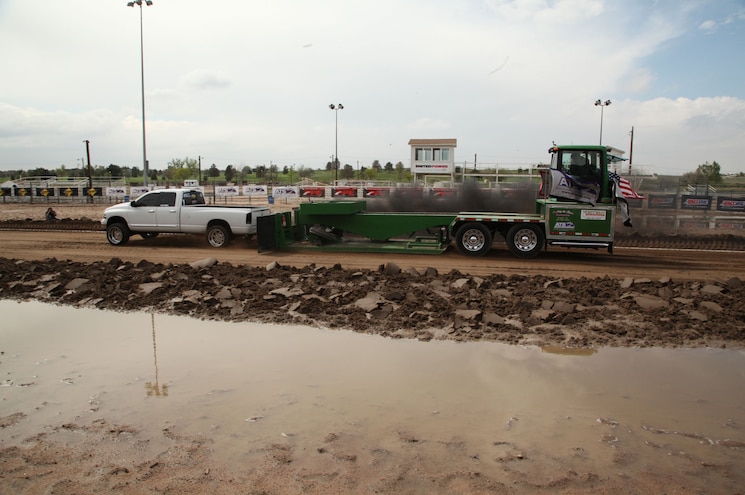 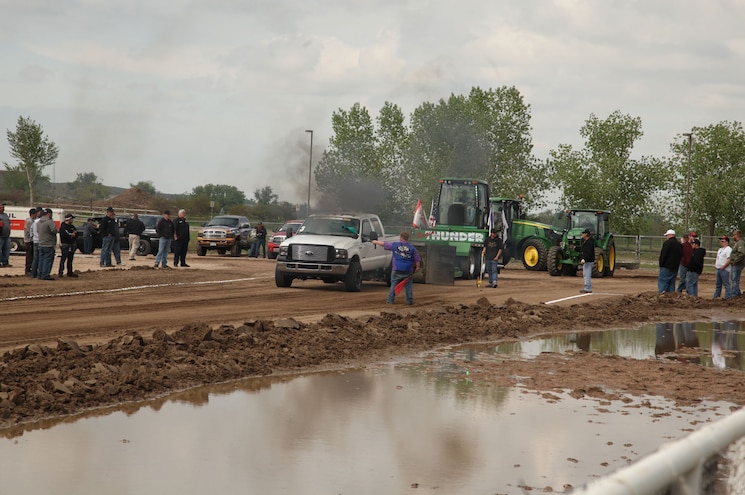 View Photo Gallery | 26 Photos
Photo 3/26   |   Diesel Power Challenge Sled Pull 2006 Ford F250 Crew Cab Start
Our other competitors mostly fell somewhere in between, with the exception of two. Alternate JD Gleason ran into some transmission trouble on the drive between Bandimere Speedway and Adams County Fairgrounds, showing up on his team's flatbed trailer instead. Additionally, Cory Chomos' 2011 GMC Sierra 2500HD didn't make it in time for the start either, due to some ongoing fine-tuning issues. Both trucks showed great promise during DP and both drivers were great sportsmen through the whole competition, so we're sorry we didn't get to see them pull.
What's most impressive about this event was that some of our drivers were total novices with sled pulling. Even so, the truck that pulled the shortest distance was still able to manage more than 200 feet, which is nothing to sneeze at when considering how truly massive the sled is and how conditions on the damp dirt track were less than ideal. After the sled pull, which was our final event, the Diesel Power staff retired to an undisclosed location to tally scores and crown a winner! 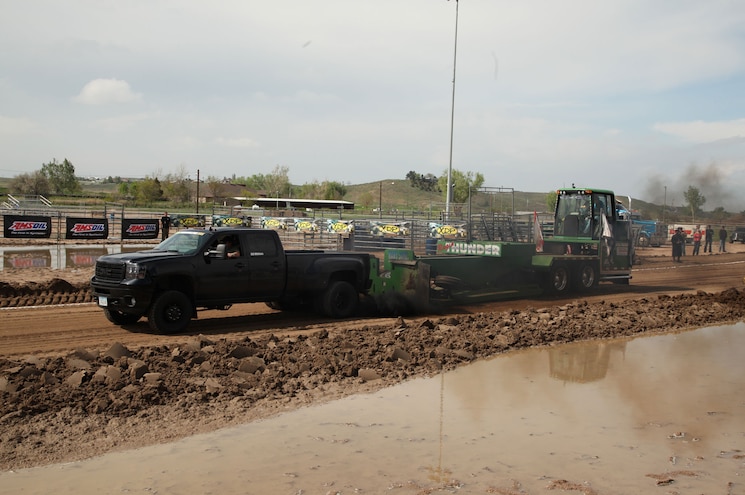 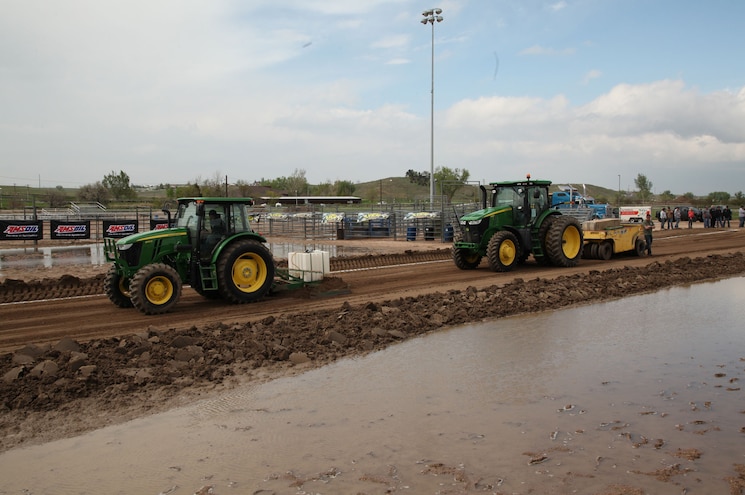