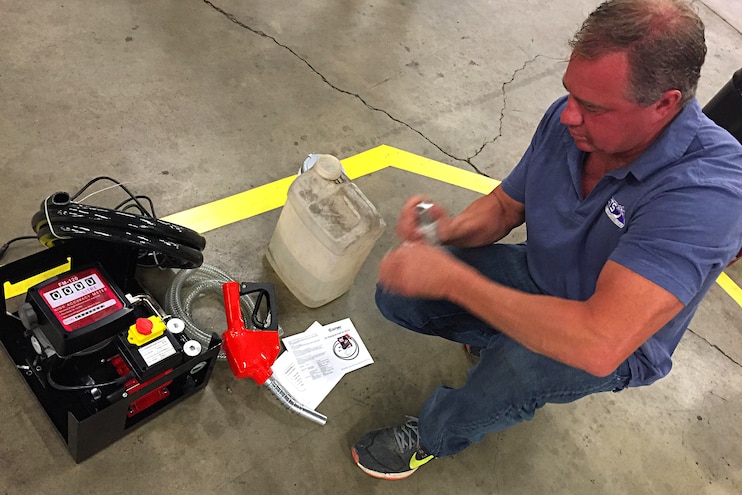 A revamped fuel-consumption test was introduced at Diesel Power Challenge 2016. The new method of evaluating diesel usage, far removed from the 100-mile drives and locking gas caps (ugh) of the past, is the brainchild of Editor KJ Jones and ATS Diesel Performance’s race shop technicians Devin Dahlin and Mark Sanders, who learned during the development of this segment that a driver’s ability (or inability) to concentrate has a big effect on how well or poorly he or she finishes. 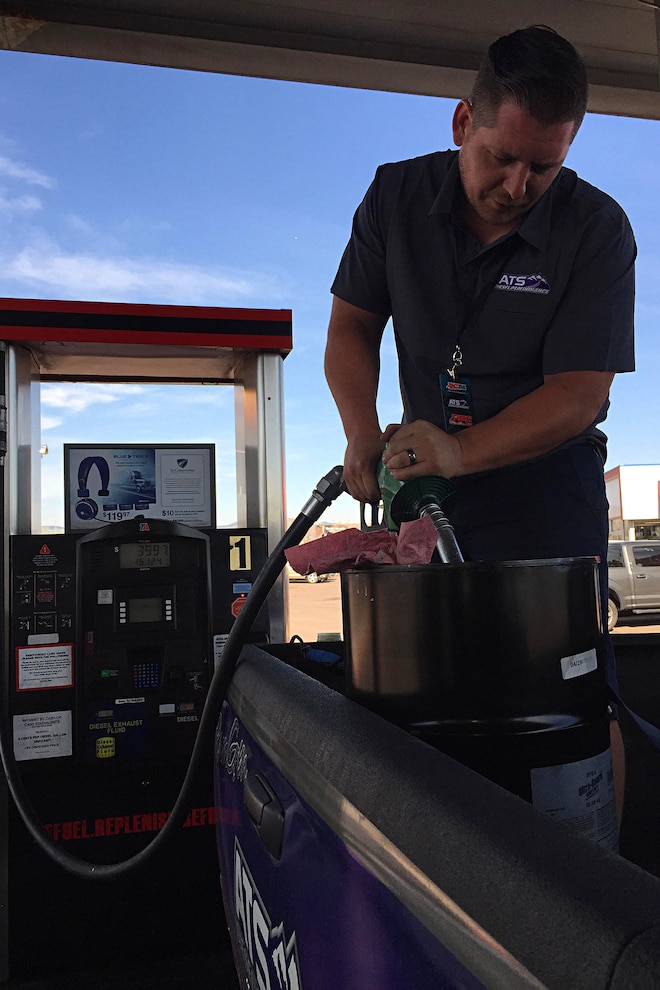 View Photo Gallery | 7 Photos
Photo 2/7   |   In an effort to keep the fill-up process organized and, most importantly, consistent during the fuel-consumption test, each competitor’s tank was topped off from the one common 30-gallon supply.

View Photo Gallery | 7 Photos
Photo 3/7   |   ATS Diesel Performance owner Clint Cannon assembles the metered pump that is now the official device (along with a calculator) that will be used for measuring the fuel consumption of vehicles competing in Diesel Power Challenge.
The new test takes place on the dyno at ATS Diesel Performance, and it basically pits competitors against one another and the computer as they operate their rigs at varying speeds (as low as idle to a top speed of approximately 60 mph) through a driving simulation that’s based on the emissions tests conducted by the California Air Resources Board.
The test involves topping off fuel before a run (using a metered pump for accurately measuring the amount of fuel delivered into the tank) and then adding fuel again until the tank is full, recording the amount that was consumed during the “road trip” (with a one-tenth of a gallon penalty assessed for each instance that a driver does not maintain compliance with the simulation). The important thing to note about this new test is that it is 100 percent self-contained in the ATS dyno cell (no smoking DPC trucks driving on public roads), and it also provides an impression of how “driveable” a high-powered diesel pickup really is. 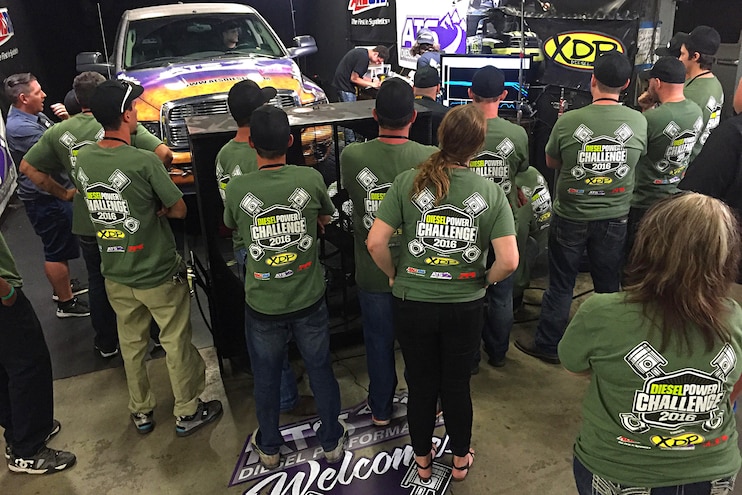 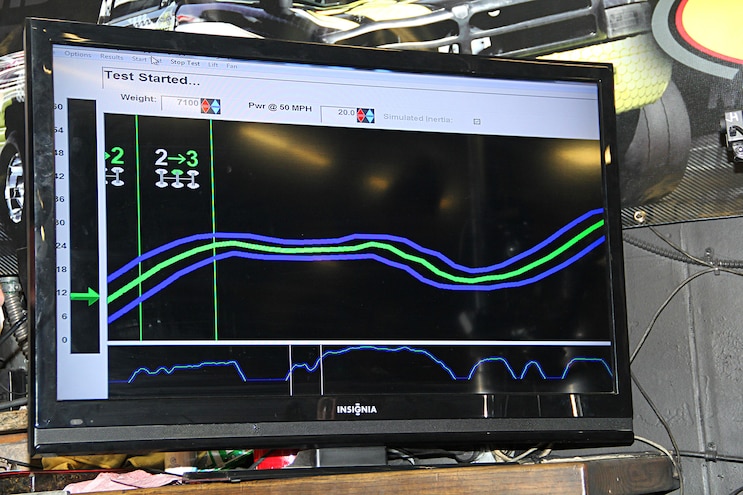 View Photo Gallery | 7 Photos
Photo 5/7   |   Competitors were intently focused on the consumption test’s demonstration run, made by ATS Diesel Performance technician Devin Dahlin in the company’s 750hp “Ram Gen” test vehicle. The object of the 18-minute (two 9-minute segments), dyno-based test is for each competitor to complete a simulated “drive,” while keeping the trace in “green” status throughout the run. Going off route changes the arrow’s color and the trace to “red,” resulting in an added tenth-gallon consumption penalty. 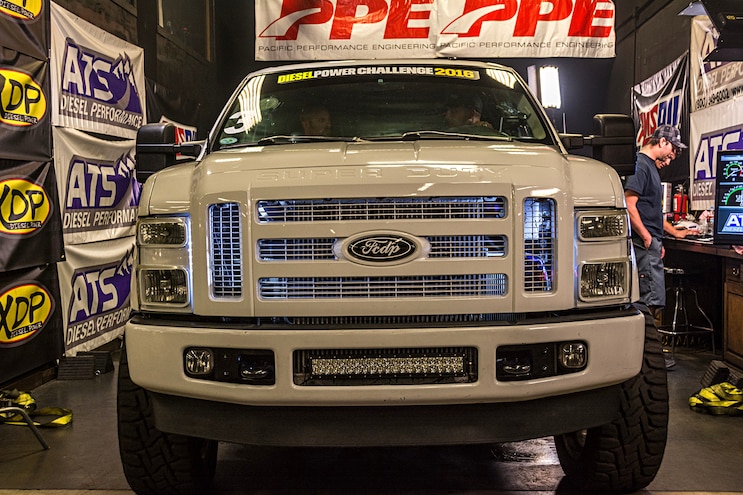 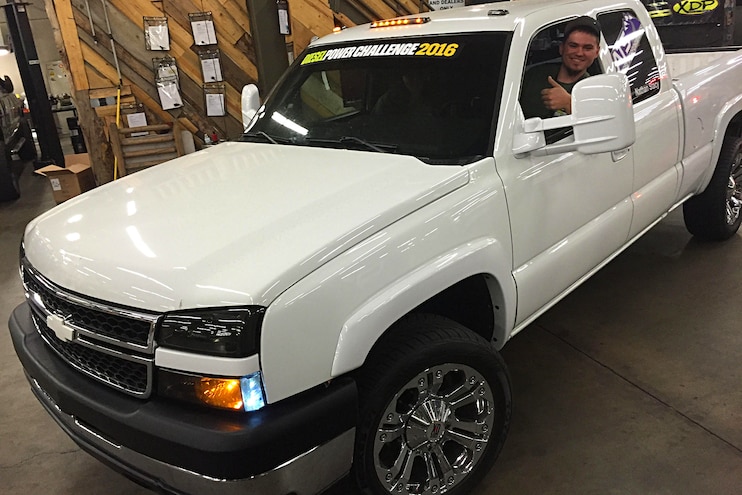 View Photo Gallery | 7 Photos
Photo 7/7   |   The perfect pair! Neal Torley and Nathan Stacy both maneuvered through the test without “going red” at any point during each of their 18 minutes of on-throttle/off-throttle simulated driving. Neal’s ’08 Ford F-250 proved to be the contest’s ultimate fuel sipper, using only 0.24 gallons of diesel. Despite being penalty-free, Nate’s ’07 Chevrolet Silverado 2500HD used 0.610 gallons, tying him with Kelsie Epp for Third Place.