When it was finally time to take the trailer’s chains off the powerful beasts of burden competing in Diesel Power Challenge 2016, everyone at Bandimere Speedway knew things were about to get seriously fast.
With some trucks dipping into the 10-second e.t. zone and others having to be pushed to the line to record participant points, there was no shortage of drama at the beautiful quarter-mile, which sits one full mile above sea level. The images tell the story of how the heads-up drag racing portion of the program played out. 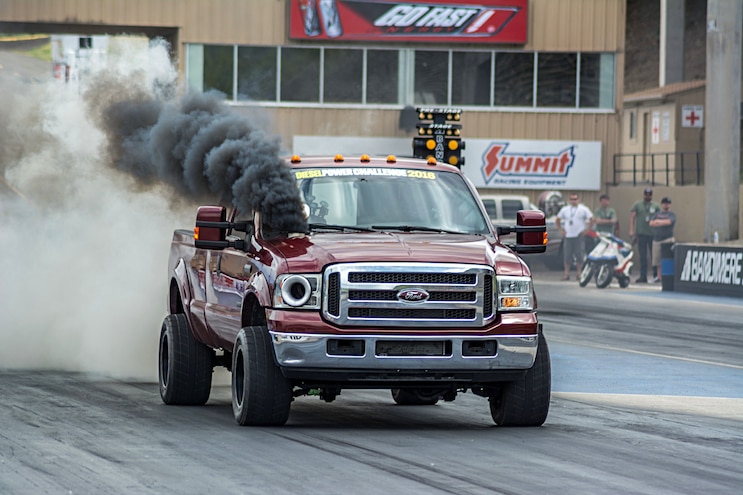 View Photo Gallery | 13 Photos
Photo 2/13   |   David Ferguson was one of the early favorites for dominating the quarter-mile drag race. With an against-the-grain tire choice (DOT-approved drag radials versus standard street tires) for his ’05 Ford F-350 and a nitrous-snorting 6.0L Power Stroke engine, all eyes were on Dave, who advanced to the final round in the bracket eliminator before losing to Charlie Keeter. 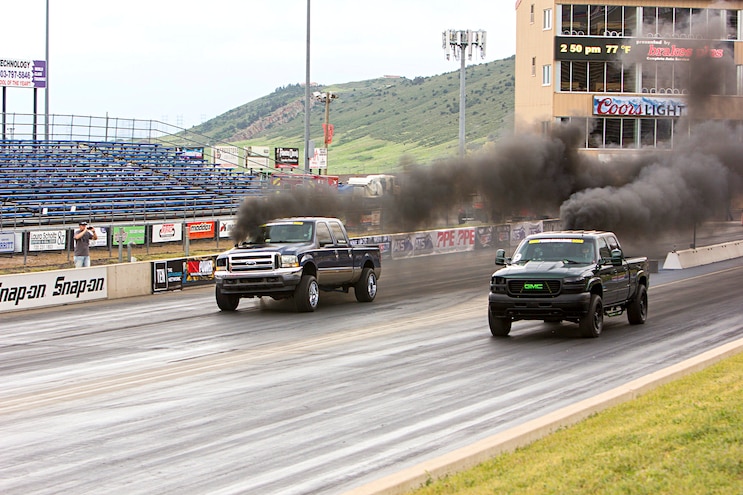 View Photo Gallery | 13 Photos
Photo 5/13   |   Competitors took a vote and decided to race with a pro-style (.500-second) Christmas Tree to start each race. Reaction times played a big role in many races. 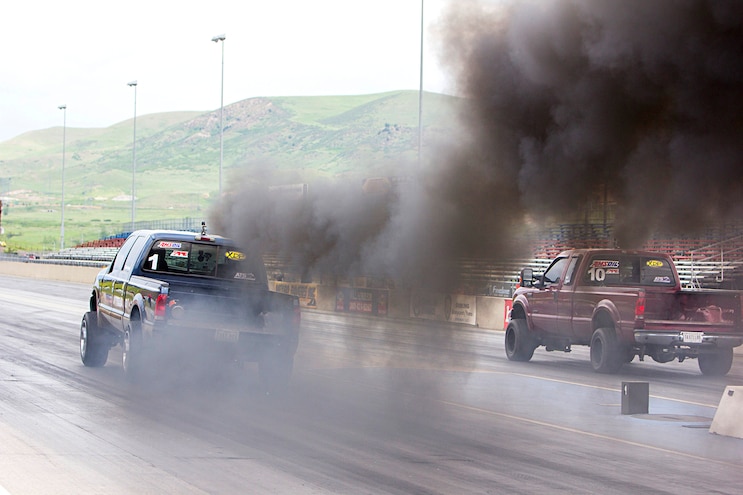