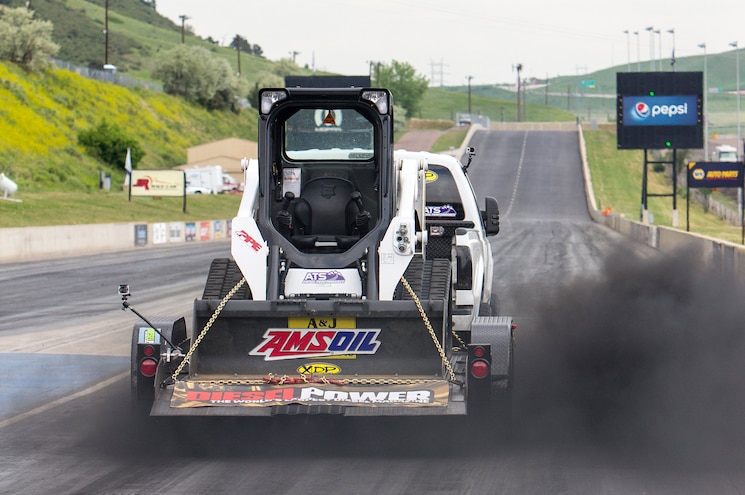 When it comes to sheer brutality, nothing tops the Diesel Power Challenge eighth-mile trailer tow that’s held at Bandimere Speedway. 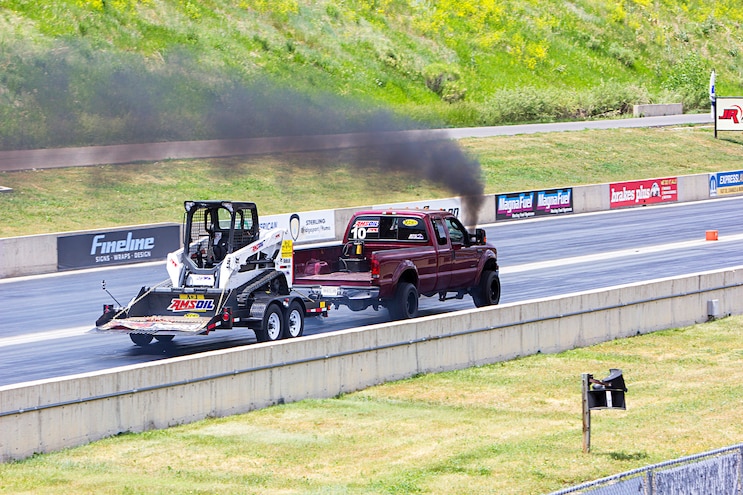 View Photo Gallery | 13 Photos
Photo 2/13   |   Yes, that white haze around the rear tires of David Ferguson’s big ’05 Ford F-350 is in fact tire smoke. DPC trucks will often roast all four tires for a few hundred feet down the track before full traction is achieved.
Unlike a traditional sled pull that is held on a dirt course, this timed segment of DPC goes down on the sticky racing surface of the dragstrip, once again using a loaded trailer with a combined weight of more than 5 tons.
Transmissions, axles, and any possible weak links in a truck’s drivetrain are exposed, often in a violently destructive fashion. There were winners, and there were victims in 2016. Here’s the story in photos. 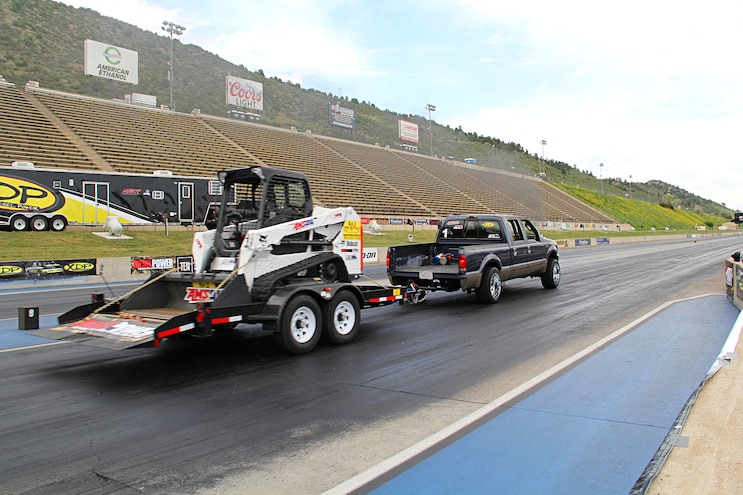 View Photo Gallery | 13 Photos
Photo 3/13   |   The smoke-free exhaust tells us Charlie Keeter is sprayin’ and prayin’ (probably to the nitrous gods) on his way down the track. In one of the most punishing contests competitors face at Diesel Power Challenge, Charlie triumphed in the end, with a stout 10.699-second/78-mph effort. 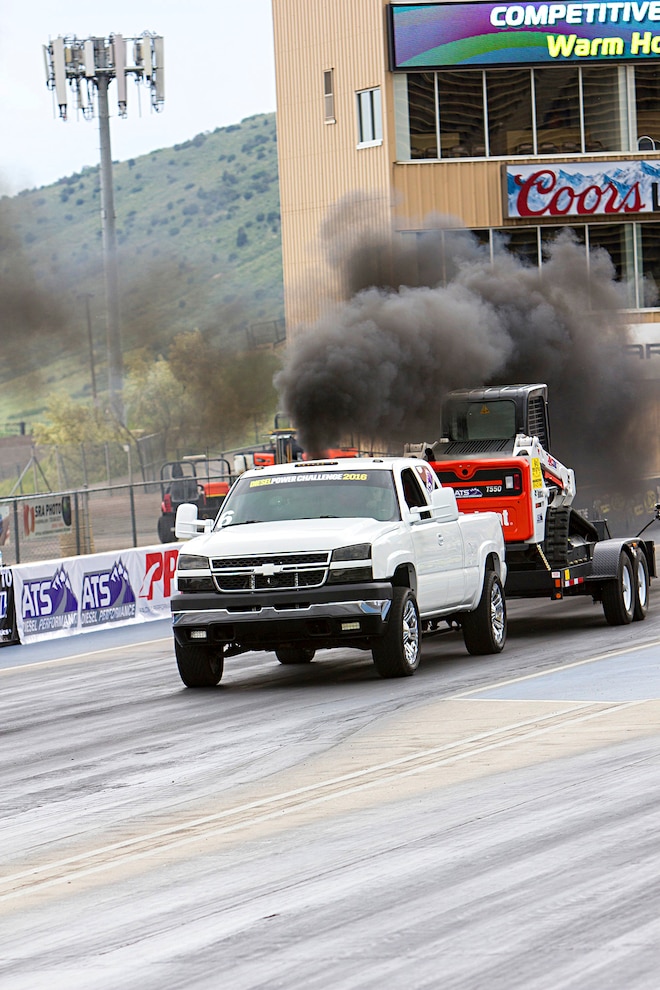 View Photo Gallery | 13 Photos
Photo 10/13   |   One of the most interesting things to watch for during the eighth-mile towing runs is the moment when a torque converter locks up and the effect it has on the trailer when it does. Most of the time, there’s nothing too dramatic. However, sometimes a violent wagging motion starts, and there’s no guarantee the rig won’t tag the wall or even remain upright before the run is over.