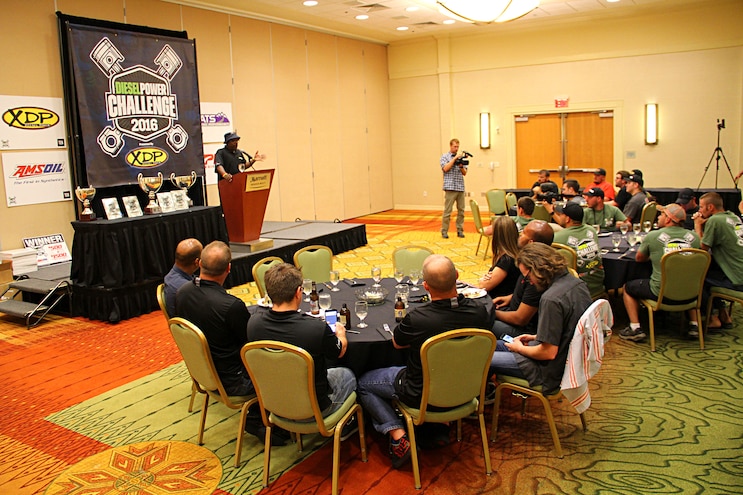 There’s no doubt about it, Diesel Power Challenge 2016 certainly was a wild ride. It was an event that was full of competitive action, a fair amount of drama, and celebration of the “no-quit” attitude of competitors who fought hard until the very end.
All the contestants who completed DPC 2016 are the epitome of good sportsmen and women, and it was clear their trucks were built with lots of skill and loads of heart. While the Challenge is a competition that ends with winners and losers, the real “victory” for all participants is the camaraderie and friendships that are forged and flourish through the course of an exciting week.
Each year, DPC’s First, Second, and Third Place finishers, as well as participants who display exceptional achievement—mostly good and one not so good—are recognized with trophies and specialty awards, presented at a banquet in the host hotel (the Denver Marriott West in Golden, Colorado). The casual evening affair marks the official close of the event and leaves all finishers—Diesel Power staff included—with a tremendous feeling of accomplishment for all the effort they put forth at DPC. 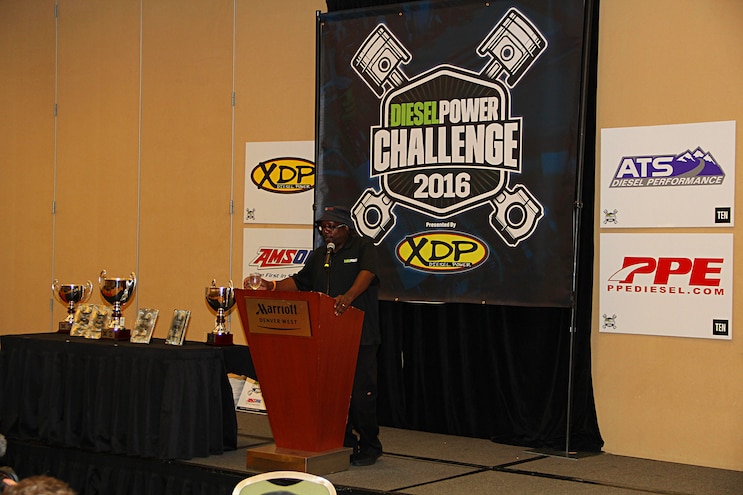 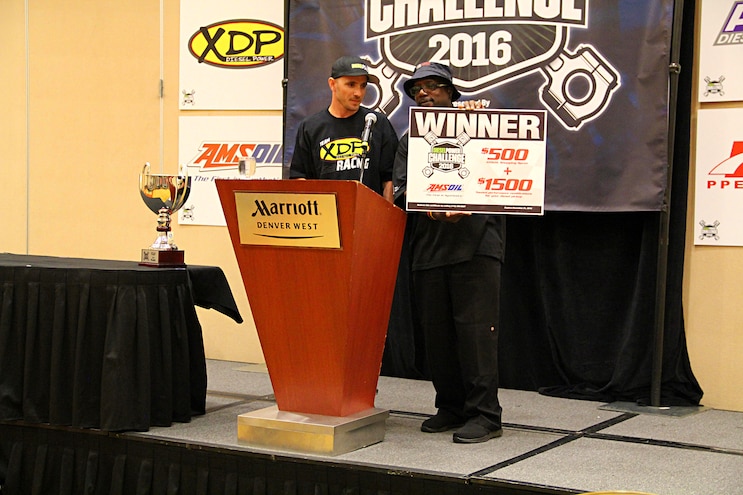 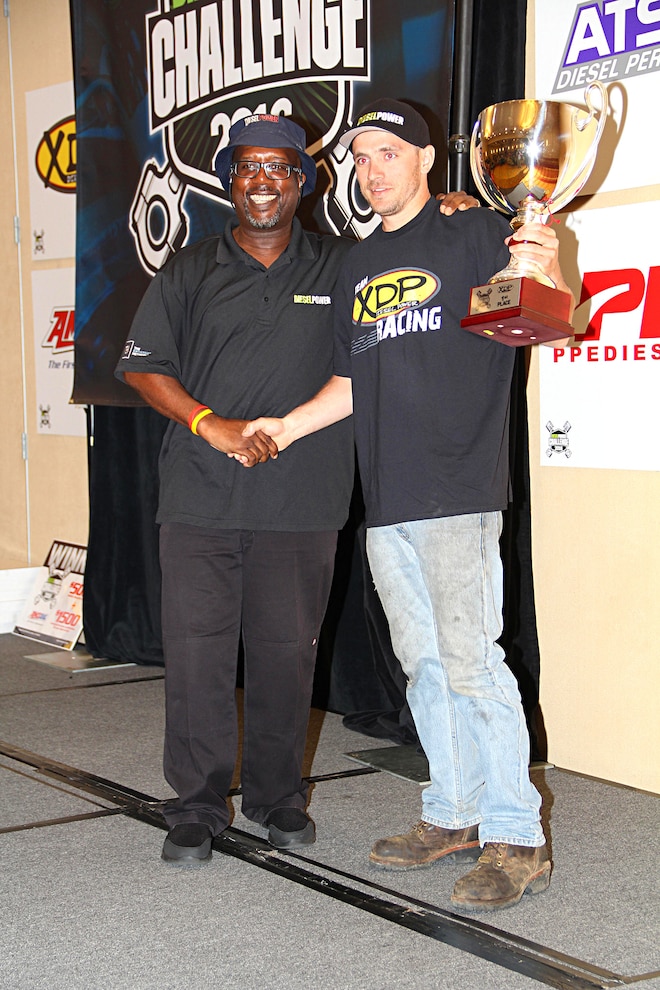 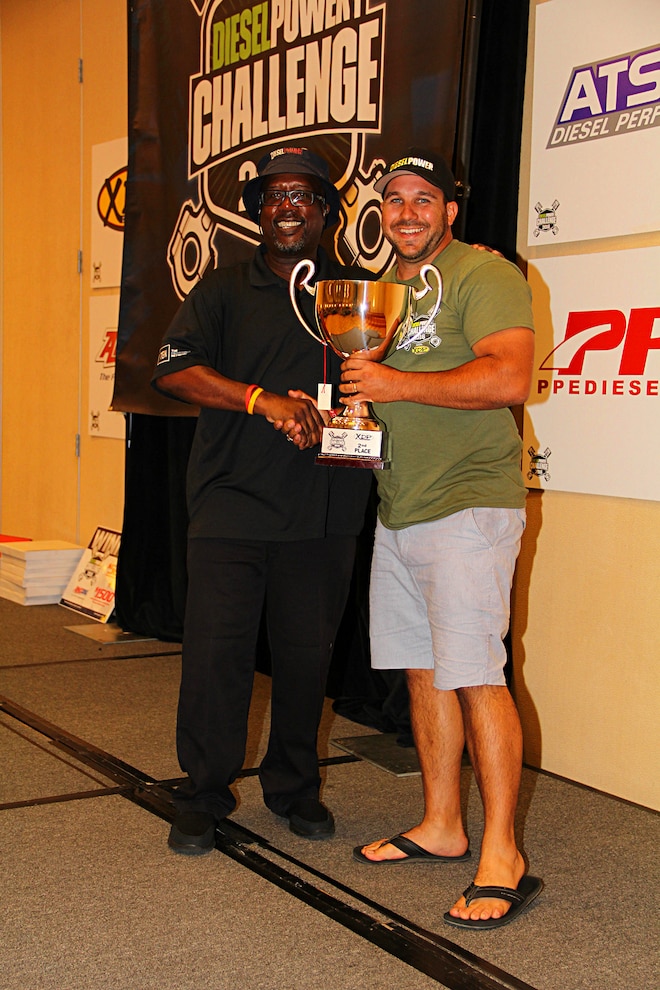 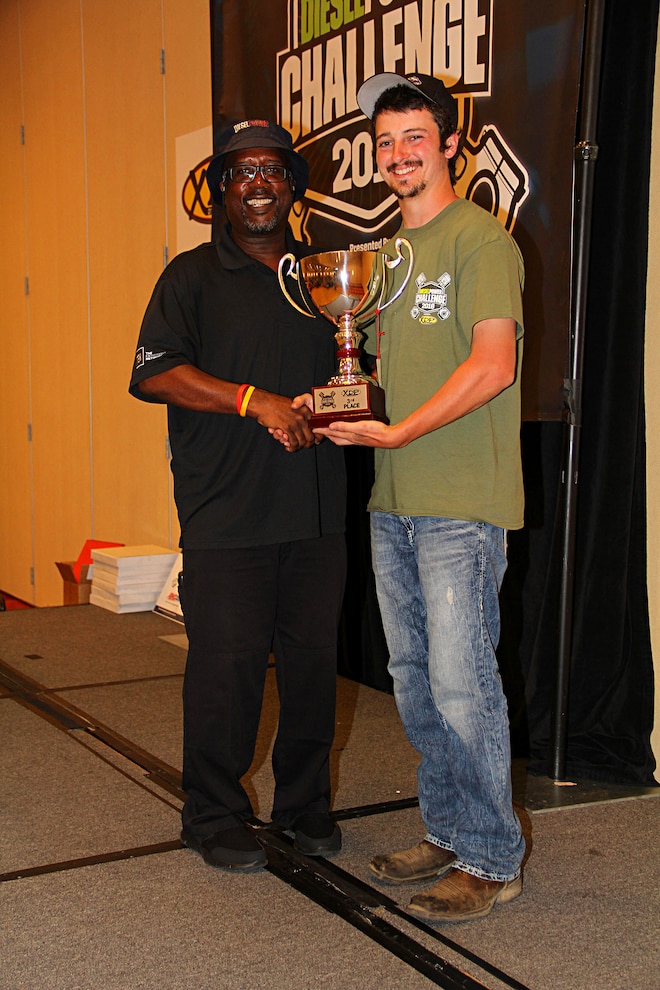 View Photo Gallery | 16 Photos
Photo 6/16   |   2016 Dpc Awards Third
While there were many awards to hand out at Diesel Power Challenge 2016, when it came to being top dog in Denver, only one driver could hold the cup—with two runners-up by his or her side of course. That winner is none other than Charlie Keeter, who muscled his 6.0L-powered ’04 Ford F-250 to DPC supremacy. Charlie’s podium performance, in almost every metric, is a testament to both his truck’s capabilities and his exemplary driving skill. His win was hard-fought and well deserved. View Photo Gallery | 16 Photos
Photo 7/16   |   2016 Dpc Awards On The Podium
Giving Charlie a run for his money is Neal Torley, who brought his ’08 Ford F-250 across the nation to Colorado and posted similarly amazing numbers that earned him Second Place.
Rounding out the Top 3 is Ray McClelland, who took Third Place with his ’07 Dodge Ram 2500. With a win in the dyno segment and top-three finishes in a few other tests, consistency was clearly key to Ray’s success at DPC 2016. 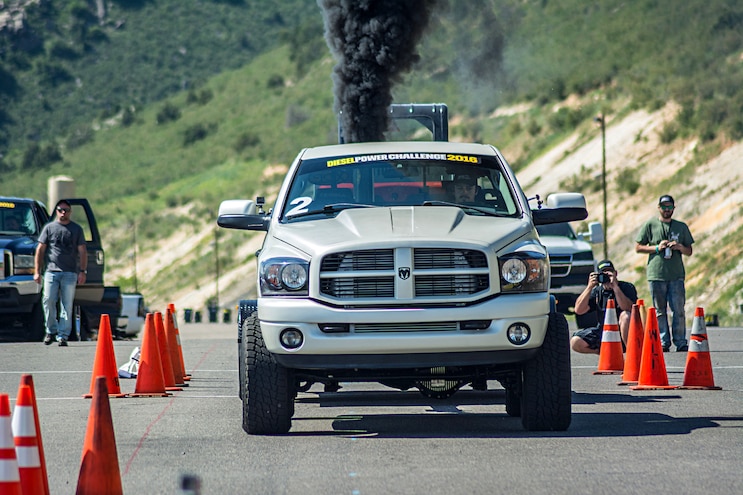 View Photo Gallery | 16 Photos
Photo 8/16   |   Looking frosty with its Pearl White paint and having posted a combined dyno score that was pretty much untouchable by any other competitor, Ray McClelland’s awesome ’07 Dodge Ram 2500 was unanimously selected as the winner of the People’s Choice Award for being the “one DPC truck that you would love to own.” 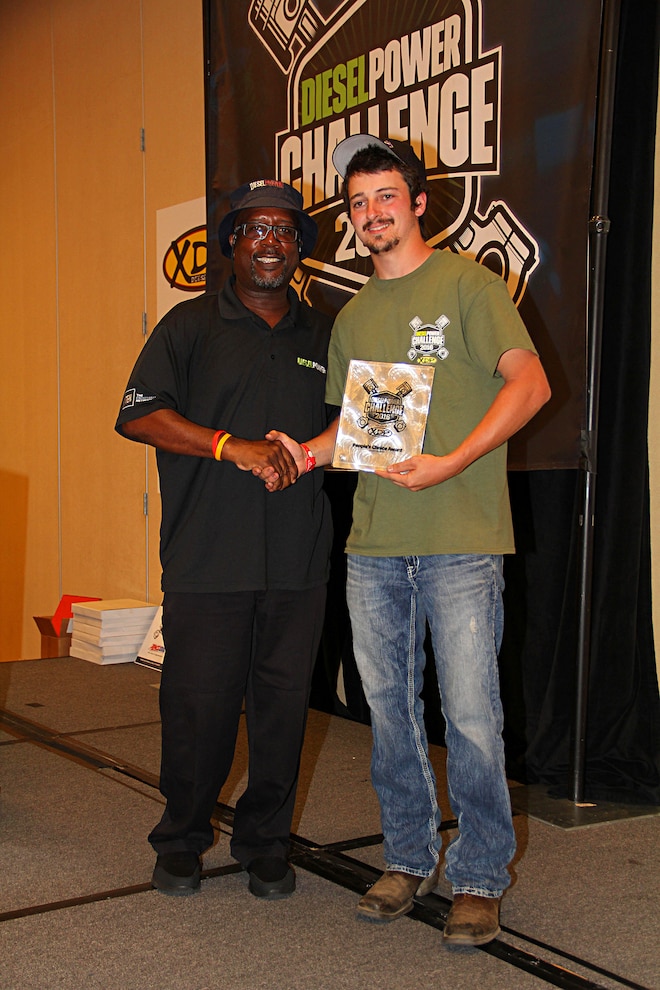 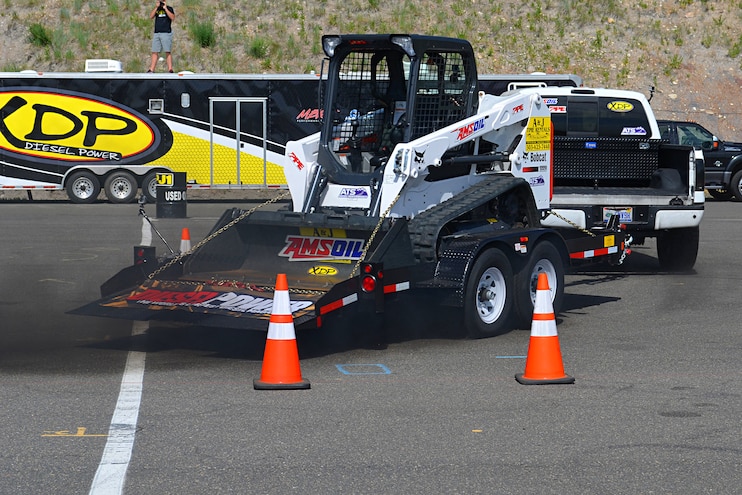 View Photo Gallery | 16 Photos
Photo 10/16   |   Neal Torley backed up his rig’s power and style with his own superior driving skill; he was the only competitor in the field to complete all the skills tests with zero penalties. 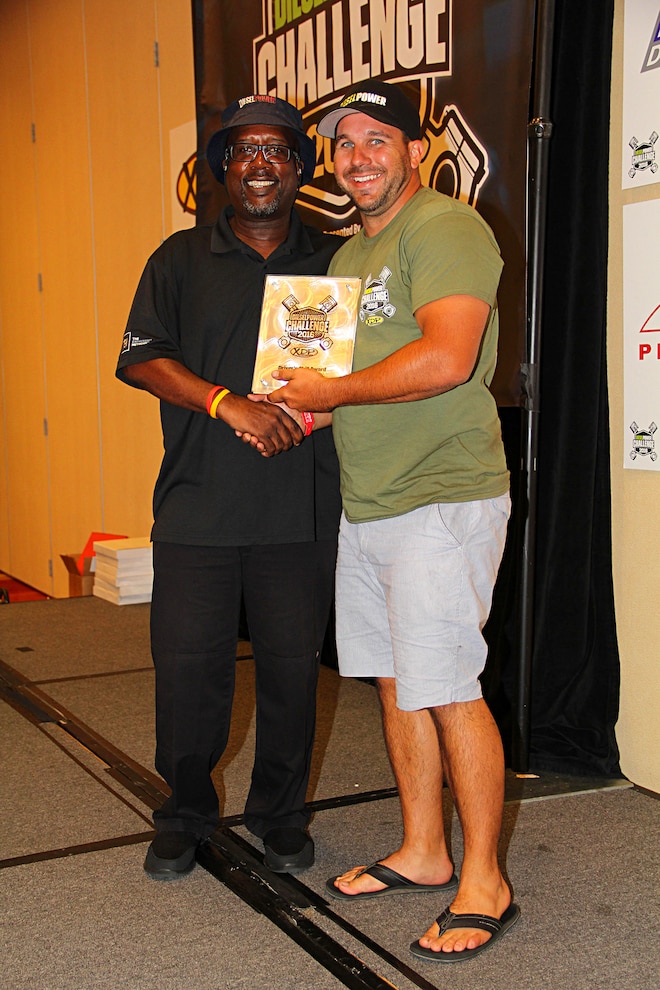 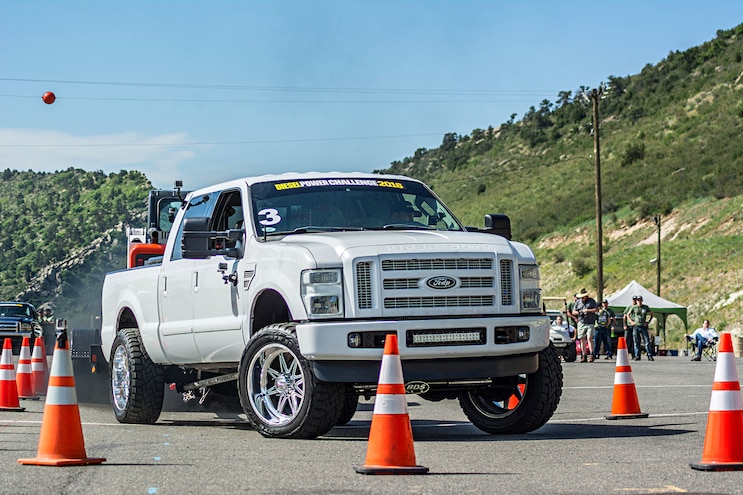 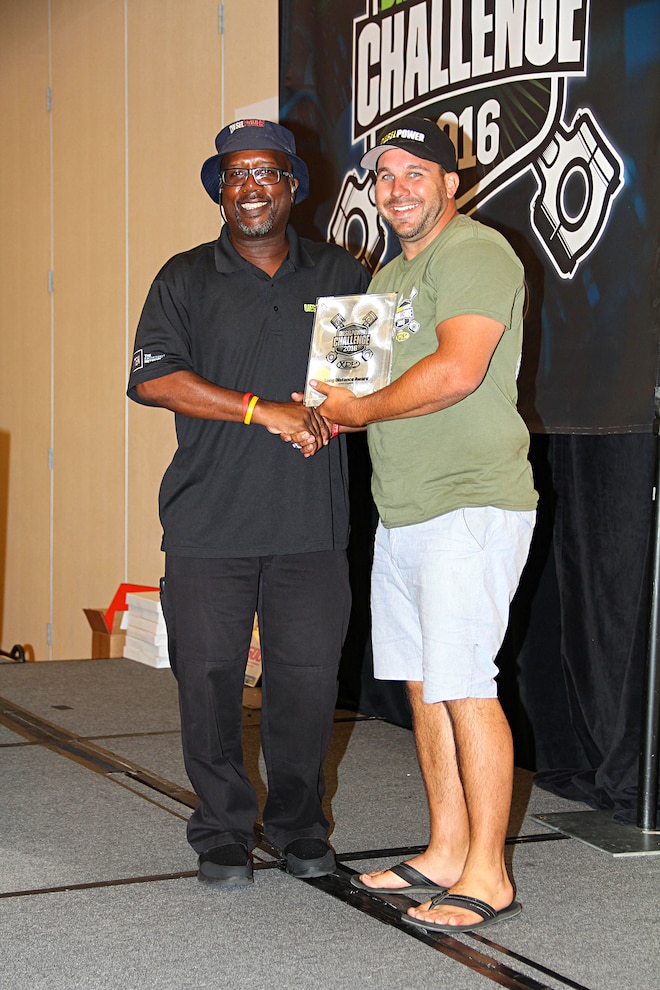 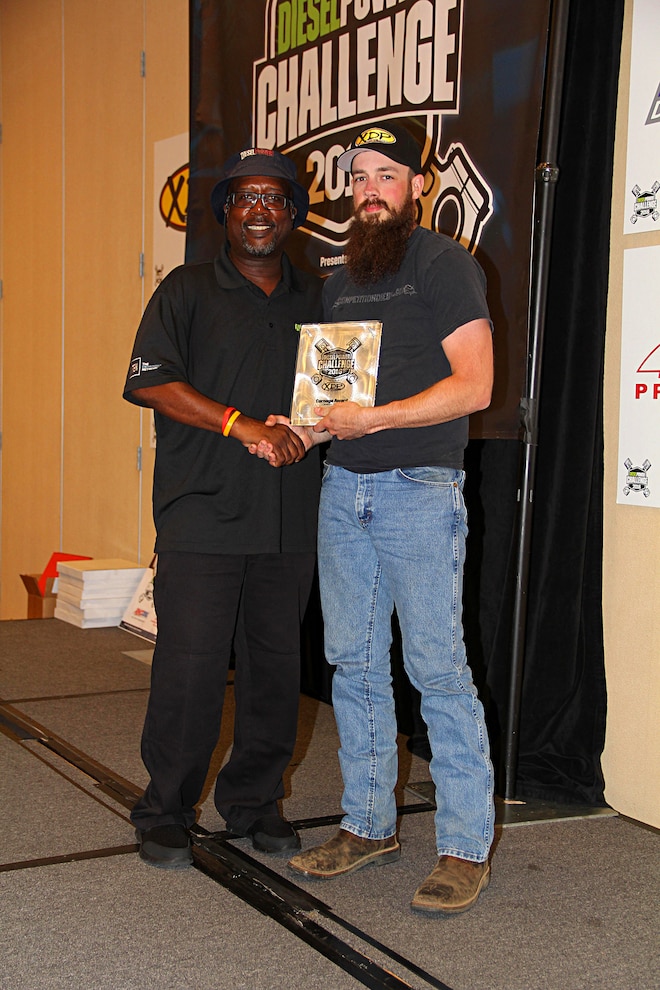 View Photo Gallery | 16 Photos
Photo 14/16   |   While four pistons in Jake Patterson’s 5.9L Cummins engine made the ultimate sacrifice during the DPC 2016 dyno competition, preventing Jake from continuing (and earning him the event’s Carnage Award), he still stayed with us until the very end, supporting other competitors despite his own devastating setback. 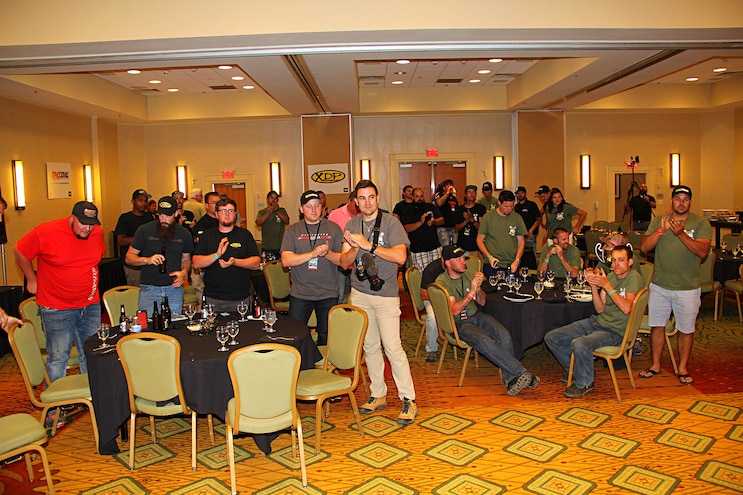 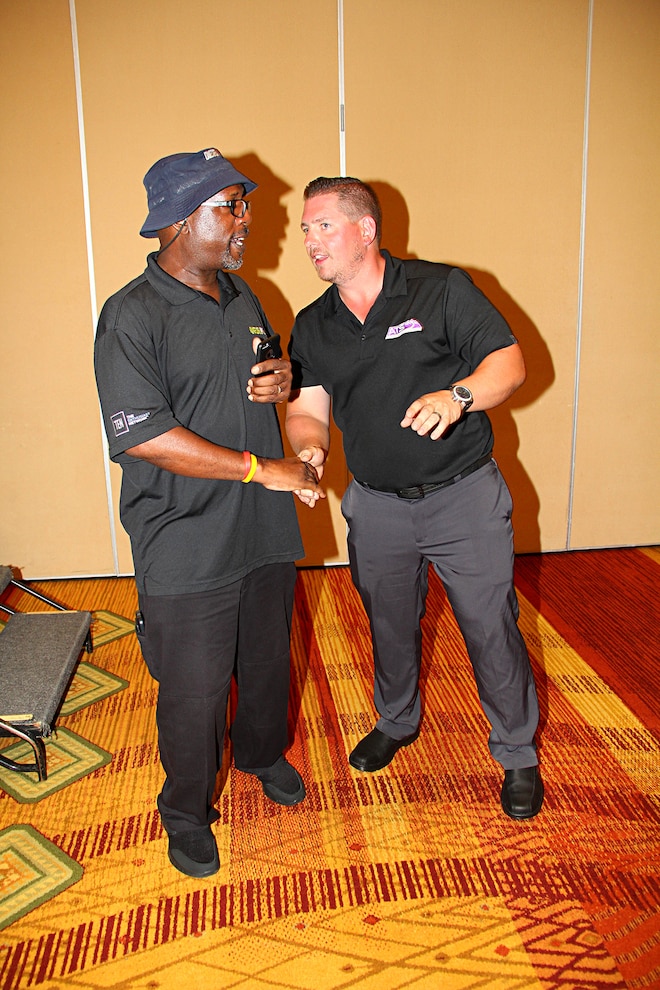