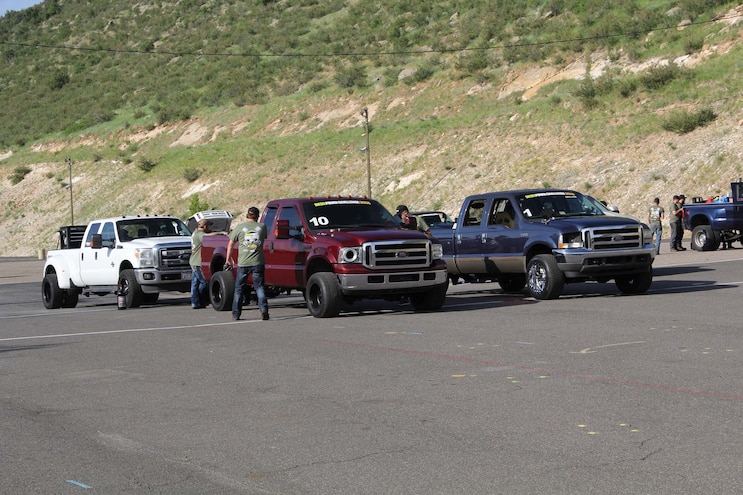 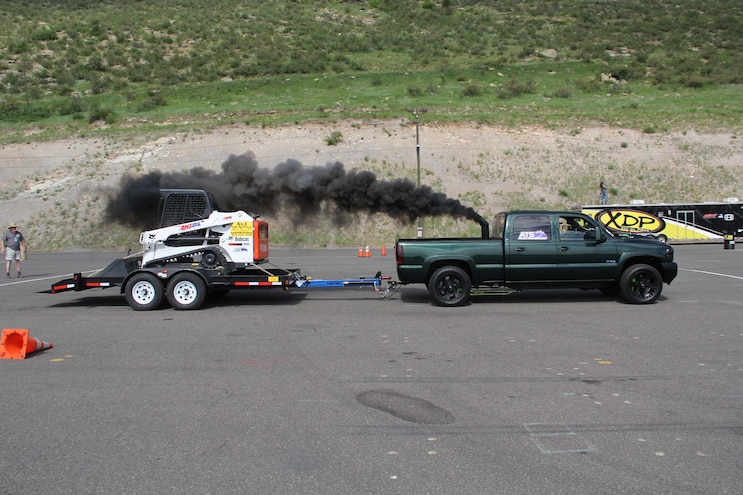 View Photo Gallery | 32 Photos
Photo 2/32   |   006 Diesel Power Challenge 2016 Day Four
First on Day Four’s list of event was the trailer obstacle course. Each truck was hooked up to a skid-steer-–toting trailer (combination weight: 10,000 pounds) and put through a timed obstacle course modeled after tests that individuals must take to earn their commercial driver’s licenses (on a much smaller scale). The test includes long, straight reverse chutes, diabolically tight ess bends, a stop box, and a reverse perpendicular park segment. This is a test that really evaluates a driver’s skill rather than a truck’s speed. 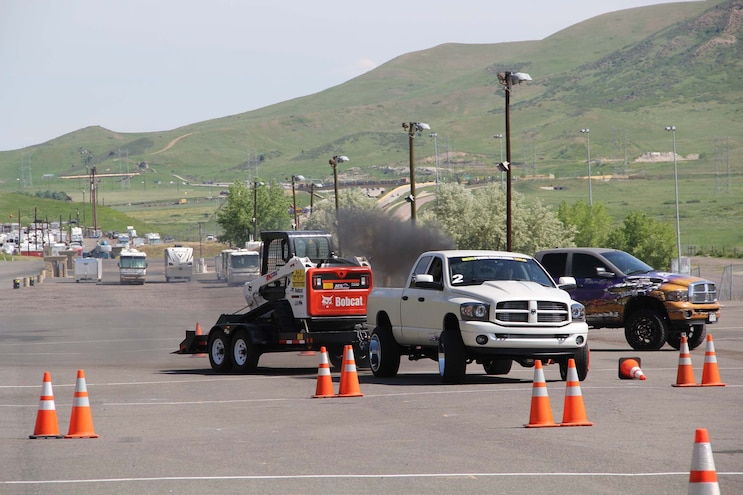 View Photo Gallery | 32 Photos
Photo 3/32   |   010 Diesel Power Challenge 2016 Day Four
Obviously, a fast time through the course is important, but so is precision driving skill, as missing gates or knocking over cones results in time penalties of varying severity. Of the seven trucks, three enjoyed perfect runs with no penalties. One driver, though, blazed around a gate and knocked over two gate cones, adding 50 seconds to his time. Strategy plays a key role in success, as Kelsie Epp’s day-opening run proved. She achieved her impressive, faultless time by putting her truck in 4-Low and unhooking her front axle shafts, keeping her turbo spooled and her steering bind-free.
Following the obstacle course, the competitors and staff enjoyed Bandimere’s finest cuisines before setting sights on speedway’s the world-famous drag strip. First came the trailer-tow to the eighth-mile mark. This drivetrain-munching competition caused some minor damage, but most competitors came through it well. Many elected to risk their first times on a second run in lieu of extra qualifying for the quarter-mile drag race, and for most drivers, the trade-off was worth it. 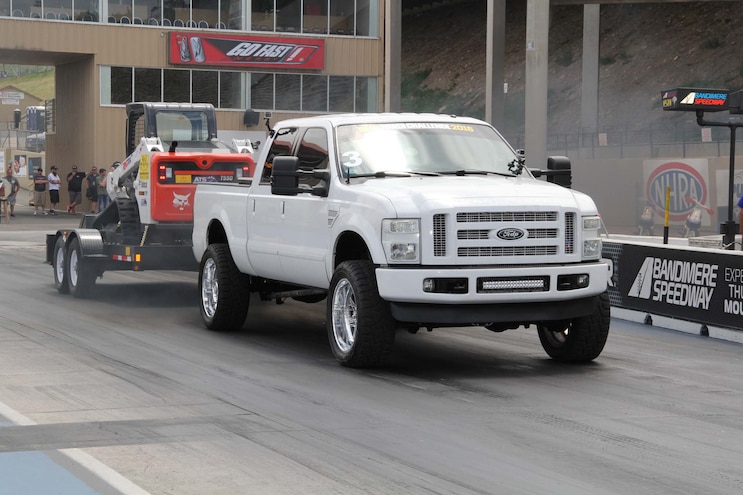 View Photo Gallery | 32 Photos
Photo 4/32   |   017 Diesel Power Challenge 2016 Day Four
With threats of rain, it became imperative to move through the trailer-tow and into the unloaded quarter-mile segment of Diesel Power Challenge. Each driver was given one qualifying pass to determine our bracket, and unfortunately, the qualifier took a few casualties. Nearly half of the DPC 2016 field entered the quarter-mile eliminations hobbled, and some trucks were only able to break the timing lights to earn themselves drivers a DNF (did not finish), which is worth more in DPC scoring than a DNS (did not start). 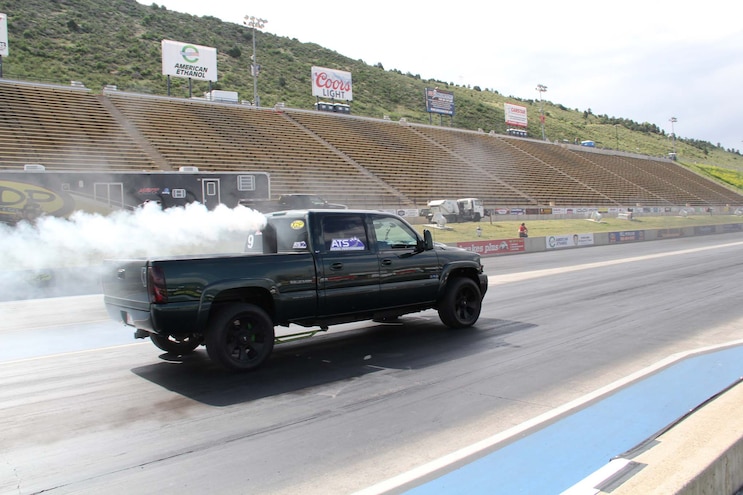 View Photo Gallery | 32 Photos
Photo 5/32   |   023 Diesel Power Challenge 2016 Day Four
At this point, each competitor hoped simply hopes to be able to finish out Diesel Power Challenge 2016. Our last event, the sled pull, takes place on Day Five, at Adams County Fairgrounds. Check back for more, and be sure to follow all of our antics on your favorite social media using #DPC2016.