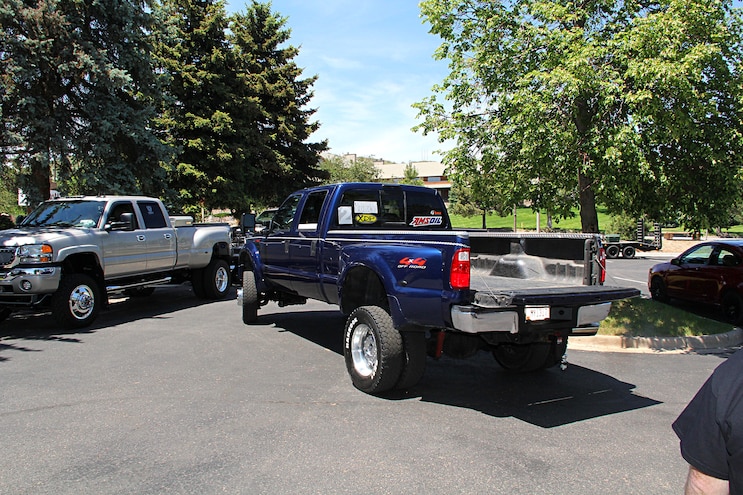 The mountains and race tracks of Denver Colorado once again are the scenic, mile-high home for Diesel Power Challenge 2017 Presented by XDP, with the event boasting another crop of competitors from around the U.S. representing themselves, and you, the fans of the Big Three diesel pickup and engine manufacturers.
Day 1 was simple, but no less important than the rest of the week. Diesel Power Challenge participants checked in and received their official and coveted DPC ’17 T-shirts and sponsor stickers, and Tech Editor John Lehenbauer and Operations Manager Brandon Wright laid the vinyl in strategic locations on competitors’ trucks. Throughout the day, the entire group a chance to meet each other and begin developing the solid bond of participants, staff and sponsors that has become a trademark for the event.
As the 2016 Diesel Power Challenge champion, Charlie Keeter, and his ’04 Ford F-250 wear the coveted Number 1, and the remainder of the competition numbers were issued in the order that drivers registered.
One interesting note, and a testament to the notion that “you never know what can happen,” Levi Krech of Gillette, Wyoming, and his ’06 Dodge Ram 2500 was supposed to be with us as the official Alternate. In a twist of fortune by way of Cody Aldrich encountering problems that sidelined himself, crew and the ’04 Chevrolet Silverado 2500HD they prepared for battle, Levi moved into the game as a full-fledged competitor, and is assigned Number 3. 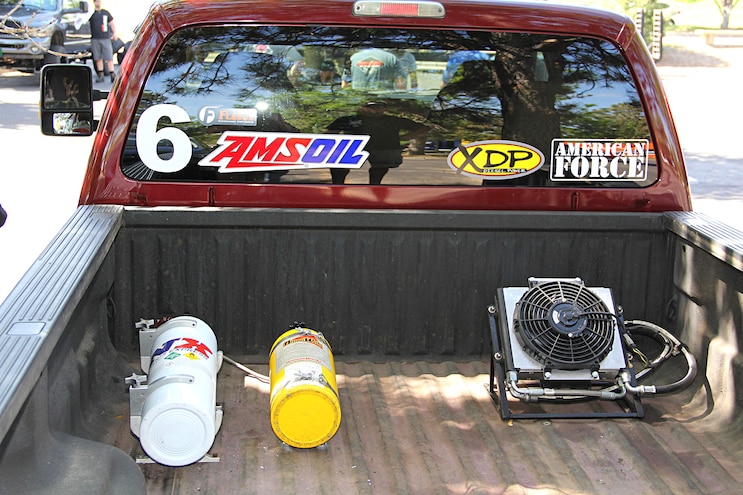 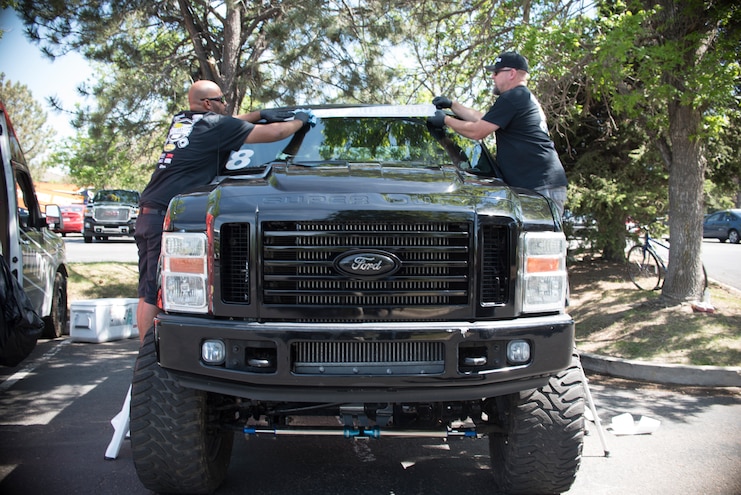 View Photo Gallery | 20 Photos
Photo 3/20   |   Dpc2017 Day1 Registration Ford
The first day closed with the entire gang making a trip over to ATS Diesel Performance in Arvada, Colorado, where dinner and a guided tour of the sprawling ATS facility were on the agenda. Company owner Clint Cannon showed us around the massive space, where we will be for Day 2 and Day 3 of DPC competition, using the chassis dyno for fuel-consumption and drivability, as well as horsepower and torque evaluation. Following the shindig at ATS, it was time to return to the hotel for some much needed rest, as it was the last easy day for the competitors, their trucks, and the staff of the Diesel Power Challenge 2017 Presented by XDP. 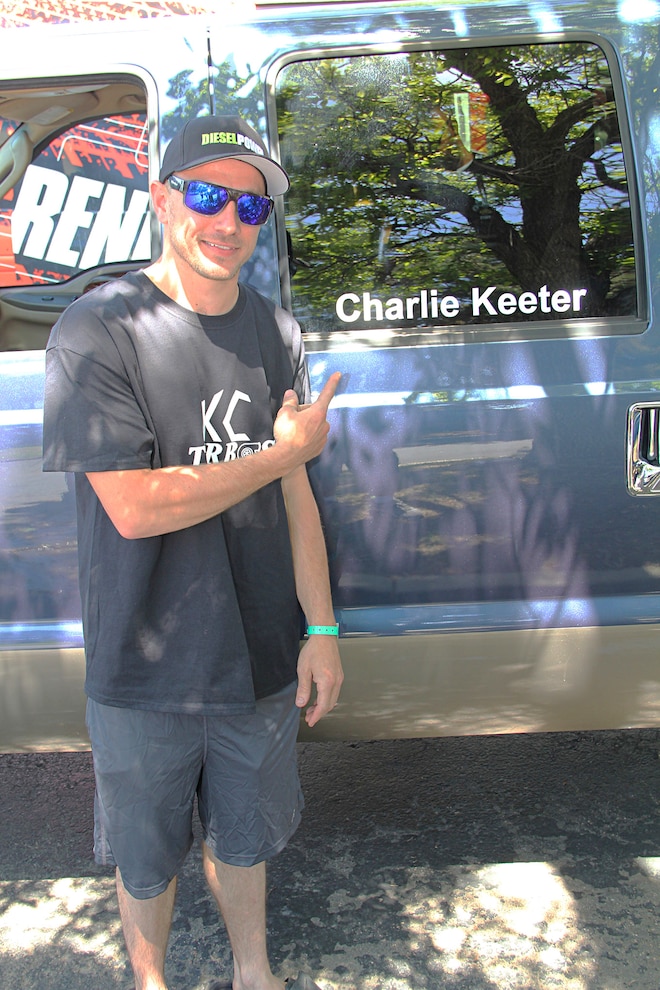 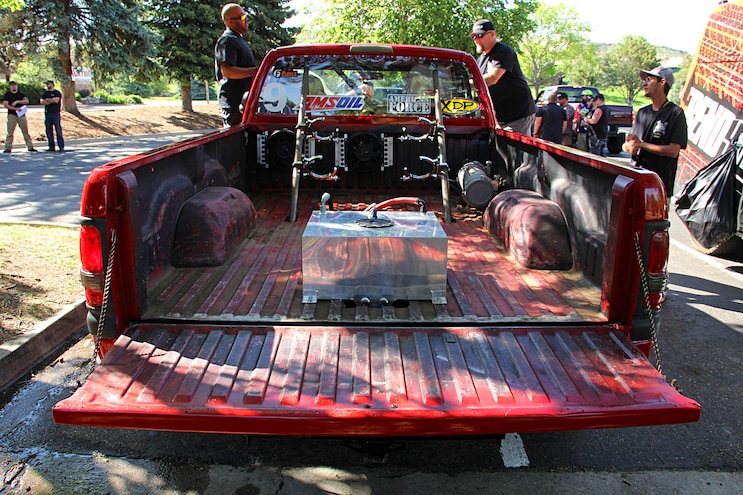 View Photo Gallery | 20 Photos
Photo 5/20   |   Competitors’ trucks are set up in various ways, with most drivers taking full advantage of the extra space the beds provide. 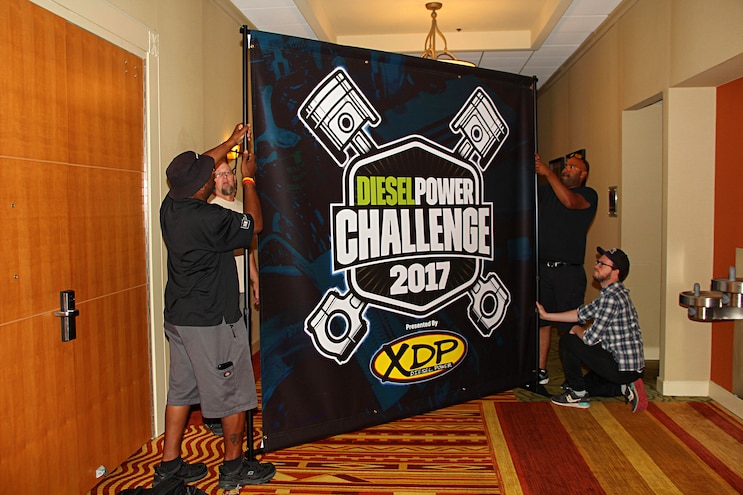 View Photo Gallery | 20 Photos
Photo 6/20   |   Behind the scenes, Diesel Power Editor KJ Jones and other DPC 2017 staffers ready all the banners and signs that will be used throughout the 5-day event. 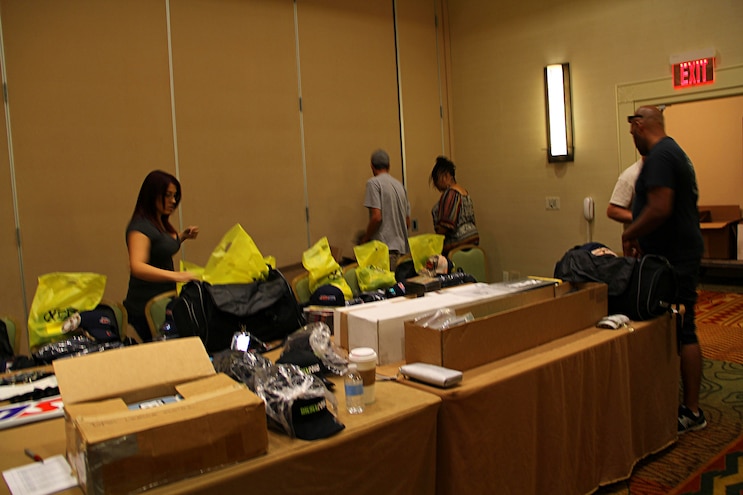 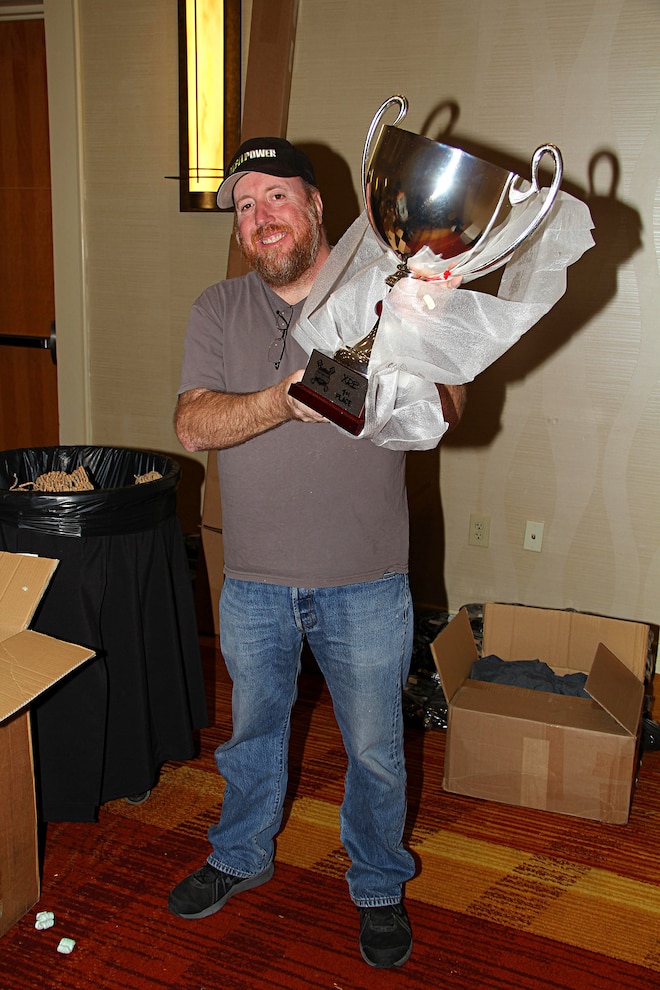 View Photo Gallery | 20 Photos
Photo 8/20   |   This is probably one of the biggest reasons why DPC participants subject their trucks and themselves to the weeklong test, the coveted Diesel Power Challenge First Place trophy. 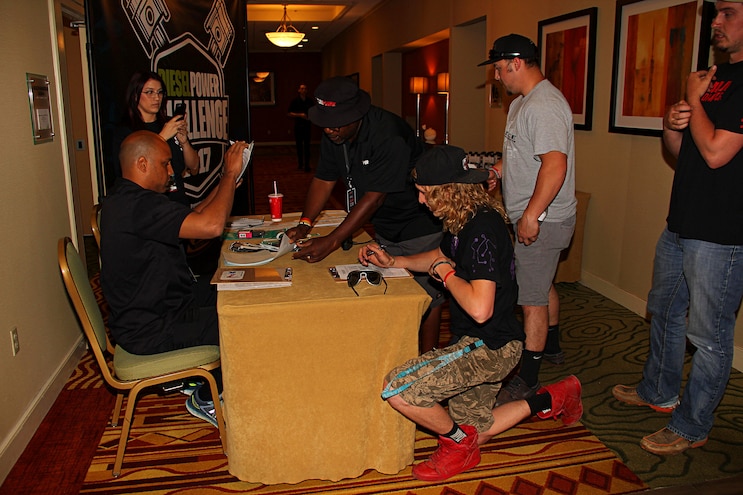