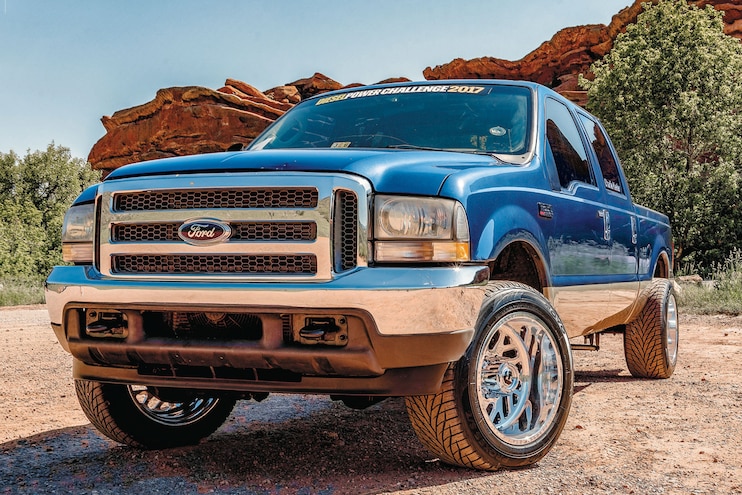 “Winning Diesel Power Challenge 2016 was like a fairy tale that came true,” says returning champion Charlie Keeter. “I honestly still can’t believe it happened. We got back from DPC last year, hit the local quarter-mile dragstrip a few times, and were finally able to push the truck into the 9-second e.t. range for the first time—and I really thought things couldn’t get any better!”
Charlie’s optimism turned to absolute dread near the end of 2016, when the 6.0L Power Stroke engine in his ’04 Ford F-250 developed a rod knock—the telltale sign of a spun rod bearing. “I guess the motor was tired of the abuse it had been through the three previous years,” he says. “Since we had all winter to rebuild it, we decided to do a complete teardown and go through everything, but after enduring multiple delays due to the holidays and machine shop, we finally got the new engine installed and had issues right off the bat.” 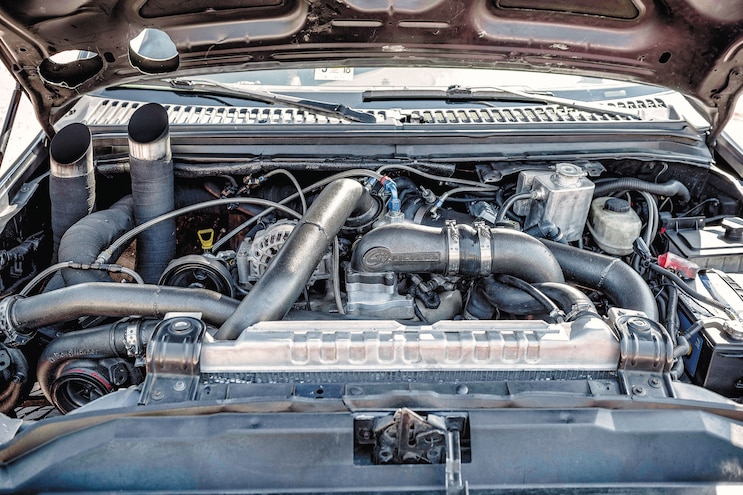 View Photo Gallery | 13 Photos
Photo 2/13   |   2004 Ford F250 Diesel Power Challenge Competitor Charlie Keeter Engine
Ultimately, a poor crank signal proved to be the problem. And, after righting that wrong, the truck’s 6.0L powerplant was ready to defend Charlie’s Diesel Power Challenge title…or so he thought. “After driving a few hundred miles to break in the engine, I decided to hit a local truck event to see where the truck needed improvement,” Charlie says. “I could tell the motor was a little down on power, so we worked the bugs out and she was once again running 109 to 112 mph in the eighth-mile.” But, with the big speed came another setback: Charlie discovered residue from a geyser of coolant that had sprayed everywhere under the hood—just 32 days before DPC 2017!
After initially thinking the problem was nothing more than a blown head gasket, Charlie figured out the block was cracked in the Number 1 cylinder. “The crack was down in cylinder wall. It went up, out, and across the deck surface and into the water jacket. It was a bad day that put me straight into panic mode, because time was running out and I had to get the truck ready for this event. 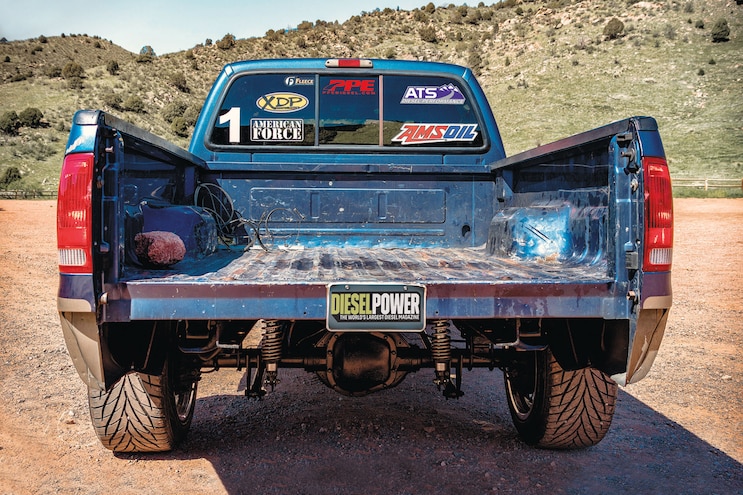 View Photo Gallery | 13 Photos
Photo 3/13   |   2004 Ford F250 Diesel Power Challenge Competitor Charlie Keeter Rear
Jared Alderson came to Charlie’s rescue with a short-block that was already balanced, blueprinted, assembled, and ready to drop in. “Thankfully, he was willing to part with it so I could get the truck back up and running for DPC 2017. It’s been rough getting to this point, but I feel we are back on track for another good showing in 2017,” the defending champion tells us.
“We’ve also made a few changes to the truck from last year’s event,” Charlie adds. “We added a set of QA1 coilover shocks to the rear of the truck, along with a forced-induction S472 in the valley as the high-pressure turbo, replacing the 68mm we ran last year. We also upgraded the low-pressure turbos to a pair of all-new KC Turbos dual-ball-bearing S369R turbos to help spool at the elevation in Denver.” 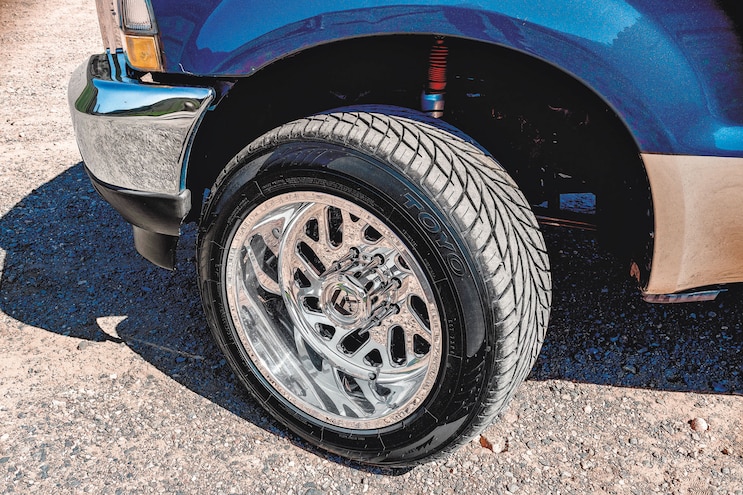 View Photo Gallery | 13 Photos
Photo 4/13   |   2004 Ford F250 Diesel Power Challenge Competitor Charlie Keeter Wheel
In addition, Charlie added an ODawgs Diesel Performance ported intake manifold for improved airflow. Jesse Warren, a former DPC competitor and the proprietor of Warren Diesel, did some additional work on Charlie’s fuel injectors, and the folks at Twisted Diesel went through the 4R100 transmission they’d built for his truck as part of yearly preventive service. The transmission is further bolstered by a quad-disc torque converter built by Phil Taylor of Diesel Performance Converters. The whole kit and caboodle is tuned by Innovative Diesel, keeping all the different elements playing nice, and Charlie’s friends at All Shades Customs hooked him up with a set of Fuel forged wheels.
Overall, the champion’s truck looks like it’s in rarefied form and ready to defend his title.