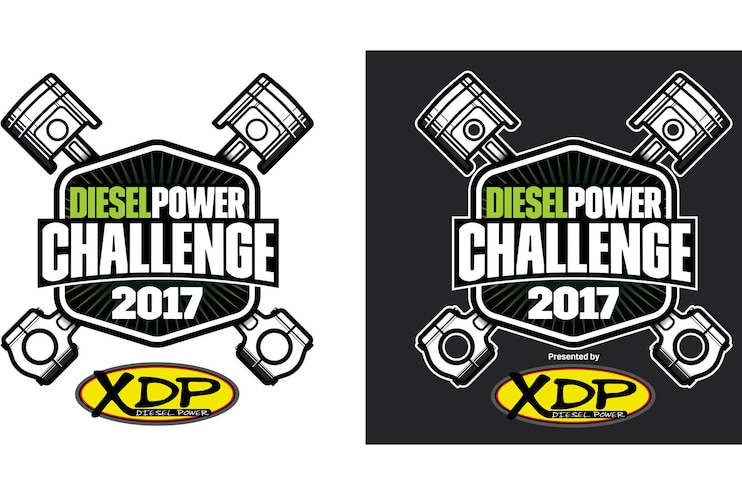 You’ve made your selections, the votes were tallied, we made the announcements, and now, for the 13th year, 10 diesel-powered, street-style trucks (and an alternate on deck with fingers crossed) are ready to assemble in Denver, Colorado, to compete in Diesel Power Challenge 2017 Presented by XDP: our five-day test of engine performance, vehicle capability, and driver skill.
Returning DPC champion Charlie Keeter and his ’04 Ford F-250 will be there, along with crew members Jesse Warren, Henry Scott III, and Joseph Abe Harms. The remaining nine reader-chosen hopefuls (and one alternate) represent each of the Big Three truck manufacturers and will use a varied mix of truck, engine, and power-adder configurations to try to dethrone the reigning title holder. 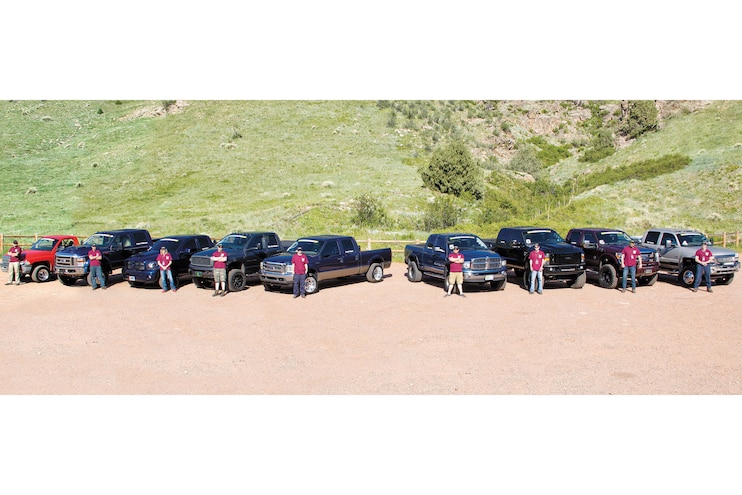 View Photo Gallery | 2 Photos
Photo 2/2   |   Diesel Power Challenge 2017 Competitors
While the event is contested primarily for pride and bragging rights, handsome trophies and awards, and, for 2017, exposure on a very big stage (three days of DPC are being streamed live on the Internet, courtesy of Fleece Performance Engineering), Diesel Power Challenge is one of the hobby’s most-competitive programs, one in which a vehicle’s horsepower, torque, speed, and ability are nothing without solid strategy and execution by drivers and their teams.
The 2017 lineup features a solid collection of single-, compound-, and triple-turbocharged, nitrous-oxide-injected Power Stroke (four), Cummins (three, including a 5.9L 12-valve) and Duramax-powered (three) trucks that will vie for a spot on the DPC 2017 podium.
Next month, we will bring you a complete review of all things DPC 2017, as well as details on Truck Trend’s 1-Ton Shootout, an event within the event, in which ’17 Ford, GMC, and Ram dualies are put to the same test as the rigs featured in this report.
Now, submitted for your review, the Diesel Power Challenge Class of 2017.