Getting Pretty in the Mile High City – #DPC2018 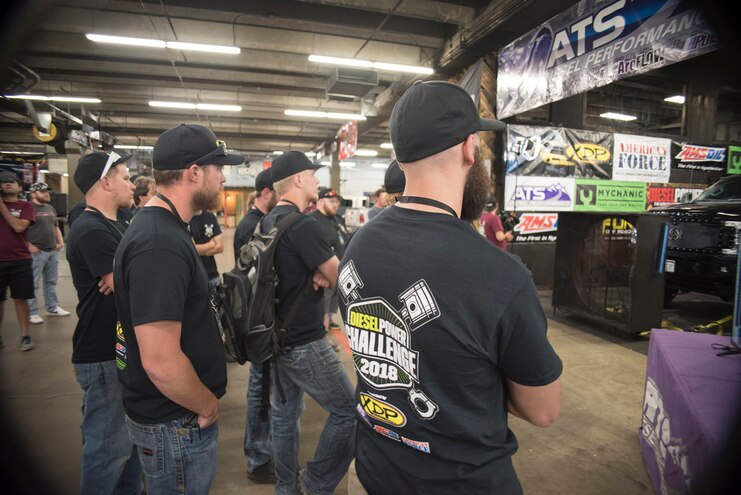 After getting settled in following registration, our drivers and staffers woke up with the sun to line up at Red Rocks Park in nearby Morrison, Colorado, for the first of many photo opportunities.
Red Rocks affords itself well to our group and individual feature photos thanks to those iron-rich, rust-colored flatiron rocks, and while taking a series of photos and video of each and every competitor was time-consuming, we think it was worth the effort. Check out a teaser of some of the photos here, and be sure to look out for a future issue of Diesel Power to see all of the feature articles in print. 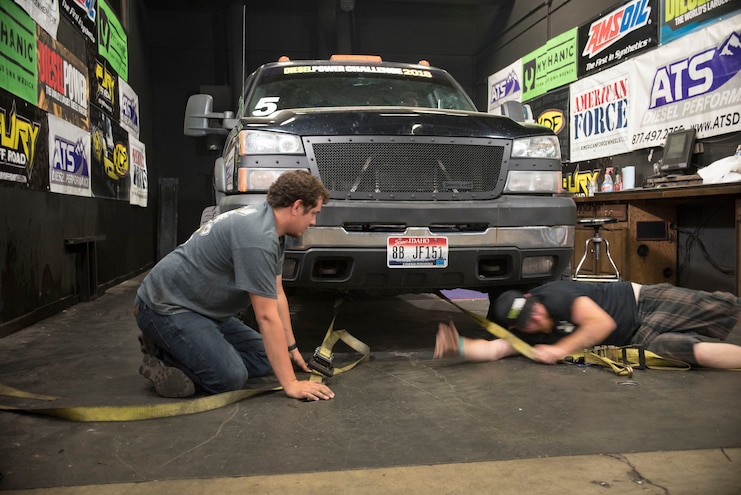 View Photo Gallery | 88 Photos
Photo 2/88   |   Diesel Power Challenge 2018 Fuel Economy Test
After being photographed, competitors grabbed a quick lunch (and a nap, if they were lucky) and headed toward ATS Diesel Performance in Arvada. There, each truck was strapped onto the firm’s Mustang dynamometer, which was then loaded with a 20-minute drive cycle program simulating an on-road drive. Every competitor gave the program a go, but not all of them finished.
Unfortunately, rising engine temperatures were enough to sideline four competitors: Shayne Merriman (’74 Ford F-250), Andrew Morrison (’94 Dodge Ram 2500), Kodi Koch (’01 Chevrolet Silverado 2500HD), and Zach Scoles (’04 Ford F-250). In fact, Zach and Shayne’s trucks left a little blood on the dyno in the form of coolant, but their teams worked hard to get the trucks ready to battle in Day Three’s contest, the power dyno. 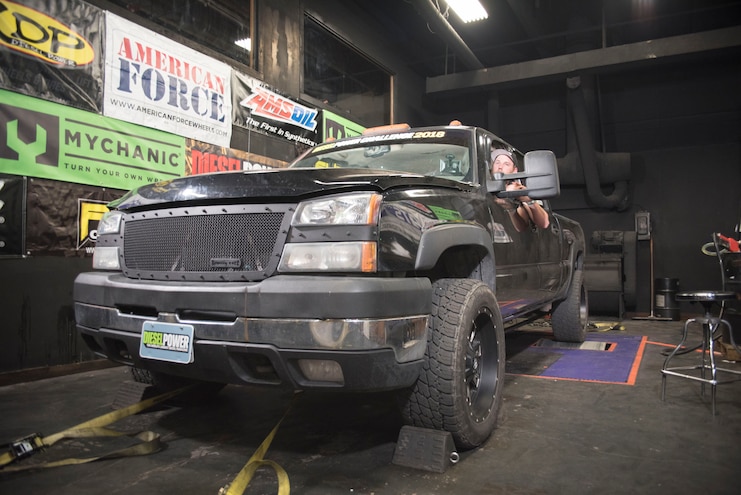 View Photo Gallery | 88 Photos
Photo 3/88   |   Diesel Power Challenge 2018 Fuel Economy Test Chevy
The fuel-economy dyno is more than just a test of fuel consumption—it also evaluates a truck’s drivability. In this vein, a few trucks stood out for better or worse. Kody Pulliam’s ’04 Chevrolet Silverado 2500HD was a smooth operator, and the driver was able to complete the entire fuel economy course with just one penalty. On the other hand, Allan Burk’s ’07 Chevrolet Silverado 2500HD was difficult to control on the slow-moving rollers, leading him to 13 unfortunate faults. Most of us were duly impressed with Travis Richards’ performance, as he handled his ’07 Dodge Ram 2500’s G56 six-speed manual transmission very well. He faulted several times, but that’s to be expected when wrangling massive power and modulating a clutch, and he never stayed in the penalty zone long.
On Tuesday, the same dyno will get pressed into power-measurement duty, and we can’t wait to see how these trucks will do when they’re unchained from a slow fuel-economy run and allowed to churn the rollers with abandon.