Cummins-Powered Dodge Ram to the Front 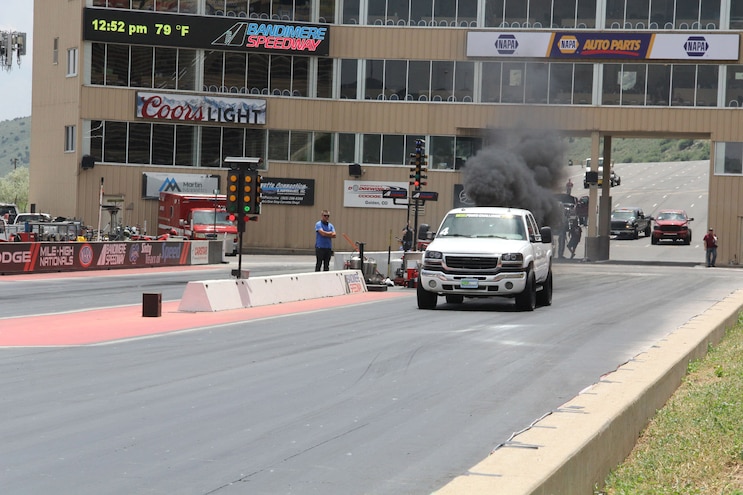 If the Diesel Power Challenge dyno conflict is the 5-day competition’s marquee segment, the Quarter-Mile Drag Race certainly is its closest rival. The two are the most popular categories of diesel competition, and honestly, it’s almost unfair for one to have top billing over the other.
In addition to the Eighth-Mile Trailer Tow, Day 4 of Diesel Power Challenge 2018 Presented by XDP also featured a Quarter-Mile Drag Race event. The segment is comprised of a qualifying session for the nine competitors, and then pairing on a Pro ladder (lowest qualifier vs highest, etc.), for a three-round, heads-up, “Quick 8” eliminator.
With Ford-GM-Dodge trash talk at its highest during qualifying, Andrew Morrison’s 10.76-second shot (at 132.99 mph) put his ’94 Dodge Ram 2500 in the Pole position, much to the delight of crew member and DPC alum McCoy Black—the Dodge contingent’s lead trash talker. 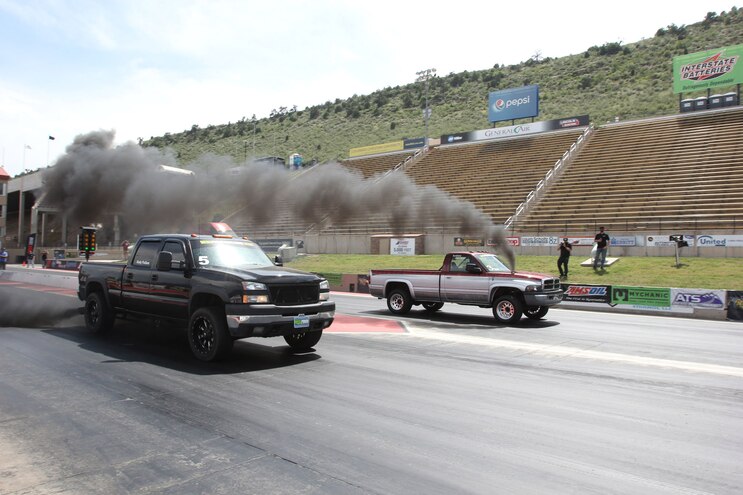 View Photo Gallery | 148 Photos
Photo 2/148   |   Diesel Power Challenge 2018 Drag Race Launch
While “Quick 8” eliminations included a couple of First-round races that were over from the start (Travis Richards rolled out of the staging beam and red lit, and Zach Scoles incurred a time-out foul for not staging within seven seconds of Shane Merriman getting into the beams), the highlight was definitely Trae Hutton’s upset win over Kodi Koch’s 1,400 horsepower beast.
Round Two featured a pair of great drag races that ultimately sent Andrew and Kody Pulliam to the third-and-final round. Their run proved to be a slugfest. Although the race appeared to be over after Kody strapped a massive .202 holeshot on Andrew (.691), the big Dodge Ram’s 5.9L, 12-valve engine brought fury in the second half of the race track, sending Andrew around Kody, to a Final-round win.
Today, the Diesel Power Challenge contingent returns to Bandimere Speedway, for the always-popular sled-pull segment. Stay tuned to the Diesel Power Magazine Facebook page and trucktrend.com, for details on how you can see all the action, LIVE, thanks to American Force Wheels. 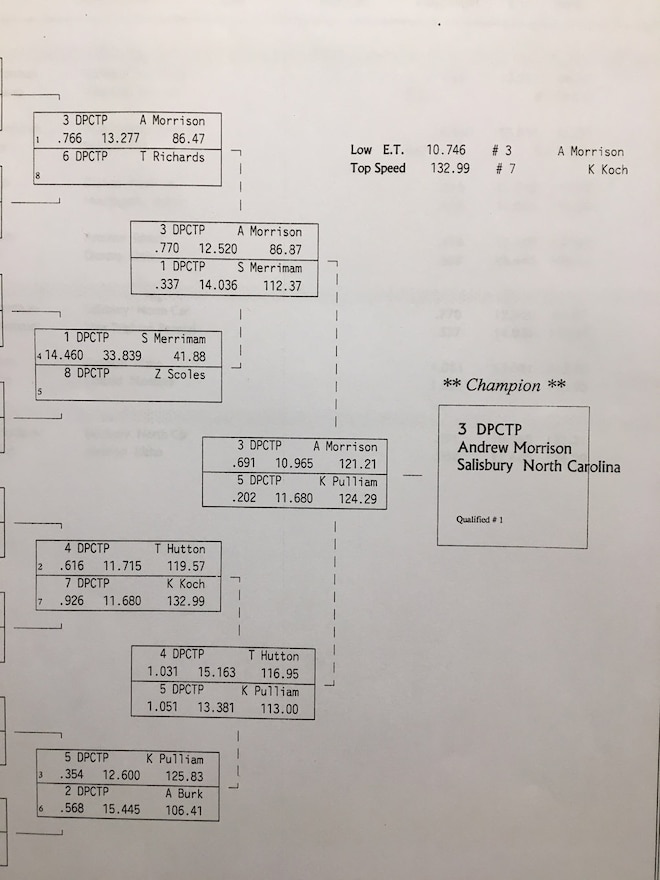