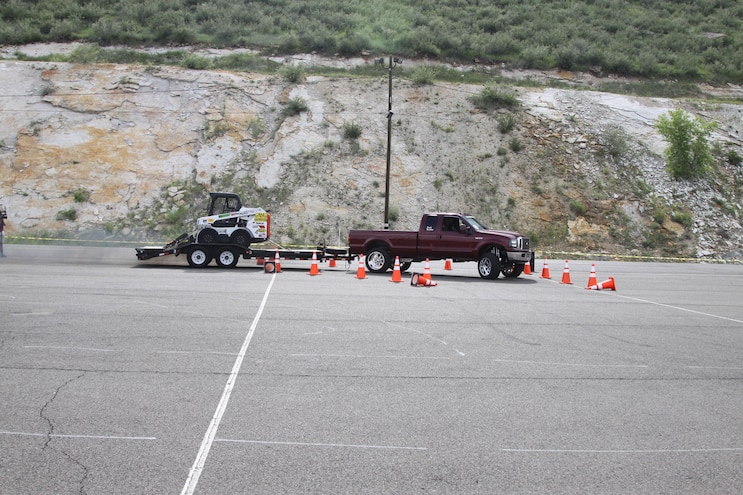 The most taxing events at Diesel Power Challenge involve getting hitched up to our 10,000-pound, 25-foot skidsteer trailer. The 1/8th-mile drag race demands a lot from the truck’s driveline components, while the trailer-tow cone course (formerly known as an obstacle course) demands a lot from the driver.
We were reminded of the former when Number 11 Garrett Osen’s Ford F-350 broke an input shaft while hustling the trailer down the dragstrip at Bandimere Speedway, but more on that in a minute. 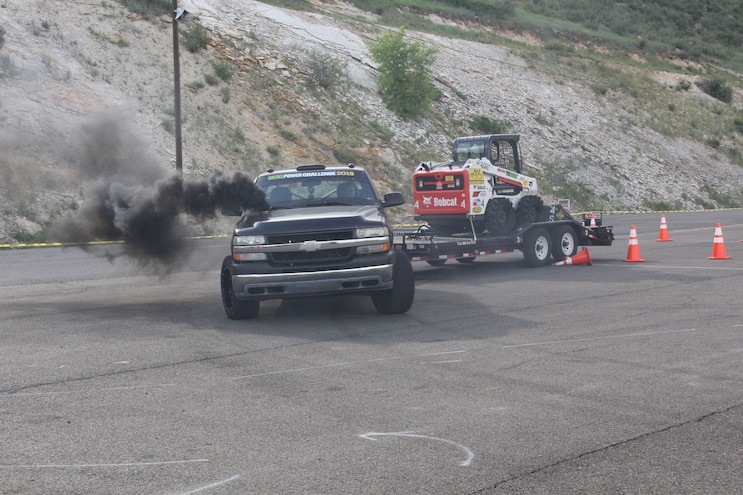 View Photo Gallery | 258 Photos
Photo 2/258   |   Diesel Power Challenge 2018 Cone Course Chevy
This year, our cone course was made just a bit more difficult than usual courtesy of certified sadist and Truck Trend Editor Jason Gonderman. Our drivers stampeded out of the starting box through a tight right-hander, through a gate and into a 100-foot reverse chute. From there, they had to swing the trailer to the left and break the beam on a bumper box using the rear of the trailer’s deck, then on to a chicane before hitting a decreasing-radius left-hander. One final chicane before a second left-hander, and then a front-bumper box. The final challenge: Reverse-swing the trailer to the right back into the starting gate. As soon as the trailer deck is past the start line, the clock stops. Every downed cone is a 10-second penalty.
This year, surprisingly, our best time came from someone who incurred penalties. Usually, the winner of the cone course is someone who combines rapid-but-not-reckless driving with perfect precision, but Kody Pulliam’s stellar sub-two-minute elapsed time was quick enough that even with the two cones he knocked over on the very last obstacle, he still was four seconds faster through the course than his second-place competitor Shayne Merriman. Serial-killing the cones were two drivers: Travis Richards, who knocked down five, and Garrett Osen, who took out six. 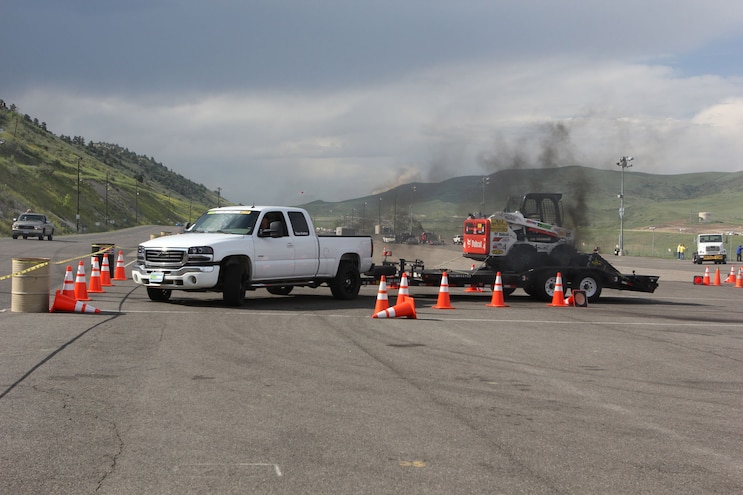 View Photo Gallery | 258 Photos
Photo 3/258   |   Diesel Power Challenge 2018 Cone Course GMC
Yes, you read that right. Immediately after losing his input shaft, Osen and teammates hustled to ATS Diesel Performance a few minutes away and rebuilt the transmission, using every minute of the five hours between events to get his truck back into competitive form. This marathon repair job was impressive to everyone in the competition, not least of all the #DPC2018 staff. And even though he took out a few cones, everyone was just excited to see him back in the game.
How will the competitors do with the sled pull? Tune in to our live coverage on the Diesel Power Magazine Facebook page (presented by American Force Wheels) to find out. 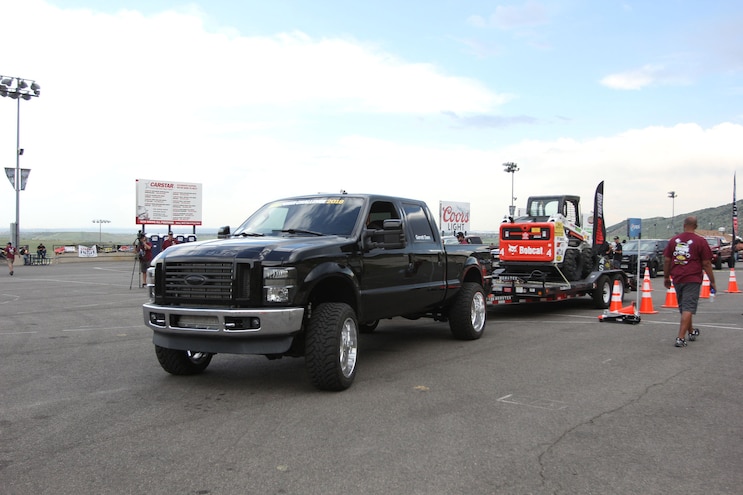