Getting the Jeeps to Moab 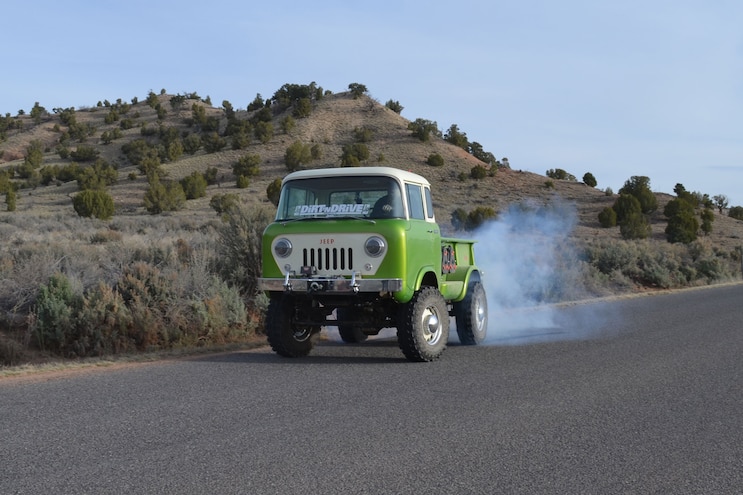 With the dirt settled from day one of the inaugural Jp Dirt ‘N Drive and after a good nights rest in Bryce Canyon, it was time to make the final push to Moab. With a bright and early call time, the Jeeps were loaded, fueled and the drivers caffeinated for day two of dirt.
Before we hit the first trail, a challenge had to be settled between Daystar’s Mark Turner and Bestop’s Jim Chick, in the form of a drag race. Mark lined up his 1958 Jeep FC-170 powered by a 5.7L Hemi next to Jim’s beefed up Jeep JK and the scepter was dropped. The race was closer than we all anticipated, and was sure a blast to watch. 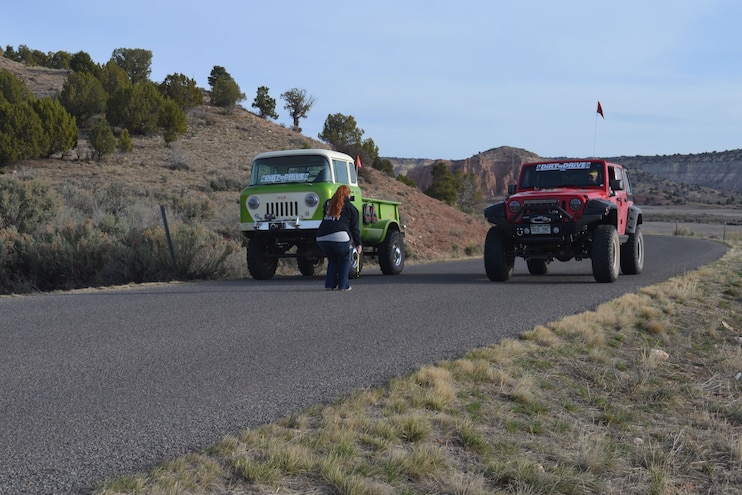 View Photo Gallery | 45 Photos
Photo 2/45   |   Jp Dirt N Drive Day 2 72
After the tomfoolery was over it was time to get on the trail, we made our way down some awesome switchbacks in Escalante, Utah and through Boulder, Utah where we hit the scenic Burr Trail.
Once we made it through the Burr trail we entered Capitol Reef Park, where another set of even steeper, tighter and narrower switchbacks were waiting to be conquered. As we continued on the trail we were awe-struck by the awesome scenery we were driving through. Once we picked up our jaws we made our way to Eggnog and Star Springs where the tires chewed up more dirt. 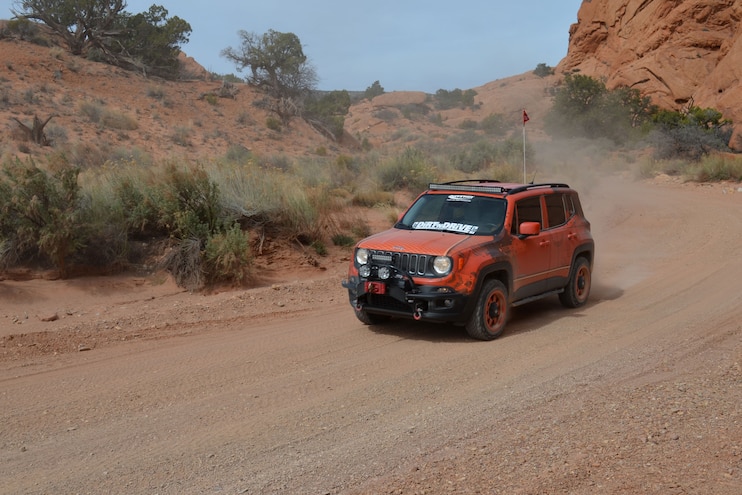 View Photo Gallery | 45 Photos
Photo 3/45   |   Jp Dirt N Drive Day 2 91
With all the Jeeps through Star Springs the next part of our journey took us through some of the most picturesque area in the country as we headed to the Moki Dugway towards Mexican Hat where we stooped and stared at all the awesome geographical features. 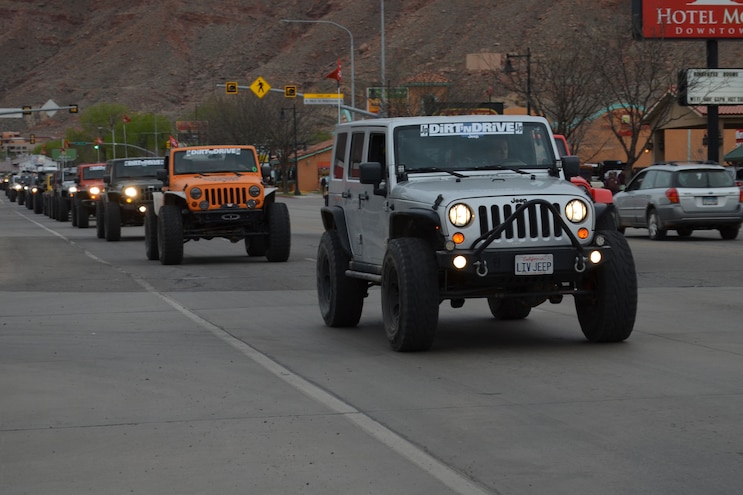 View Photo Gallery | 45 Photos
Photo 4/45   |   Jp Dirt N Drive Day 2 13
A quick stop in Blanding, Utah for fuel and to air up was needed to make the final push into Moab. After over 300 miles, most of which were dirt, we gathered just before town and paraded our long line of Jeeps down Main Street. We can’t wait to do it again next year! 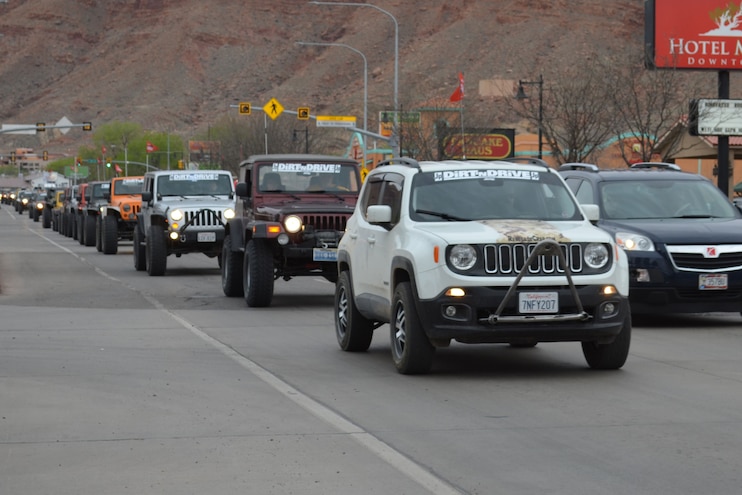