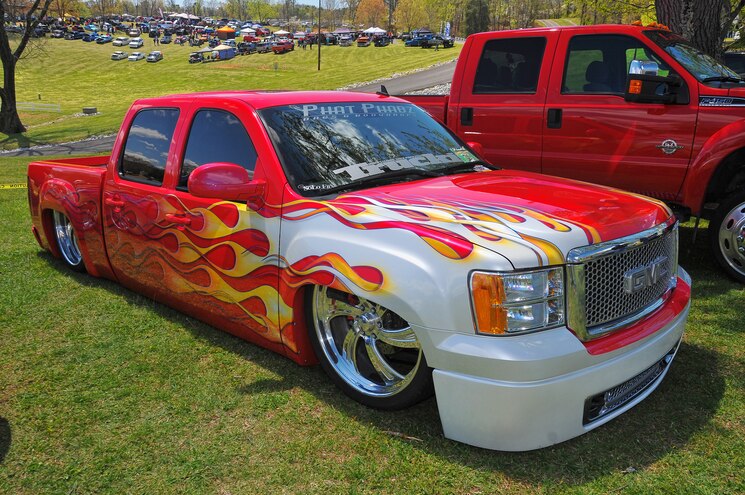 When you think about Tennessee’s largest truck show, you think of Lay’d Out at the Park in Morristown, Tennessee. The one thing you don’t think about is freezing weather. The sun shining and temps in the high 70’s is common and what is expected. However the 2016 show had different plans. Right up until the gates were opened at the spacious Cherokee Park, there had been forecasts for snow showers. Although snow never arrived, the freezing weather was with the show all weekend.
The weather didn’t deter the truck faithful as upwards of 1,000 show quality vehicles filled the park. The loyal sponsors included Drop Em, Welch’s Chop Shop, Kustom Stitch, Sparkles Detail, Carbon 13, Positive Creations, Fabworx, Southern Events and Hampton Inn. 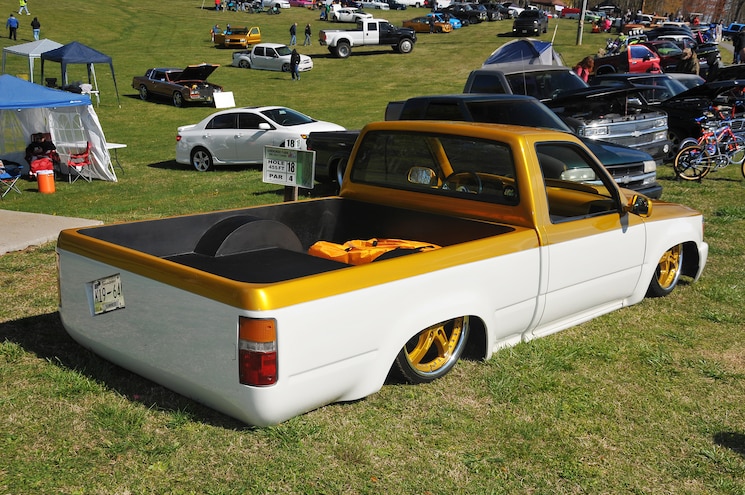 View Photo Gallery | 174 Photos
Photo 2/174   |   031 Layd Out In The Park Toyota
While most of the trucks in the Park were indeed Lay’d out, the show itself is open to all type of customs, and more than a few lifted trucks were displayed as well. Show attendees were representative of the low life sported all kinds of local club attire and many were seen pulling around young children in ground scraping lil’ red wagons.
Show promoter Jeffrey Dillard wishes to thank everyone that came out to support one of the best shows of the year and Tennessee’s most famous custom truck show. This highly anticipated show should be on every truck fan’s show list and year after year, it does not disappoint. For more information log on to LaydOutAtThePark.net.