Chevys in the Park 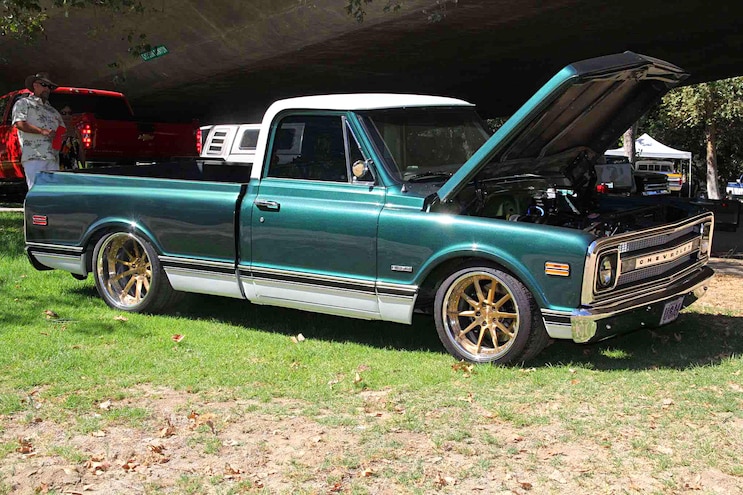 Canyon RV Park in Anaheim was once again host to one of the largest truck centric show of the summer when the 18th Annual Brothers Truck Show N Shine came through once again. This Chevy truck only show had humble beginnings, but has grown to a destination show that features over 500 trucks for this year’s event. A full day of fun started early for some as there were multiple cruise-ins for the various truck clubs and groups that attended, including Squarebody Syndicate which caravanned all the way from Arizona to join locals in the C10 Club to create an armada of Chevys some 200 strong. Having the event on the grounds of RV Park, was beneficial to those that brought out their equally decked-out RVs and trailers to make a weekend out of it and enjoy a relaxing campout. The show is also extremely family friendly as was evident by all the young kids running around being imprinted with how cool the custom scene is. There were plenty of vendors on hand selling everything from apparel to performance parts, as well as plenty of food and cold drinks to keep the show-goers cool in the summer sun. But this show is not all beer koozies and hanging out in lawn chairs. The folks at Brothers are appreciative of the way this event has grown and offers some pretty impressive trophies, and as an added bonus the overall Best of Show truck will then be featured on the cover of next year's Brothers Truck Parts catalog, which is like the modern Sears catalog for Chevy and GMC fans. The clubmembers of SBS won the Club Participation trophy, new award category Ugliest Truck went to Thomas Torske with his Advance Design Dump Truck that was cobbled together with parts that ran the entire year range from ’47-’54, Best Under Construction went to Josh Yaghoubran from Hot Rods in Norco and his ‘65 Suburban, 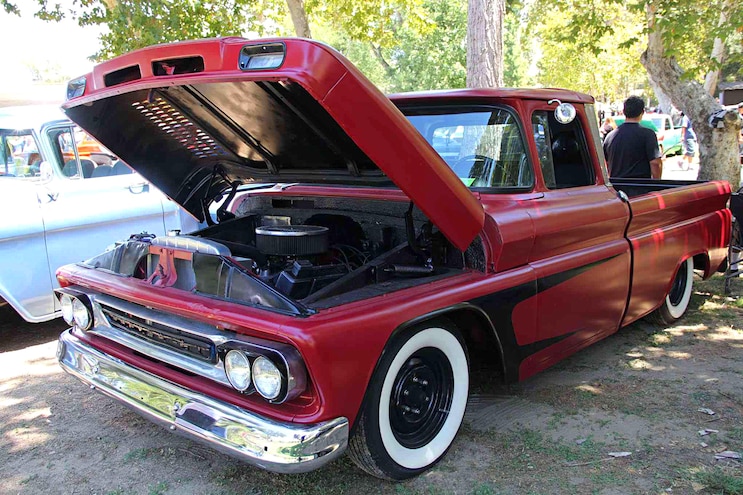 View Photo Gallery | 275 Photos
Photo 2/275   |   244 Brothers Show N Shine 1960 1966 Chevy C10
Best of Show went to a near flawless ‘67 Orange C10 owned by Howard and Janet Stubbins, who also won the ‘67-‘72 overall trophy, and Brothers Choice went to Rich Ralston and his ‘67 Flatbed complete with some sort of a junkyard hotrod of undermined make, but it was definitely not a Chevy. For all of your classic Chevy truck needs contact the experts over at Brother Truck Parts in Corona, CA online at www.brotherstrucks.com, and keep up on the announcement of the 2017 event at www.facebook.com/brotherstrucks.