Mature for a 9-Year-Old 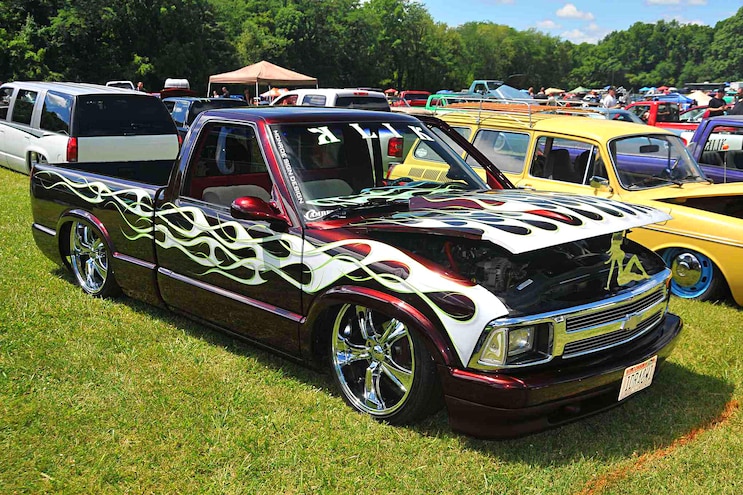 For the past eight years only one truck show has incorporated the best truck builds, nighttime cruising venue, and a campground atmosphere. That show is the Midwest Camp-n-Drag in Waveland, Indiana.
Due to unfortunate weather right up until last year’s show, the spacious Lake Waveland Park was completely engulfed in mud and water. With the park and staff’s best interest in mind, show promoter Bill Baltikas had to make some changes. There was a strict application process that every participant had to fill out in order to attend. 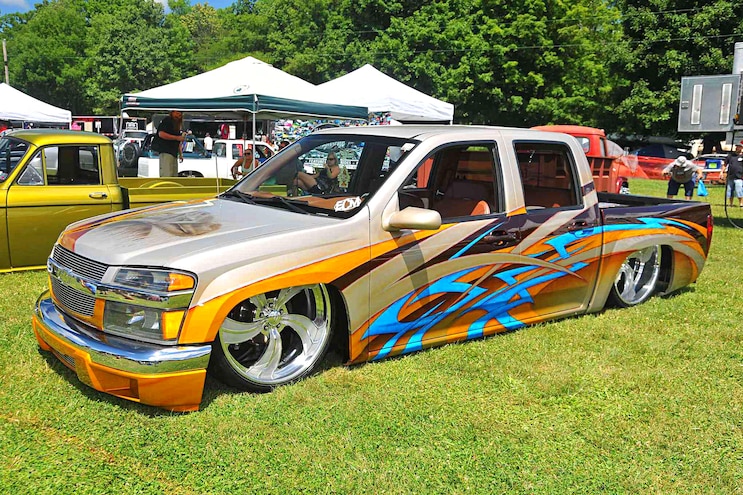 View Photo Gallery | 180 Photos
Photo 2/180   |   043 Camp N Drag 2016 Chevy Colorado
The results were astounding, as over 500 custom cars and trucks entered the gates for the weekend show. The nighttime cruising went off without any incidents and overall the truck owners, attendees, and even the Waveland residents were treated to a fun, respectful show. “We wanted to return the show back to the way we intended it,” Bill tells Truckin. “We’re showing you can have a great time without any problems occurring.”
The main sponsors involved in Camp-n-Drag 2016 were ThorBros and Drop ’Em Wear; other sponsors included Kirco Precision Tools, All Time Low Magazine, Airlift, Minitruck Cartel, Cambered, Marshall’s Shop, Gauge Magazine, and Wicked Welds. Bill’s team of Balistik truck club members worked hard throughout the day parking, judging, and keeping the grounds clean and safe. As the ninth year of the Midwest Camp-n-Drag came to an end, a new era of shows began in Indiana.
For more information about the 2017 event, visit www.campndrag.com.