Crazy from the Heat 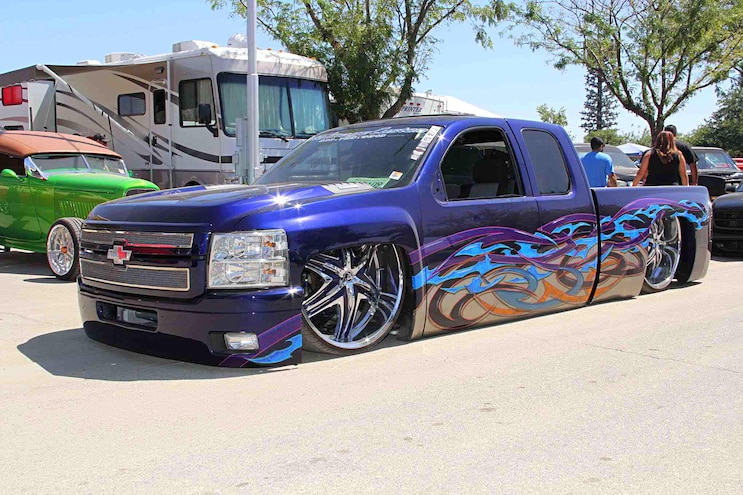 Bakersfield, California, was once again the setting for Summer Madness, which celebrated a milestone anniversary of 30 years, and this year was the largest in record. Over 1,500 trucks passed through the gates of the Kern County Fairgrounds, whose ample open space and flat landscape provided the perfect setting for show attendees to set up camp and settle in for the three-day show. There were a variety of accommodations, ranging from individuals sleeping in their truck beds on air mattress to tents, pop-ups, little tow-behind travel trailers, and full-size RVs with slide-outs, canopies, and generators blaring music and powering blenders for margaritas. The show itself is closed to anyone under 18, and provides a closed environment for campers to really enjoy themselves. Madness is billed as a show, but the real draw is the cruise where owners of custom trucks of all makes and heights travel the interior of the fairgrounds on a permanent loop to show off their latest project and to give ideas to those sitting on the roadsides. ’Bagged trucks seemed to dominate the scene, but there were also old-school static drops and lifted trucks that made the cruise. In attendance were big clubs, small clubs, even the single guy who built a cool truck and wanted to be a part of the fun that he had heard so much about. The weather was hot, staying in the 100s over the whole weekend, but that did not bother show-goers as they cruised endlessly, played club games, shared build secrets, and made new friends. The feeling of Summer Madness was that of belonging, a sense that there are a huge amount of likeminded folks out there who are keeping the scene alive, and building some badass trucks at the same time. 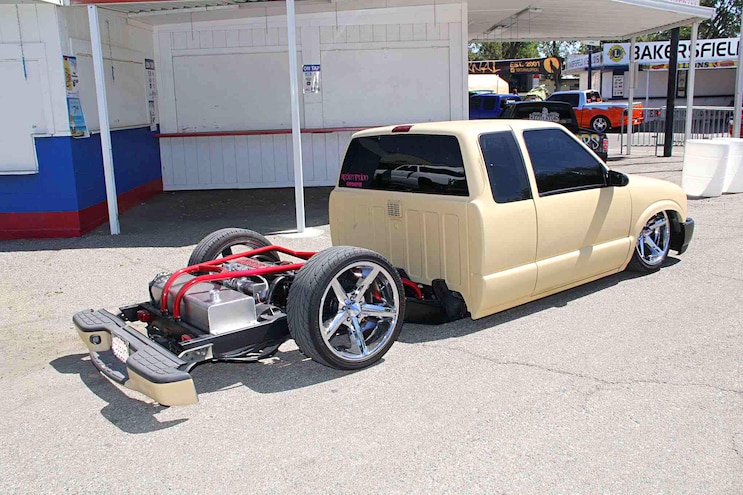