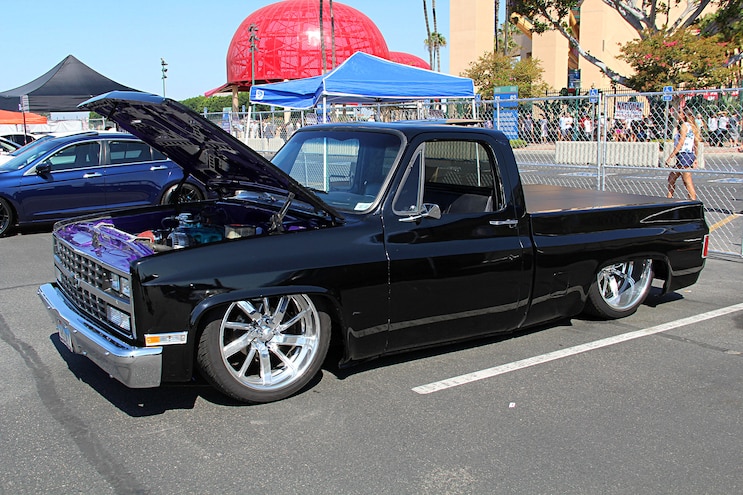 The parking lot of Angel Stadium of Anaheim came alive as the Nitto Auto Enthusiast Day took over. The air was thick with exhaust fumes as the never ending line of vehicles flooded the gates and took their spots in the display area. While dominated by cars, the Day was open to all forms of vehicles, as was evidenced by the show goers who brought their own supped up vehicles representing every form of four-wheel badasseery on display. There was also a huge amount of race-prepped vehicles that spent most of their time getting dirty in the desert and ripping trails. Nitto makes tires for just about everything that rolls, so the variety of vehicles reflected that. The attendance also reflected that variety, Folks were checking out all that the show had to offer. In other words, if it went fast and looked good doing it, the crowd was right there to peek into the engine bay. Speed was also on display with little regard given to tire life. Cody Currie ripped his Monster/Nitto Pro-Lite around the drift track with passengers in tow for the ride. Lauren Healy was beside Cody in his MBRP equipped King of the Hammers Ultra 4 truck with Shannon Campbell’s beastly King of the Hammers Ultra 4 truck nipping at his heels. To the crowd’s delight, Vaughn Gittin, Jr., was on hand to destroy tires in both his Kibbetech equipped ’15 Ford F-150 EcoBoost, dubbed the Ultimate Fun Haver, and in his ’13 Monster Energy Nitto Tire Ford Racing Mustang RTR. Vaughn even got into a three-car synchronized drift with two other Nitto-equipped track cars, just to prove that he rules all forms of tire slaying. For more information, go to www.autoenthusiastday.com. 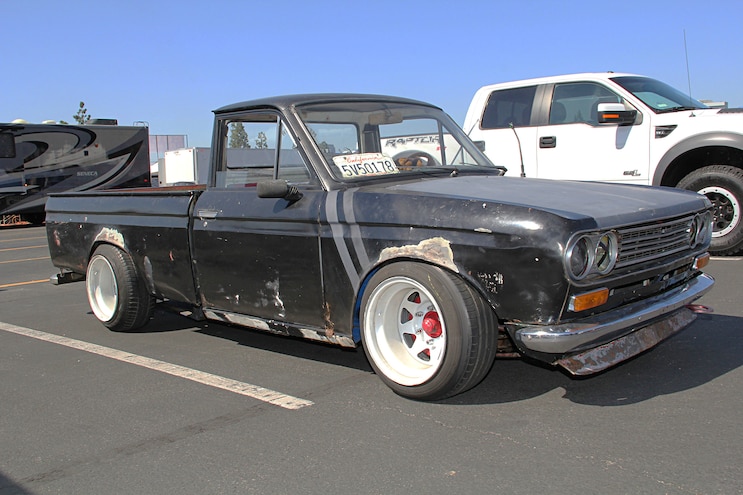 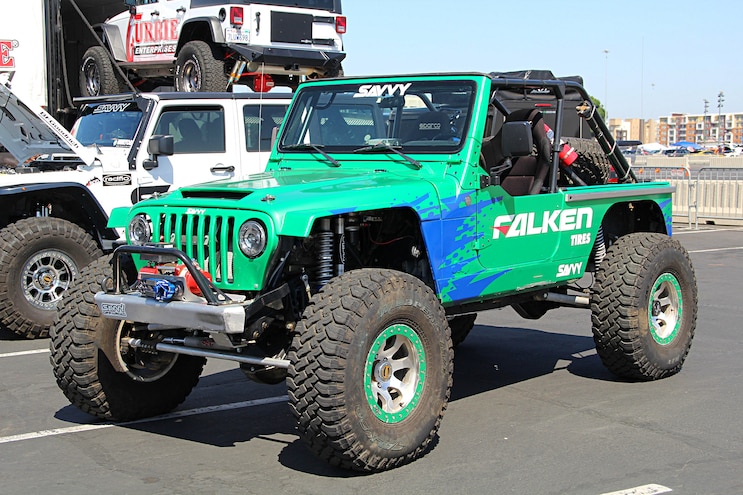