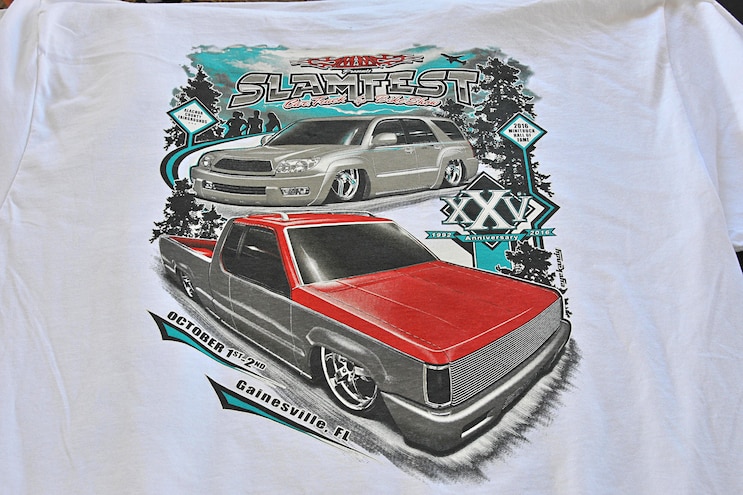 Slamfest is one of those weekend shows that sends everyone home with a smile. It’s an effect the Gainesville, Florida, show has been having on participants for the last quarter century. Just as with the previous 24 years, the 25th anniversary event ran smoothly, thanks to the experience and enthusiasm of the MiniMadness team, who ensured a trouble-free event every time. This year, the Alachua County Fairgrounds was home to hundreds of cool, lifted trucks—decked out in every color and loaded with tons of custom mods. Lots of new rigs debut at this event, so there is always something exciting around every corner. Saturday was a day for spectators to enjoy the latest trends while catching up with old friends. The fairgrounds had plenty of display space, vendors had timely additions for each ride, and food trucks kept everyone going strong all day long. Saturday night after-parties added another dimension; thankfully, the Sunday club games started at noon, allowing heads to clear.
Club games are a Slamfest tradition, with the winning clubs awarded event banners to display in their clubhouses. Events like “Stuff (and later, Bash!) the PT Cruiser” saw 27 folks squeezed inside! The “Circle Bat” relay, combined with (moving) musical chairs, had players swerving to the finish line. “Suck and Blow” was a novel way to pass playing cards to your teammates without using your hands. 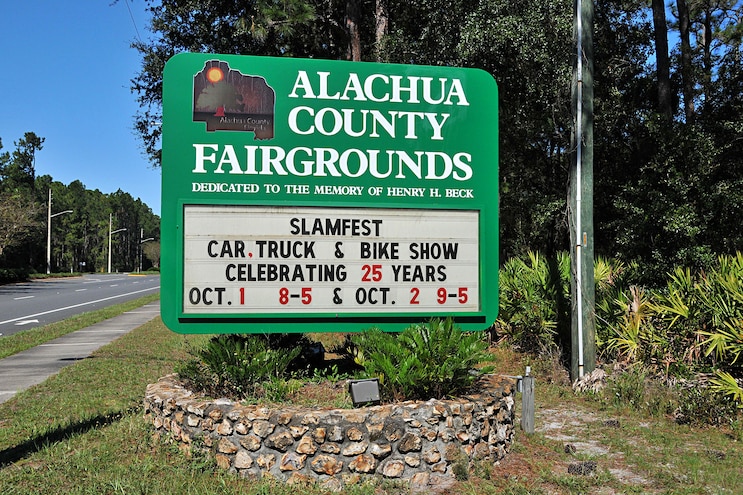 View Photo Gallery | 46 Photos
Photo 2/46   |   The Alachua County Fairgrounds was the site of this year’s Slamfest. 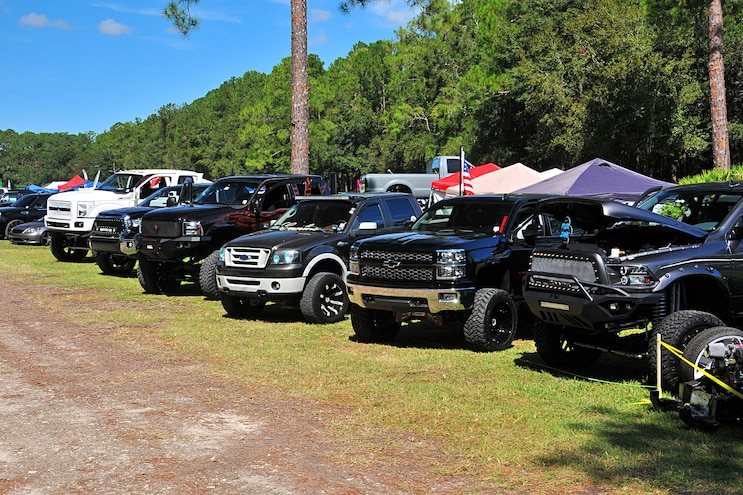 View Photo Gallery | 46 Photos
Photo 3/46   |   Clubs like High Altitude always turn out in force with a great selection of rides.
Of course, everyone waited for the legendary Sunday afternoon bikini competition, with the $1,000 prize attracting a host of local beauties. The competition had cell phone cameras strained to the breaking point. The afternoon awards ceremony sent more than 65 drivers home with laser-cut steel trophies, courtesy of Welch’s Chop Shop. Handcrafted awards, made by Aftermath Vinyl, were presented to the Best Of winners. Hunter Denny took home the Best 4x4 for his “Big Black” lifted Silverado. Watch for more on this one soon.
Probably the biggest news of the event was twofold. The first announcement was that Slamfest 2017 will return to the Florida State Fairgrounds in Tampa, the location used by the club for more than a decade. Second, the MiniMadness car and truck club has been selected and will be inducted into the Minitruck Hall of Fame at SEMA in recognition of its long-running list of accomplishments.
As if all the built-in fun wasn’t enough, there’s always a good cause involved with Slamfest. This year, a portion of the proceeds was donated to the Second Chance Rescue & Rehoming fund (animal rescue and rehabilitation) as well as the JROTC in Gainesville. If you’d like to learn more about Florida’s longest-running event, check out minimadness.com.