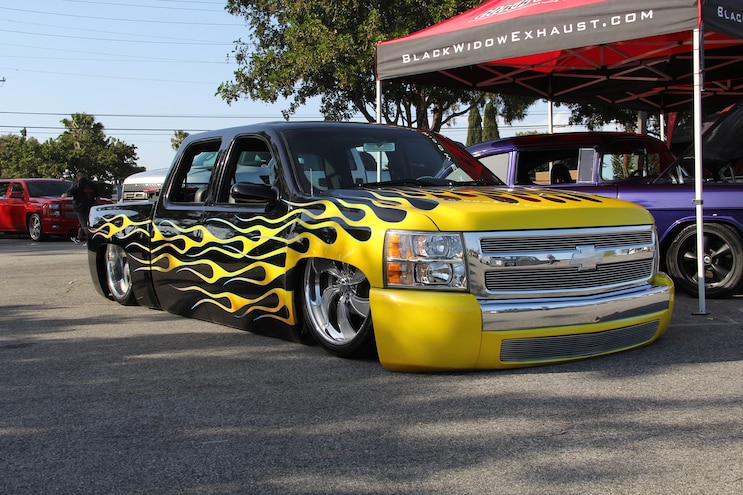 Relaxing in SoCal has reached the decade milestone and has grown up to be one of the premiere events on the West Coast. Hosted by the nationwide custom club Relaxed Atmosphere, and presented by Cooks Tire and Tune, this show has become more and more popular over the years; so much so that it had outgrew its old location at Alpine Headquarters. But change is good and a new location had to be chosen to have space for the ever-growing list of custom trucks, cars and motorcycles that attend this event. The StubHub Center in Carson, CA, was right up the road and ultimately the setting chosen to accommodate not only the show itself, but the thousands of spectators coming to see what our lifestyle is all about. View Photo Gallery | 252 Photos
Photo 2/252   |   044 Relaxing In Socal Chevy C10
The ’16 show season is officially underway and the weather could not have been more suited for this one-day show with a little cloud cover in the morning giving way to bright sunshine in the afternoon without being terribly hot, which meant that spectators and vehicle owners were free to wander around and see all that Relaxed (as it is known) had to offer, which included musical interludes on the main stage courtesy of the Vintage City Rockers, as well as DJ Brian Hill (owner of two former Truckin cover trucks) on the ones and twos, show organizer and promoter Erik Harbour serving as the day’s emcee, with a little help from local radio personality Lightning from KROQ. 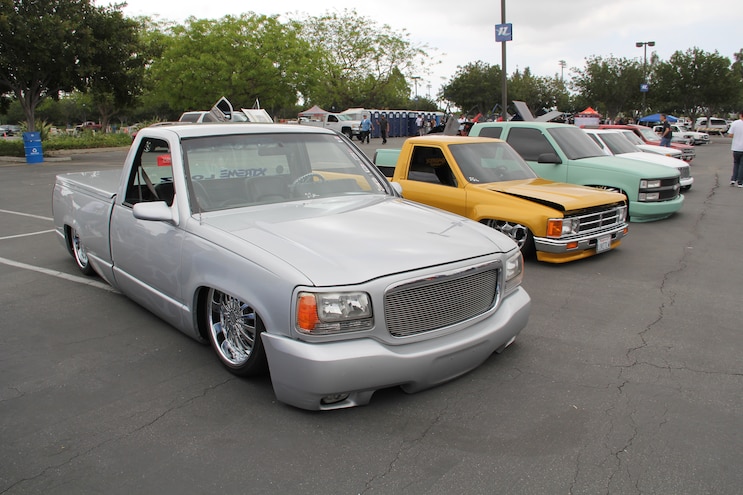 View Photo Gallery | 252 Photos
Photo 3/252   |   176 Relaxing In Socal Gmc Toyota Chevrolet
With the change in venue came the addition of more vendors offering a wide variety of products and services, many of which were generously given away as part of the raffle that took place throughout the day. Some of the vendors included Lexani, Toyo Tires, Viair; Suavecito Pomade, Powerbass, Belltech, Forgiato, GO-EZ Customs, Cambra Speed Shop, Sadistic Iron Works, Black Widow Exhaust, F-Word Industries, and Auto Revolution. The new layout also offered more space for food vendors so the back row was loaded up with food trucks of all varieties. The show itself went off without a hitch; the folks at RA really had their act together with vehicle placement. The crowd had a good time at the show and there really weren’t many problems to speak of. This is definitely a show that needs to be on your radar if you are even close to the Southern California area. For more information, check out www.relaxinginsocal.com and make a plan to attend next near.