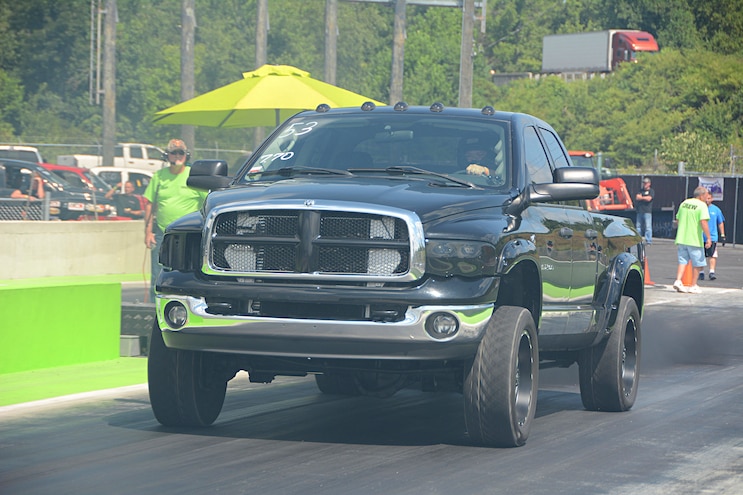 It's hard to argue the thought that Tennessee residents are wild about diesel trucks. Many of the top diesel shops in the U.S. are based there, and a huge contingent of enthusiasts lives in and around the Volunteer State.
Now in its third year, the 2016 Rocky Top Diesel Shootout was held at the newly renovated Crossville Dragway, and was highlighted by a Friday night test and tune session at the drag strip, and then a jam-packed day of hard-core diesel action on Saturday, which included dyno, show-n-shine, and sled-pull competitions.
With a manufacturers' midway filled with vendors, and an incredible following of racers and spectators coming from many states, we're confident the Rocky Top Diesel Shootout is in it for a long run at Crossville. Check out our highlights of the action, and keep an eye on www.outlawdieselss.com for information regarding 2017's Outlaw Diesel Super Series events, as you'll definitely want to put them on your schedule.
Drag Racing
The new-and-improved Crossville Dragway (formerly known as I-40 Dragway) is one of the premier eighth-mile drag strips in the U.S. The Rocky Top Diesel Shootout was the first event held on the brand-new concrete surface, so the rubber buildup was a little thin, andmade for tricky traction conditions.
Racers in five Outlaw Diesel Super Series classes (ET Bracket, ATS Diesel Performance/Diesel Power 7.70 Index, AirDog 6.70 Index, XDP Pro Street and MBRP Pro Dragster) provided non-stop, high-speed action, with very little downtime throughout the course of qualifying and eliminations. The only hiccup came when Jared Jones crashed his Cummins-powered dragster at the end of the track. Jared walked away from the accident, but the car needs major attention to the chassis and bodywork before it returns.
Sled Pulling
In addition to drag racing, the Rocky Top Diesel Shootout features an always-popular Lucas Oil Professional Pulling League sled-pull at the Cumberland County Fairgrounds. The event was packed in 2016, spectators spilling out around the perimeter of the arena. The action was intense, and the track seemed to work very well as the night went on, with all of the podium-finishers’ pulls exceeding 300 feet. Thousands of excited spectators and an excellent turnout of trucks, competing in the PPL’s Diamond Eye Performance Limited Pro Diesel Trucks, AirDog Pro Stock Diesel Trucks and ARP Super Stock Diesel Trucks classes made for one fun night of pulling under the lights.

- OF
By Tommy Lee Byrd
19 Articles