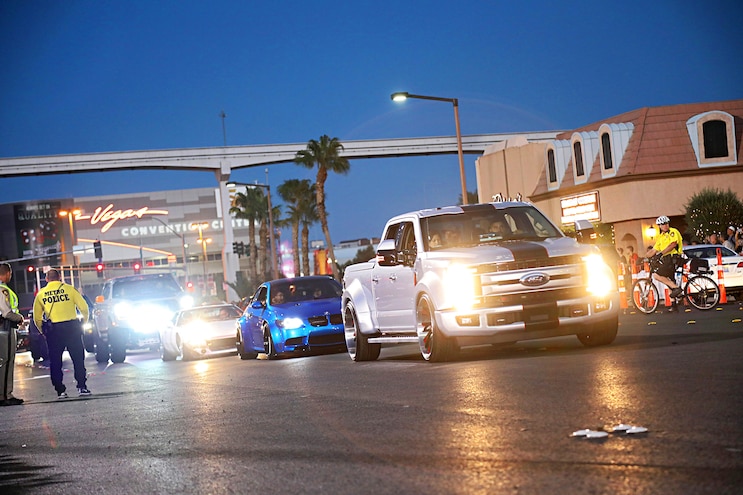 The Specialty Equipment Manufacturers Association (SEMA) Show in Las Vegas is a tradeshow, but unlike other stodgy, boring tradeshows, this one’s about things we like: trucks, cars, and parts. And right from the start, exactly 50 years ago this year, SEMA Show exhibitors understood the best way to attract attention was to display a vehicle bearing the parts or services that they offer. Give one-upmanship a half a century to brew, and what emerges are some of the most radical vehicles you’ve ever seen. 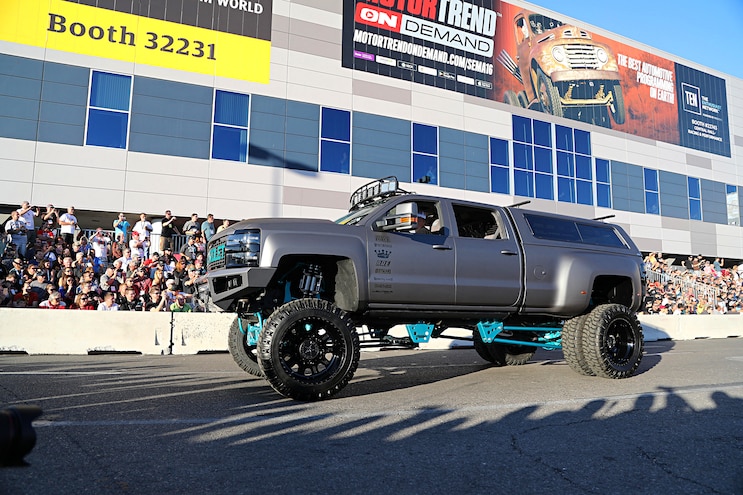 View Photo Gallery | 71 Photos
Photo 2/71   |   Sema 2016 Rollout Chevy
It’s not often that any of us can say we were there at the beginning of a tradition. But if you’ve attended the SEMA Show for the last five years, you can justifiably claim that you were around when Roll Out began. And just like in years past, it’s a show-vehicle purge, giving the public a parade of what the halls had to offer. By 2011, SEMA streamlined the exit ceremony, and as an added bonus, someone recognized the hidden benefit of an orderly and constant procession of fancy vehicles and made it into a spectacle. Crowds thronged. Everyone called it a success. View Photo Gallery | 71 Photos
Photo 3/71   |   Sema 2016 Rollout Autometer
Then, two years ago someone—who also hopefully got a big bonus that year—proposed giving the roll out an end point. SEMA Ignited happens in the Gold Lot across Paradise Road from the convention center providing industry insiders and outsiders alike access to the show’s veritable rainbow of show vehicles. Ignited also boasts a few more attractions like food trucks, a drifting exhibition, and the award ceremony for Best of the Builders, a competition in which the best builders in the industry vote to award a vehicle the honor of being the best in the land. 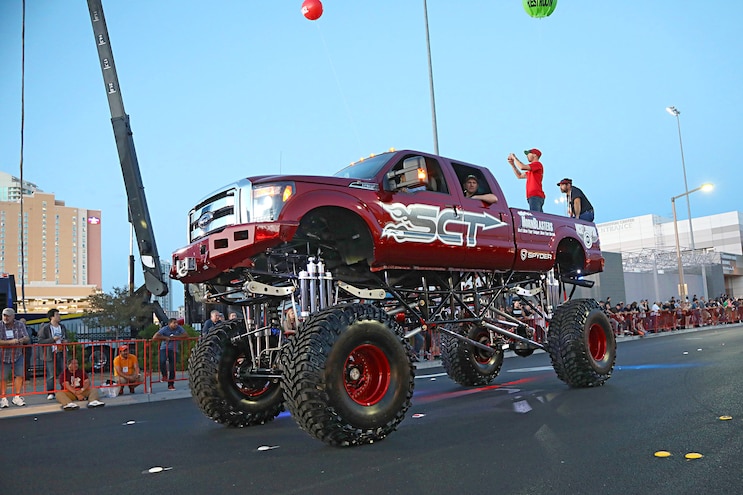 View Photo Gallery | 71 Photos
Photo 4/71   |   Sema 2016 Rollout Sct
So, is Roll Out destined to become a tradition? As long as SEMA features project vehicles and wishes to clear the floor in a relatively speedy manner, it’s more than likely. As the photos testify, watching everyone leave is turning out to be one of the more interesting parts of the SEMA experience.