Aftermarket companies aren’t the only people that bring out highly modified trucks to the SEMA Show. While SEMA caters mainly to the automotive aftermarket most of the OEM manufacturers have a presence at the show as well. It’s a natural fit, since the vehicles being modified at one point rolled off of their assembly lines. So to stand out in the sea of crazy, even the OEs need to have cool customs in their booth. Ford arguably has the largest truck presence at the show, with a mix of F-150 and Super Duty gracing their booth. Chevy rolled out a pair of new 2017 HD’s, a 1500, and a pair of Colorados. FCA showed off a new Power Wagon concept, their ProMaster rolling bar, a custom Durango, and a fleet of four Jeeps. Toyota showed a couple classics along with a new 2017 Tacoma TRD Pro race truck. Honda even got in the custom game with a pair of 2017 Ridgelines. Hyundai and Kia also trotted out some wild SUVs. Noticeably absent, or at least well hidden, are Nissan and GMC. We’ll keep looking, but for now enjoy these hot rides from the OEs! 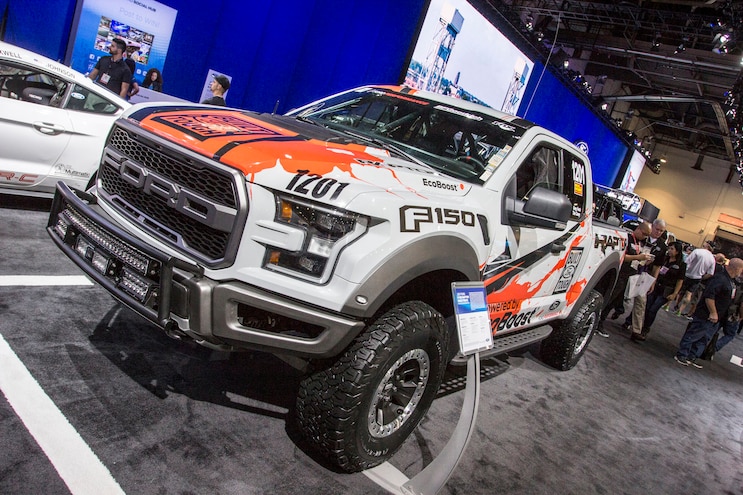 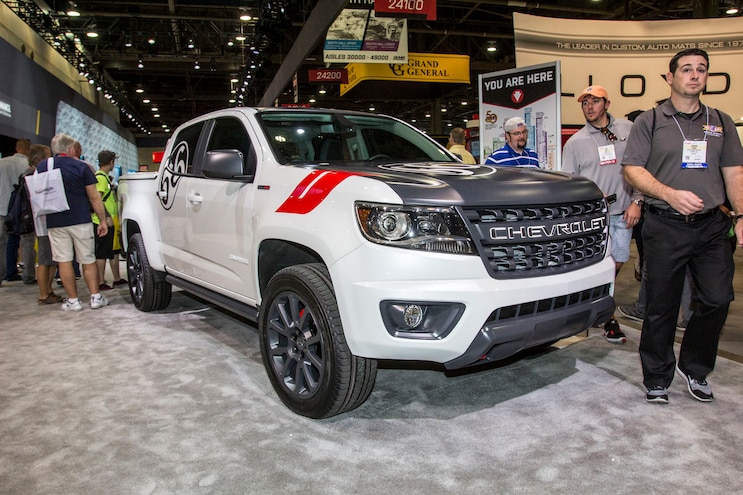 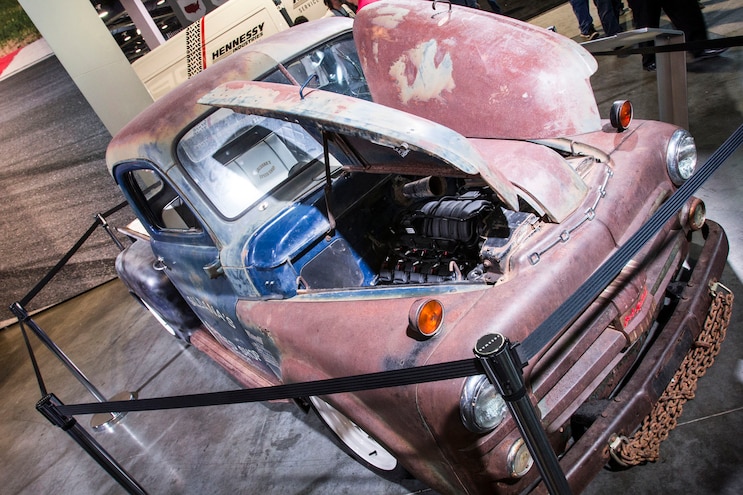