In A Sea Of Awesome, We Choose Our Favorites 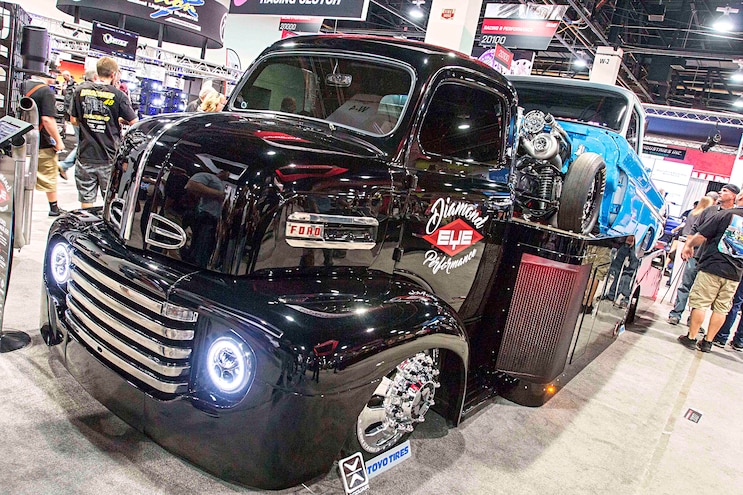 To say that the SEMA show is huge would be an understatement. And picking a favorite vehicle is nearly impossible. That’s why we’ve decided to show, in no particular order, Truck Trend Editor Gonderman’s top 15 from the 2016 SEMA Show. Sure, there might be nicer, cleaner, faster, taller, but these are the ones that caught our eye. Enjoy! 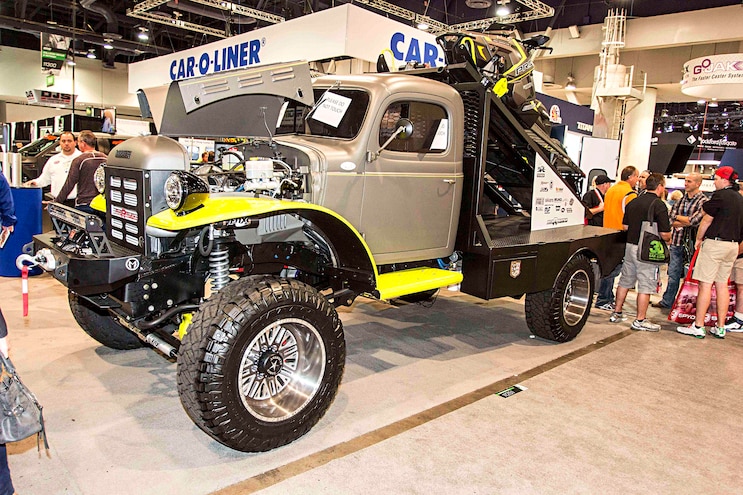 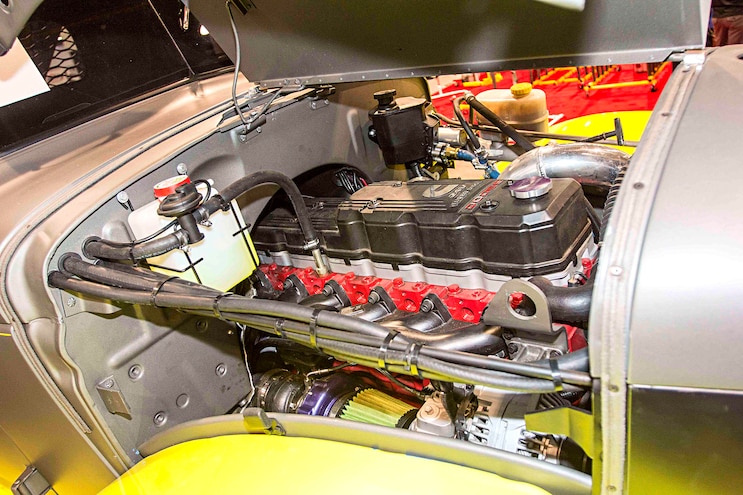 View Photo Gallery | 23 Photos
Photo 3/23   |   2016 Sema 15 Best Of Show Cummins Engine
More Power (Wagon)
There’s not a whole lot of information available about this amazing classic Dodge Power Wagon, but we loved it the same nonetheless. What we do know is that it was built by Five R Trucks out of Golden, Colorado, and was featured on their Lifted Life TV finale. Built for Seymour Paints, the truck features a 5.9L Cummins diesel engine, American Force wheels, Nitto Tires, a BDS suspension, and Rigid Industries lights. 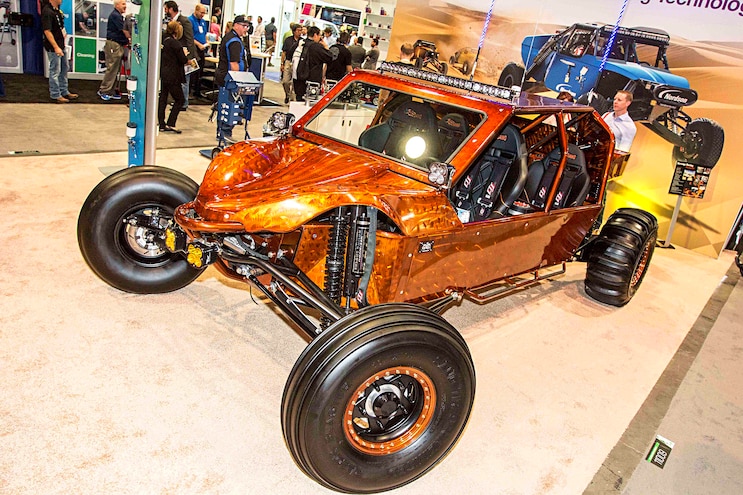 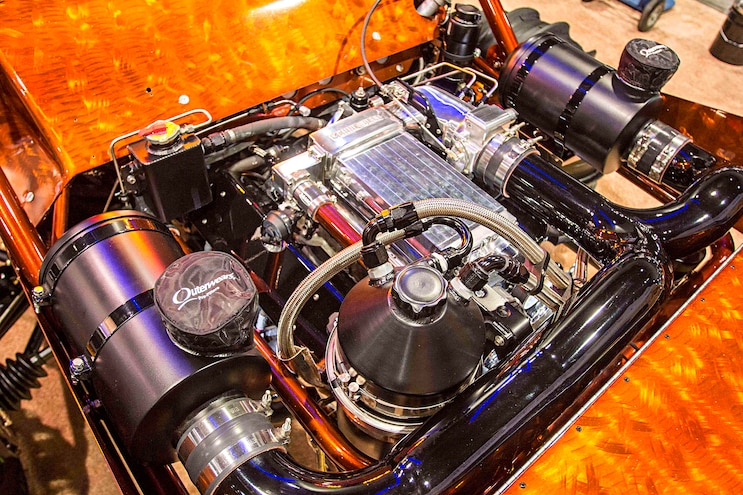 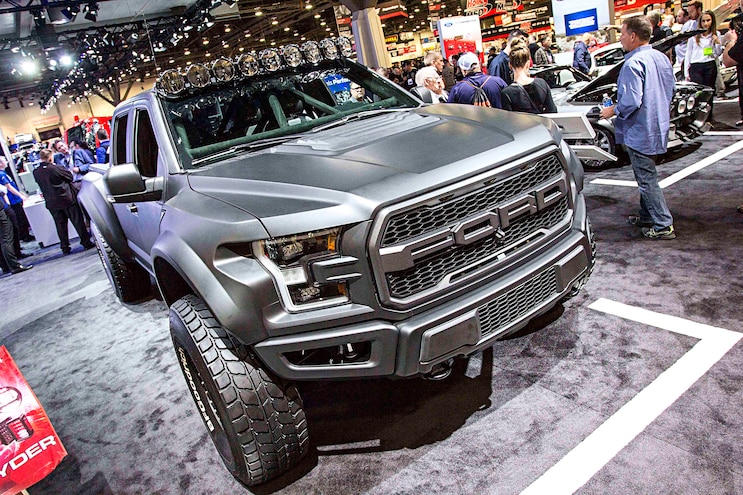 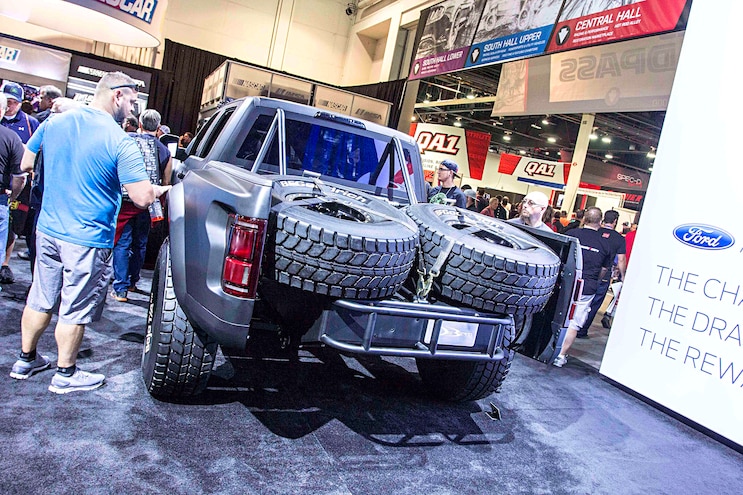 View Photo Gallery | 23 Photos
Photo 8/23   |   2016 Sema 15 Best Of Show Ford Raptor
Desert LuXury
As if Ford’s Raptor wasn’t luxurious enough already, the folks at Deberti Design out of Pismo Beach, California, rolled out their version of the legendary off-road pickup. The factory suspension has been changed out for one built by Foutz Motorsports and now pulls 19 inches of front travel and 25 inches of rear. The Fox racing shocks are upsized to 4-inch diameter units, and the 35-inch BFG A/T tires are replaced with 39-inch Baja Project T/As. KC lights, PRP seats, a Kicker audio system, a Mark Williams rear end, and Alcon brakes round out the package. 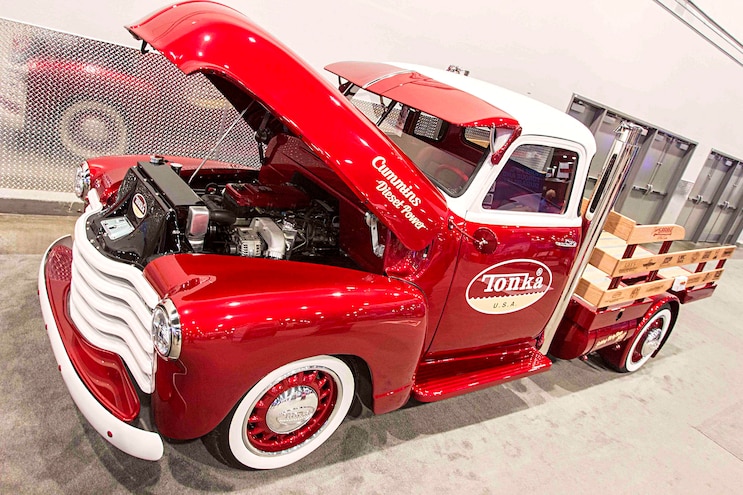 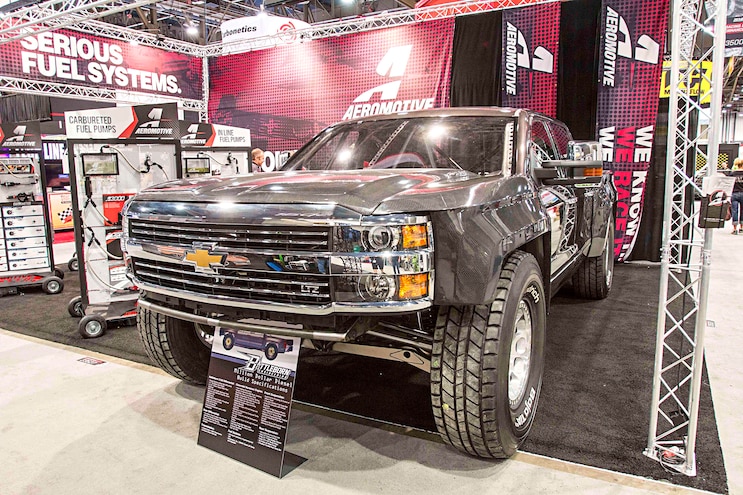 View Photo Gallery | 23 Photos
Photo 10/23   |   2016 Sema 15 Best Of Show Chevy Hd Prerunner
Millionaire
Whether you believe it or not, word on the street is that this truck will sell for a million dollars when it’s done. The Chevy HD has a full chromoly steel chassis and roll cage, massive King race shocks, and a new Battleborn 1150 front differential that they say should be capable of handling 3,000hp. Under the hood is a fully built Duramax 6.6L diesel V-8 engine that is backed by an Allison transmission. The truck isn’t complete yet, but when it is it’s going to be amazing. 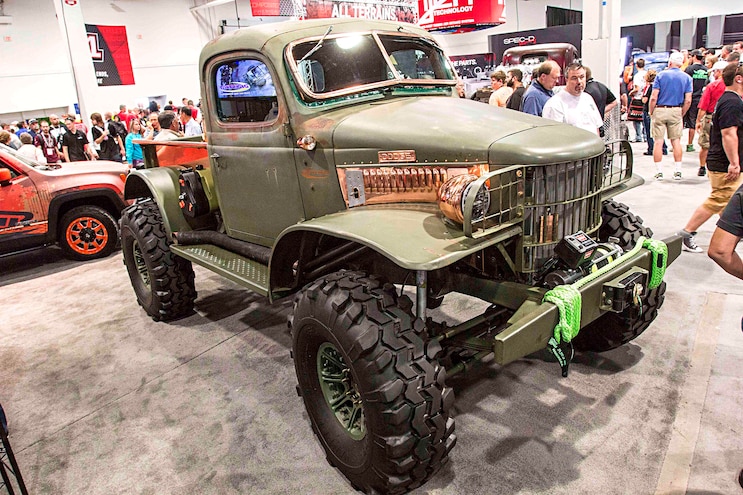 View Photo Gallery | 23 Photos
Photo 11/23   |   2016 Sema 15 Best Of Show Dodge Power Wagon
The Bootlegger
Daystar brought out an awesome 1941 Dodge Power Wagon that was built by the company’s employees built in just 50 days. Motivation is provided by an Edelbrock E-Force supercharged Chevrolet LS3 V-8 engine that churns out 750hp. A Dana 60 front and GM 14-bolt rear axle handle the power. The copper accents are amazing and the moonshine still in the bed adds a fun touch. 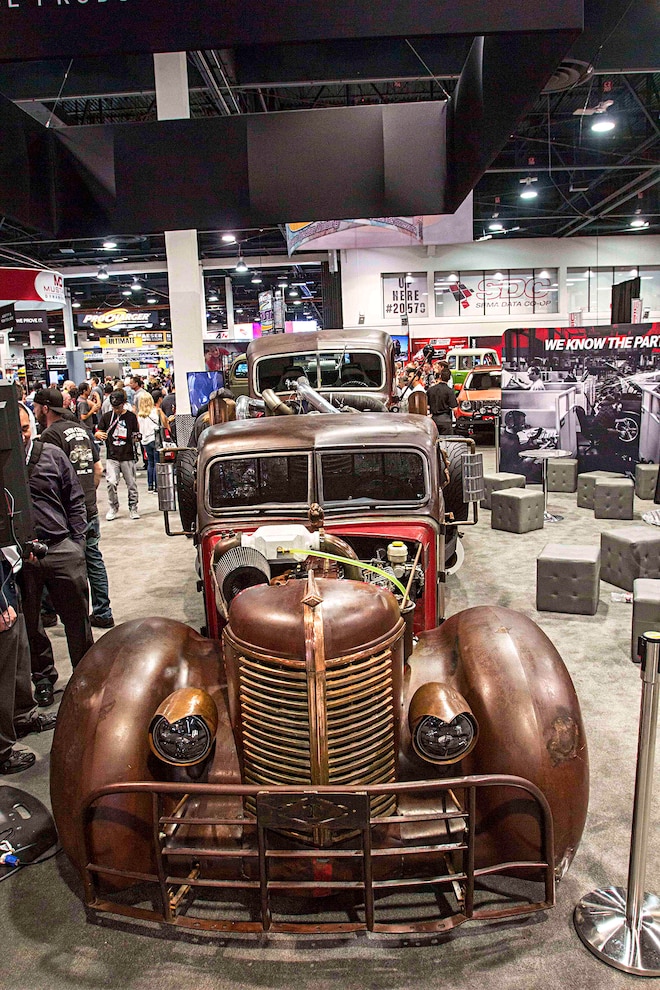 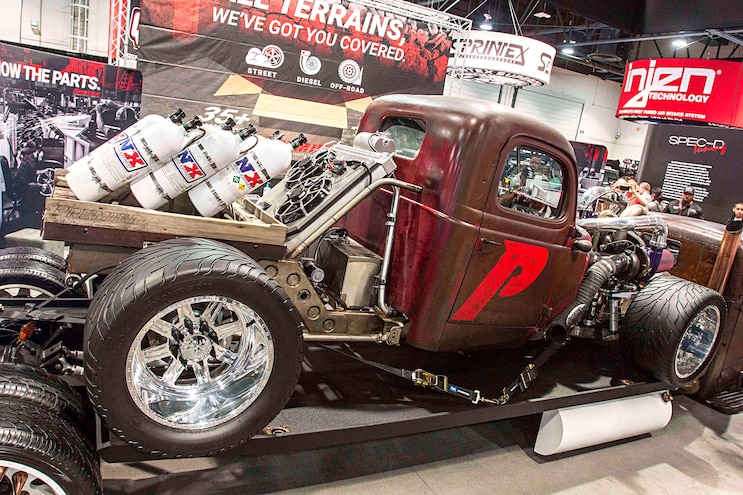 View Photo Gallery | 23 Photos
Photo 13/23   |   2016 Sema 15 Best Of Show
Natural Patina
Just when we thought the rat rod fad was winding down out came another round of astonishing builds. This 1938 Diamond T custom hauler is powered by a 600hp 24-valve Cummins diesel engine that’s backed by a Dodge 48RE automatic transmission. The chassis is fully custom and the bright work is a copper patina. The suspension is air ride with a triangulated 4-link in the rear. Weaver Customs in Sandy, Utah, built this piece of art-meets-function. 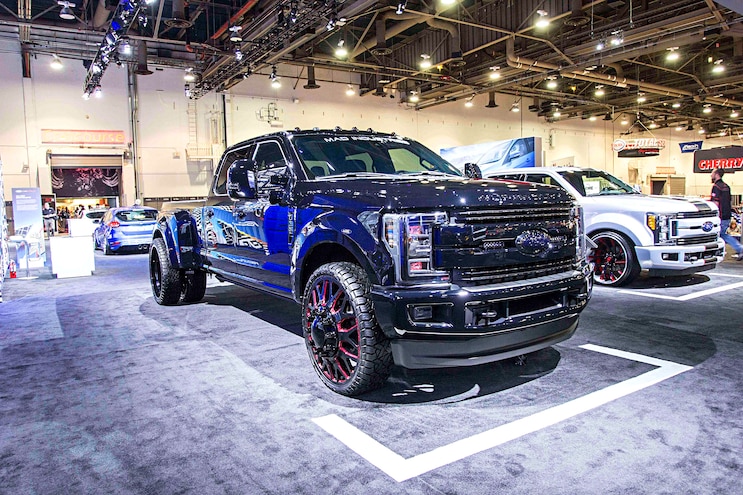 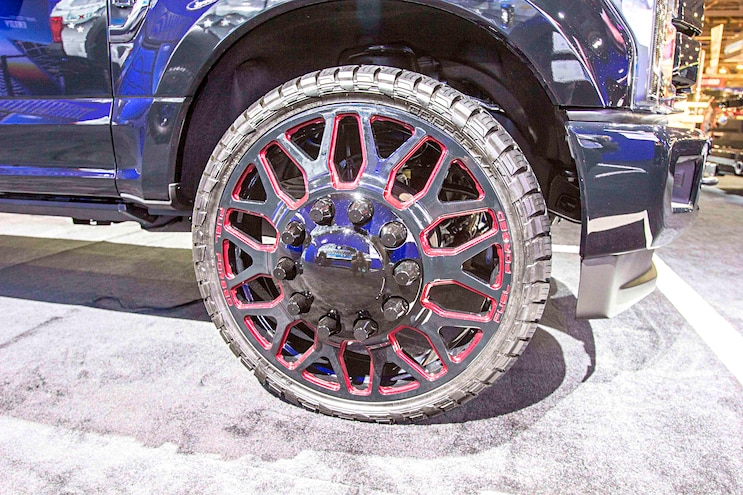 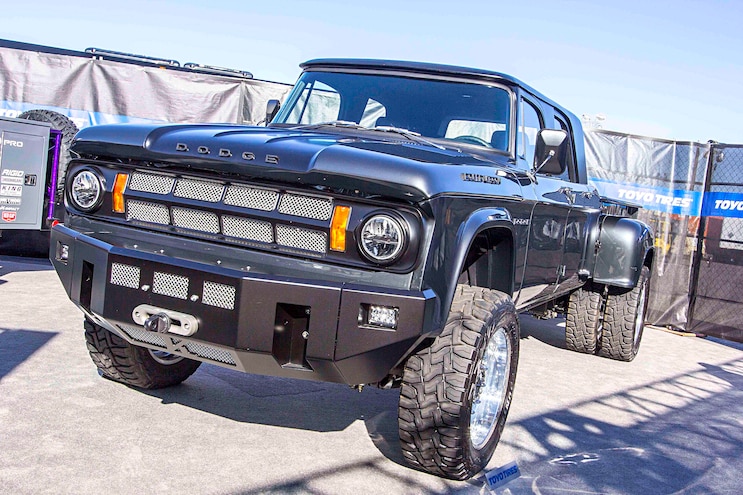 View Photo Gallery | 23 Photos
Photo 16/23   |   2016 Sema 15 Best Of Show Dodge Truck
Old Meets New
We love old trucks on new chassis’ and this 1969 Dodge D200 is a prime example. The old 4-door body was dropped on a 2015 Ram 3500 frame. The 6.7L Cummins diesel engine was tuned up by Blacks Diesel with a twin-turbo kit from BD Diesel, a BD Diesel X Flow intake and Pulse manifold, along with ARP head studs. The suspension is from Kelderman and Fox shocks control the ride. American Force wheels with 37x13.50R22 Toyo Open Country R/T tires round out the build. 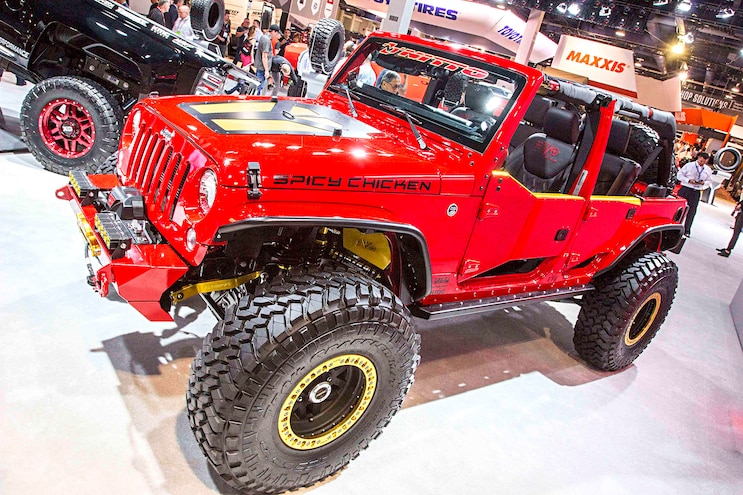 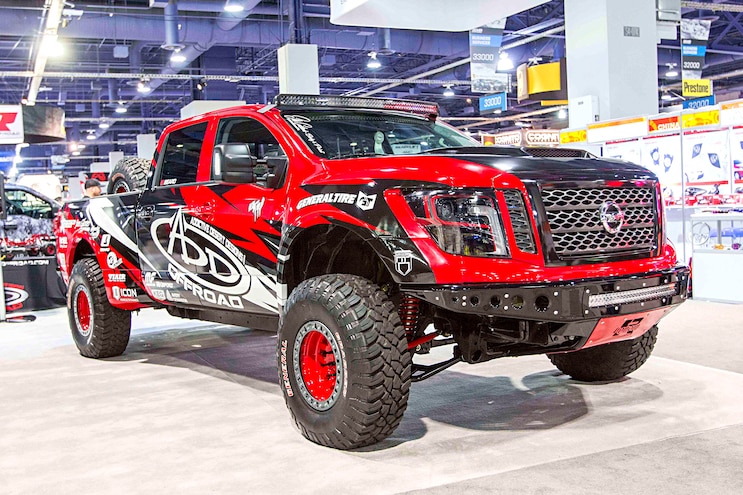 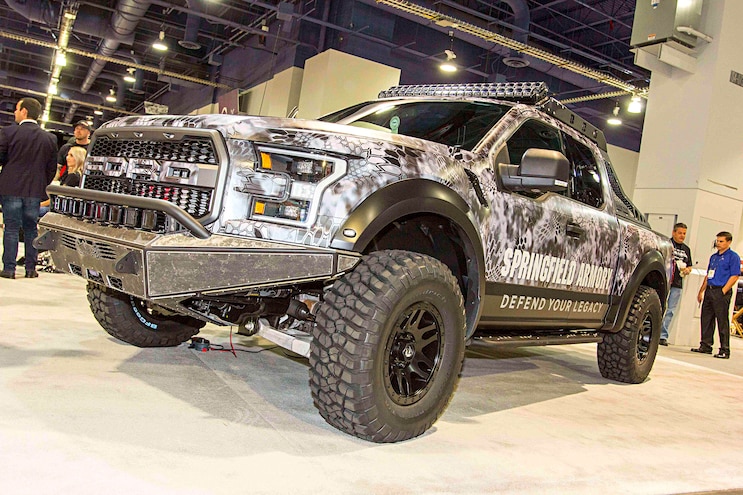 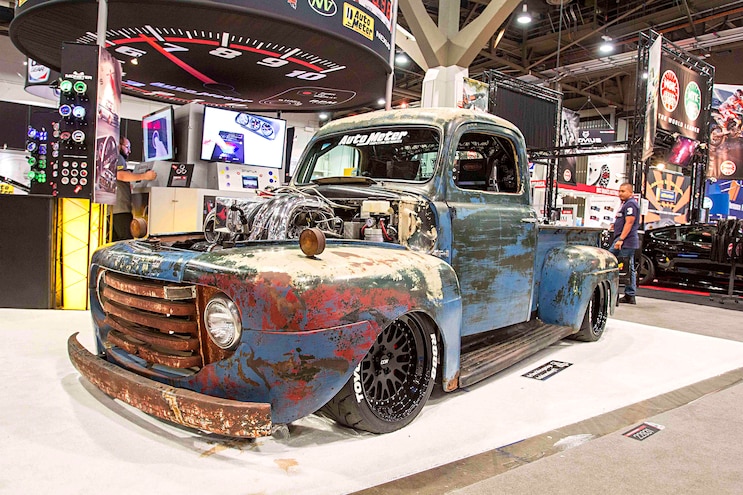 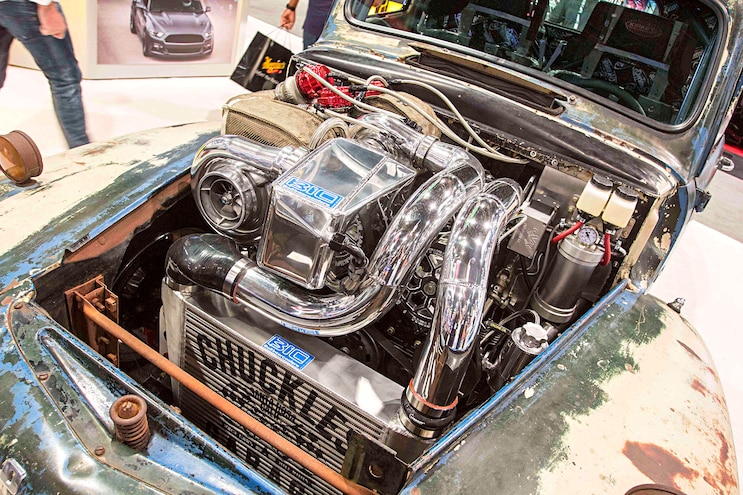 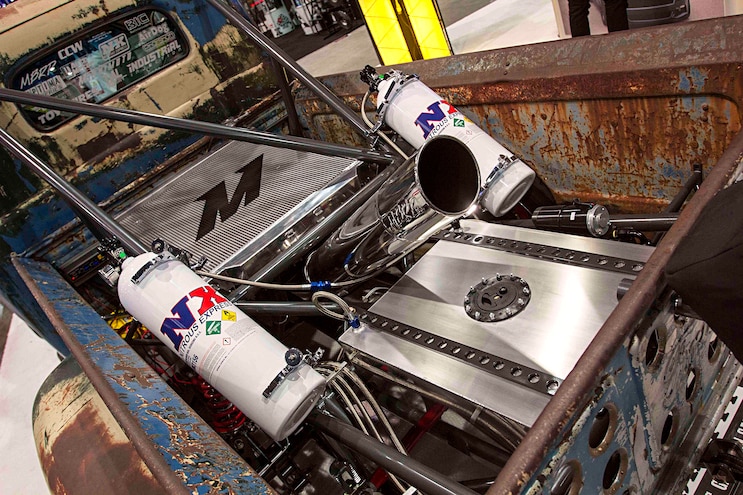 View Photo Gallery | 23 Photos
Photo 22/23   |   2016 Sema 15 Best Of Show
In Disguise
One of the wildest trucks at the show was the Old Smokey F1 found in Autometer’s booth. This purpose built race truck was built by Chuckles Garage in Santa Rosa, California, and is intended for land speed racing, road racing, and even drifting. Under the hood is a 1,200 horsepower Cummins engine built by ALC Racing Engines. A sequentially shifted 47RH transmission sends power to a Winters quick change rear axle. 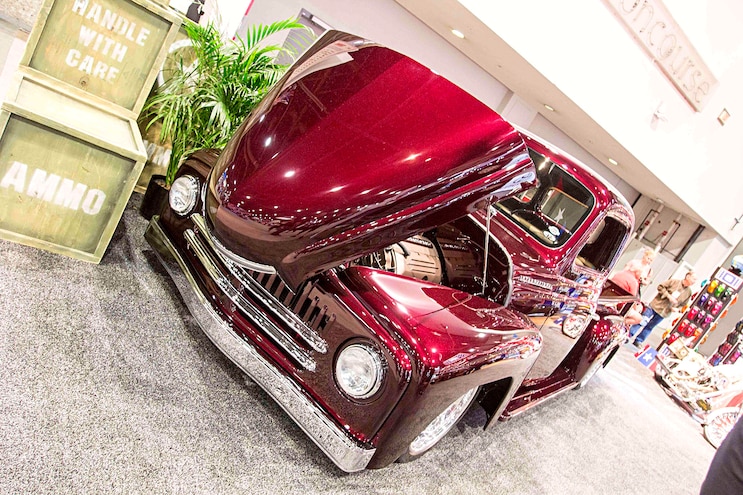 View Photo Gallery | 23 Photos
Photo 23/23   |   2016 Sema 15 Best Of Show International
Clean and Mean
The cleanest classic we stumbled across was this 1952 International owned by Cindy and Dave Gutelius. The interior was done by Recovery Room and the chassis by Art Morrison. Kline Woodworking did the bed the wheels are Foose. The engine is a Ford Boss 302 and it’s backed by a Tremec 6-speed manual transmission. The truck was built by Korek Designs and coated with PPG paint.