Wild Race Trucks, Tires, and So Much More! 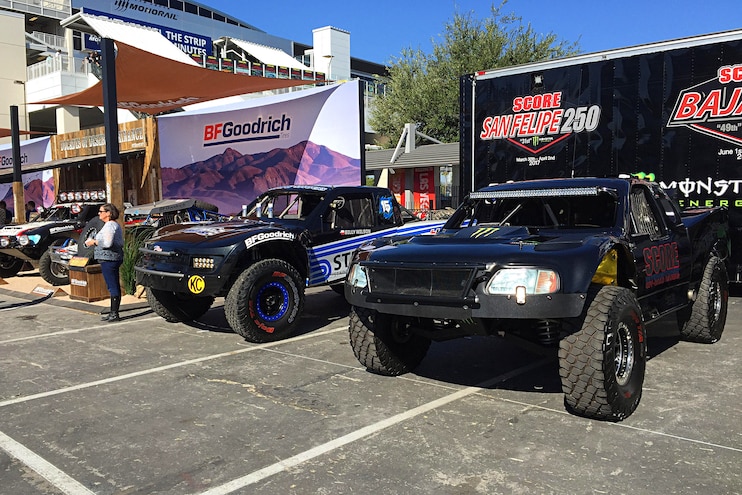 Today is day three of the 2017 SEMA show and it’s certainly not slowing down! Today we spent a good deal of time trolling just a few of the outside parking lots. To say there is an overload of trucks this year would be an understatement. BFGoodrich and SCORE International have taken over a large chunk of the front south parking lot, while Ford has their usual spread and demo area in the north lot. Most of the trucks on display are lifted heavy-duty pickups, but we did manage to find a few lowered classics as well. We’ll need to head back out side tomorrow. There’s so much to see it’s hard to digest in just one sitting.
After baking in the sun for several hours we ventured back inside and made our way through the lower south hall of the convention center. This is where tire and wheel manufacturers from all around the world display their latest goods. Thankfully they also bring trucks and SUVs to display them on. Maxxis won our hearts today with their amazing orange classic Power Wagon, while Nitto, Mickey Thompson, and Cooper all had impressive vehicles of their own. 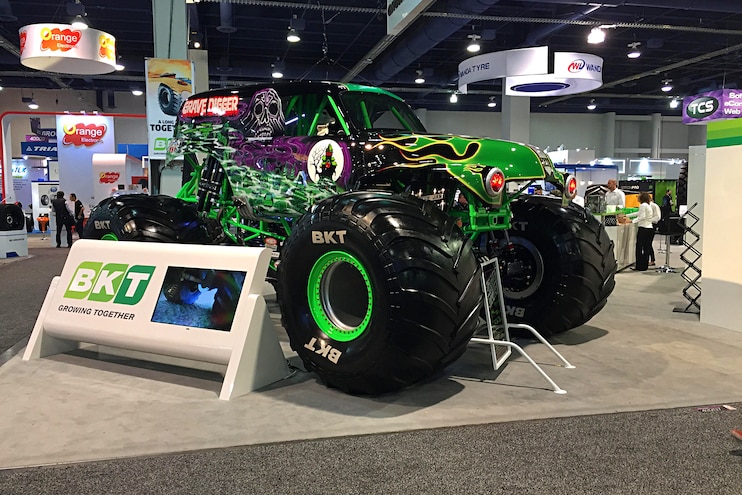 View Photo Gallery | 89 Photos
Photo 2/89   |   2017 Sema Show Custom Trucks And Suvs
Tucked away in the back of the hall at the BKT Tire booth was the Grave Digger monster truck, well, one of them anyway. No matter how many times we see a Digger in the wild it’s no less special. Even further in the back is where we found probably the rarest gem of them all, a 2016 Holden Ute built to race and drift. To say it is cool would be a profound understatement.
The best laid SEMA plans are always subject to change, so while we promised a trip through the central hall today that’ll have to wait until tomorrow. Until then keep following us on Instagram and Facebook for the best coverage of the 2017 SEMA Show!