The OE Manufacturer’s Time To Play 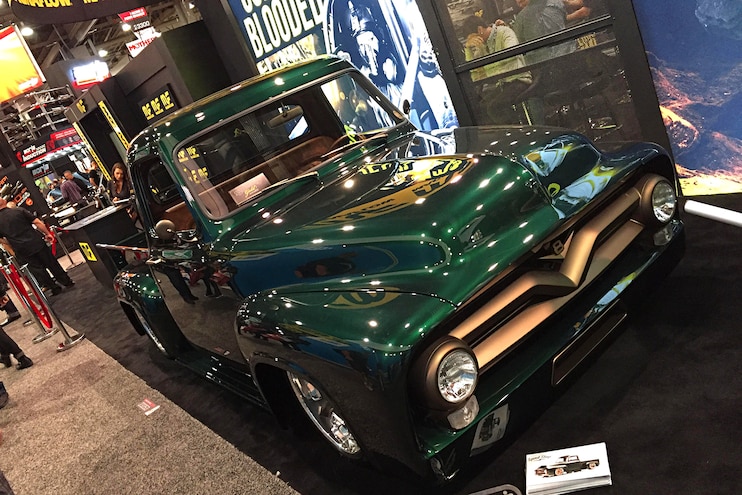 The end is in sight! For better or worse today is the final day of the 2017 SEMA Show. Today we gathered up the cameras and laced up our walking shoes for an intense lap around the central hall. This, the largest of the Las Vegas Convention Center halls, houses not only performance companies but the likes of Ford and Chevrolet as well.
Ford has a long history of partnering with the top vehicle builders in the industry and bringing a fleet of highly custom trucks and SUVs to the show. This year did not disappoint. As you would expect, Ford displayed several 2018 F-150s, a fistful of Super Dutys, and even a pair of all-new Expeditions. Some were lifted while others lowered. And while there were a couple Raptors, there weren’t so many as to overwhelm the display, which we appreciated. 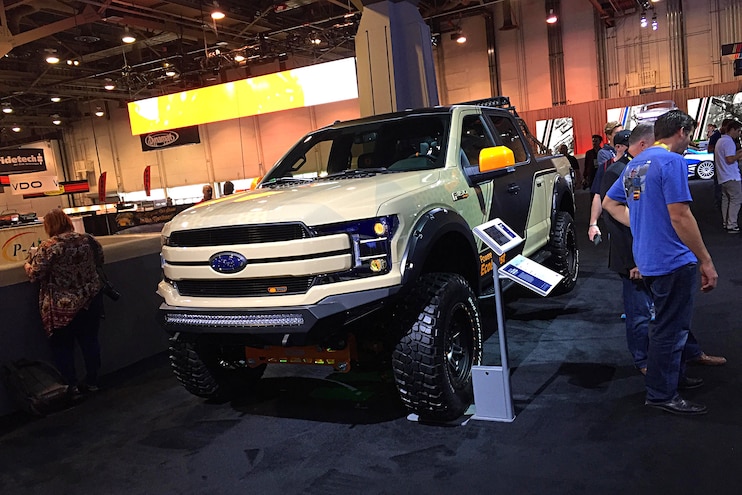 View Photo Gallery | 99 Photos
Photo 2/99   |   2017 Sema Show Custom And Oem Trucks
On the opposite side of the hall was Chevrolet’s display. The big push from the General this year was Colorado ZR2. They had a custom ZR2 built by American Expedition Vehicles, one of the early race suspension development trucks, along with a handful of others outfitted with parts from the Chevrolet Performance catalog. Also in the booth was a custom Terrain, a Tahoe built for Luke Bryan, and a Silverado HD NHRA rescue truck.
Also in the central hall are Toyota, Honda, and Hyundai. Toyota typically gives us a selection of awesome showpieces, however, this year their booth was almost exclusively Camry and didn’t have any trucks of SUVs. Honda had on display their Ridgeline race truck, and Hyundai had a custom Santa Fe. Overall it was a slow year from these folks.
Along with the large manufacturer displays are hundreds of other power and performance companies, and the multitude of custom cars and trucks that they put on display. The SEMA Show is a crazy place that almost desensitizes a person to quality craftsmanship simply due to the sheer volume of astonishing vehicles.
Check out the gallery below and be sure to keep up to date with all things SEMA related by following us on Facebook and Instagram!