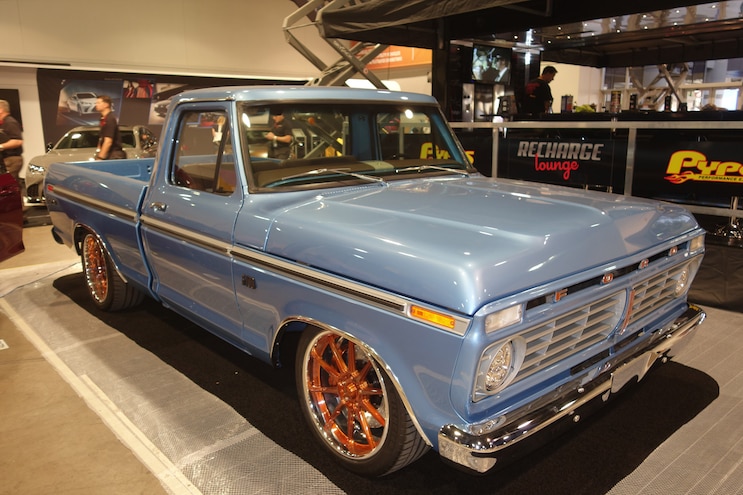 Your Truck Trend Network editors are in Las Vegas, Nevada, and on the case at the 2018 Specialty Equipment Market Association (SEMA) Show. While the event officially opens today, builders and representatives from aftermarket companies all over the world were hard at work on Monday, putting the last coats of polish on the badass cars, trucks, and motorcycles they’re showing off—and adding final touches to display booths.
Despite this move-in “dust still settling” vibe throughout the show, we toured the halls and outdoor surrounds of the Las Vegas Convention Center for an initial look at the latest truck-part goodness and radical custom rides thousands of people are here to check out during the weeklong festival of custom coolness.
The vehicles and activities featured in this report were spotted on the floor of SEMA’s Central Hall (also known as “Performance Hall”), where gas rigs and diesels, off-road and street-driven vehicles, and utilitarian and purpose-built show trucks are all scattered throughout the primary room and its attached annex and nearby corridors.
Diesel Power Editor KJ Jones spent a few hours making rounds through SEMA’s nerve center and captured the following images we hope you enjoy! Be sure to follow Truck Trend Network and all the Motor Trend Group’s coverage of the 2018 SEMA Show by using the hashtag #MTSEMA18.