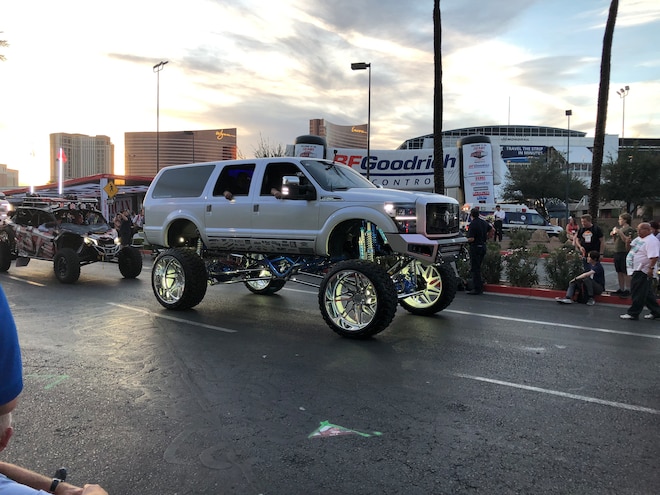 The SEMA Show shuts down promptly each year on Friday at 4 p.m., which means one thing—everything that came in must go out. The tightly knit logistical masterpiece quickly unravels as people flood to the monorail, line up to pick up their new products, or report to their vehicles. It’s an exciting but bittersweet time, marked by hangovers, fatigue, relief, and anticipation to come back bigger and stronger the next year. Within the week, many will come down with the dreaded SEMA Death Cold. 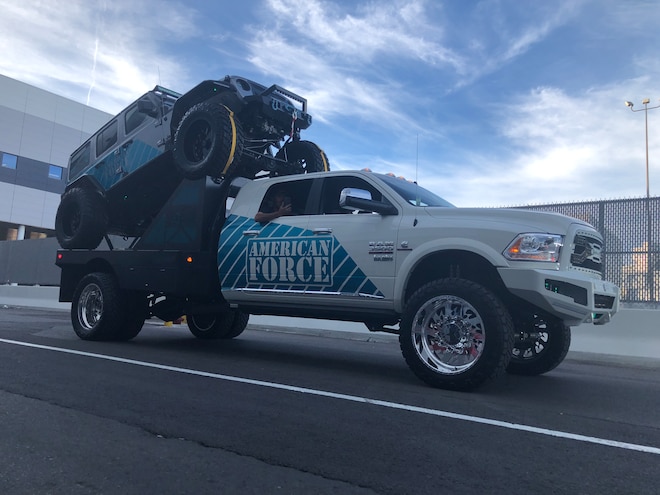 View Photo Gallery | 163 Photos
Photo 2/163   |   Mtsema18 2018 SEMA Cruise To Ignited 040
Ironically, the end of SEMA arguably marks the beginning of the grand finale, as vehicles that had lain dormant for the week fire to life and hit the road. It’s really just the beginning of a party for those with enough endurance to persevere through yet another night of merrymaking. Vehicles have always had to leave the Convention Center right after the show, and in years past, large crowds have informally gathered along Silver Drive (within the Convention Center grounds) and Paradise Road to watch the mass exit of exotics, customs, off-roaders, classics, slammed, lifted, and every vehicle in between. It was a carnival of everything automotive, a spectacle of mostly controlled chaos you’d only find in Vegas. 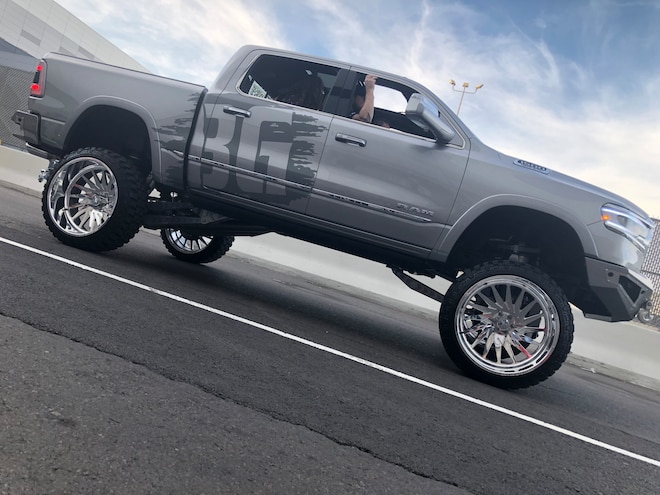 View Photo Gallery | 163 Photos
Photo 9/163   |   Mtsema18 2018 SEMA Cruise To Ignited 054
Fast-forward a few years later to 2012-ish, and SEMA made the Cruise into an official event, even adding Ignited—a destination open to the public with an official after-party and car show where those in the Cruise could park and party on with food, music, contests, demos, announcements, and the world’s greatest display of show vehicles. Past Ignited locations have included the Linq (location of the High Roller observation wheel) and the Gold Lot (west of the Convention Center on Paradise Road). 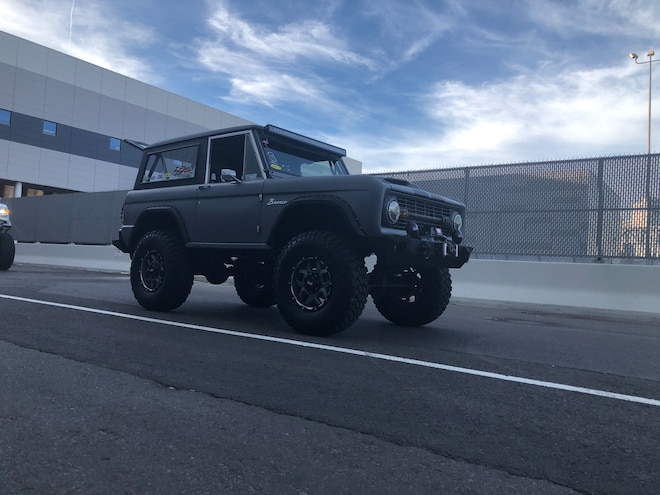 View Photo Gallery | 163 Photos
Photo 16/163   |   Mtsema18 2018 SEMA Cruise To Ignited 034
Due to construction, this year’s Ignited location was moved to the Platinum Lot, which is east of the South Hall near the corner of East Desert Inn Road and Swenson Street. Since the Gold Lot is located northwest of the Convention Center, and the Platinum Lot southeast, the Cruise route was completely altered from anything in the past, moving vehicles in literally the exact opposite direction. The route flowed down Red Road, a small alley-like road tucked right behind (north of) the South Hall, then crossed over Swenson Street into the Platinum Lot. You’re imagining it correctly—the route went between the South and Central Halls, paralleling East Desert Inn Road but on the South Hall side. Although this was a drastic change from years past and seemed almost unfathomable at first, everyone went with the flow, and all went seemingly smooth. It’ll be interesting to see what next year’s route will be. View Photo Gallery | 163 Photos
Photo 23/163   |   Mtsema18 2018 SEMA Cruise To Ignited 012
We staked out a photo spot deep on Red Road, the backdrop being the Central Hall. Once the vehicles started flowing, they didn’t stop for hours. We eventually ran out of daylight and headed back to the Silver Lots, where vehicles were backed up in all different directions trying to merge onto the official Cruise route. Although slow at times, the Cruise did not disappoint, remaining a spectator favorite and a highlight of the SEMA Show. Enjoy our photo collection of Cruise vehicles. 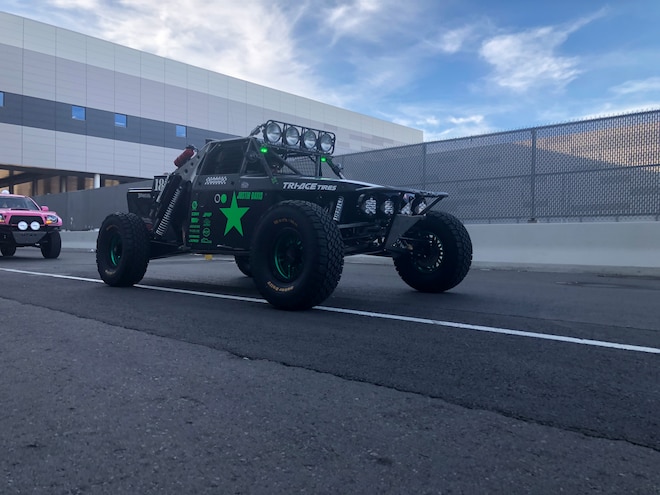 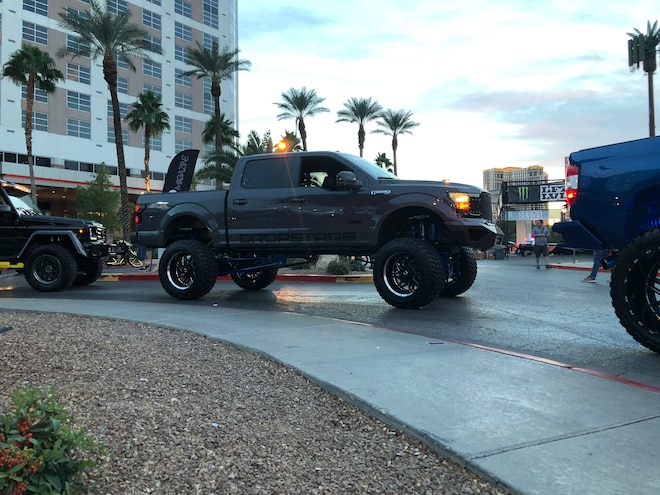 - OF
By Monica Gonderman
688 Articles