Custom Trucks, Cars, and Even ATVs That Burn Oil 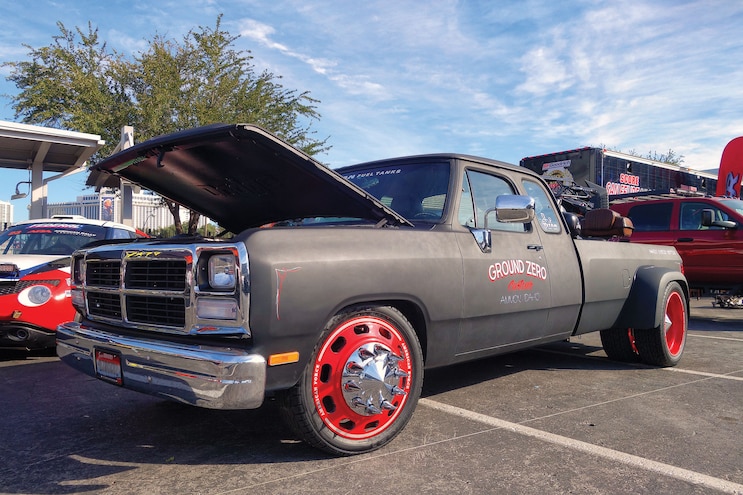 The 2018 Specialty Equipment Market Association (SEMA) Show was highlighted by throngs of car guys, truck guys, ATV guys, and motorcycle guys (ladies are endearingly categorized as “guys” for this reference) who converged on Las Vegas, Nevada, for the weeklong festival of all-things custom and the latest in new parts, accessories, tools, and more.
Personal preference really goes out the window at the SEMA Show, as there is literally something for everyone parked in the spacious halls and parking lots of Sin City’s convention center. However, as diesels go, the huge assortment of stone-stock-mild to over-the-top-wild oil-burners is mind boggling. 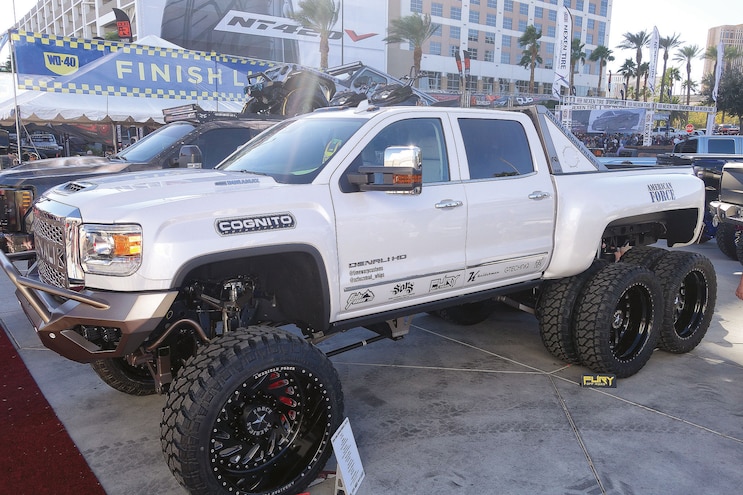 View Photo Gallery | 88 Photos
Photo 2/88   |   Sema18 Coolest Diesel Rides Cognito
While a nod goes to all the designers, builders…and financiers for each masterpiece (and there are many), we were definitely taken by the sheer awesomeness of brilliantly executed rigs, and/or vehicles that are just plain too cool for words. Note that we use the word “vehicles,” as opposed to simply “trucks;” a term we’re more accustomed to saying.
That’s because among these rides was Heritage Driven’s ’64 Volvo Amazon, which is repowered by Cummins’ R2.8 engine. It’s a drive-anywhere two-door car that nails 46 mpg fuel economy and easily clips along at 80 mph. There was also a neat Kubota-diesel-powered “Sherp” ATV in a remote corner of the South Hall, and the piece de résistance (in our opinion) of all the diesels at SEMA: Eddie Pettus’ ’32 Willys Stanavo Aircraft Refueling Truck: a super-detailed “war-era” replica that’s motivated by a Datsun 720 turbodiesel and five-speed manual gearbox. 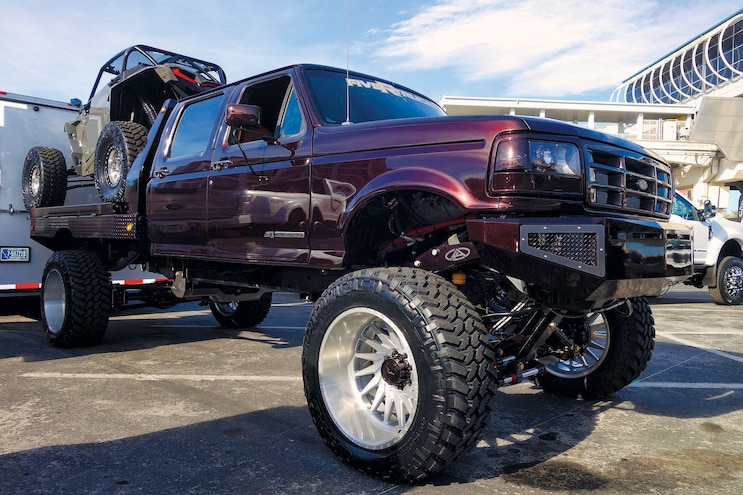 We’re going against the grain a bit with this sidebar. Instead of giving you more photos of all the customized diesel trucks on display at SEMA 2018, this report focuses on one of many unsung heroes that plays a crucial role in the annual confab’s success: the tow vehicle.
In most cases, the rigs that transport vehicles, parts, display equipment, and almost anything else that’s associated with SEMA (from all over the U.S.), are dirty, bug-splattered, and, after being driven great distances, far from being “pretty” (in the car-guy sense of the word). 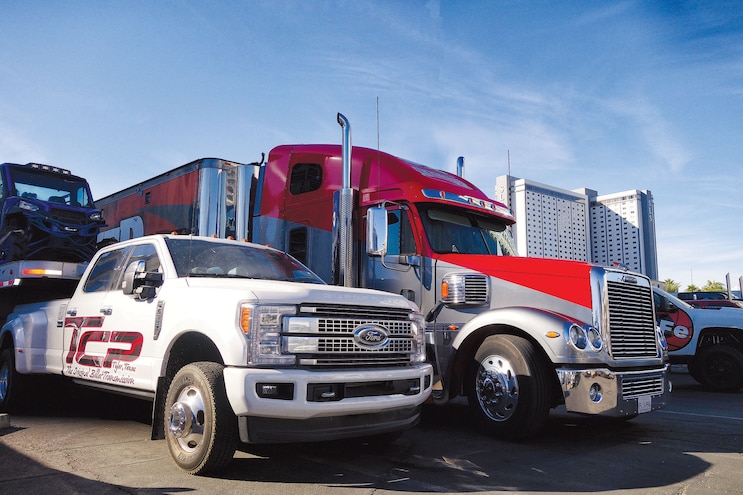 View Photo Gallery | 88 Photos
Photo 74/88   |   Sema18 Tow Rigs
Instead, we view tow rigs as being utilitarian first, and if an owner chooses to spruce up its appearance with aftermarket wheels or artistic graphic/promotional signage, so be it. Of course, ECM programming for better fuel economy and basic bolt-on performance upgrades (cold-air intake systems, high-flow exhaust, and such) typically make up the extent of upgrades these trucks receive, so it’s very clear they’re separated from the show pieces they transport by veritable light-years.
But, looking at this from the real-world perspective, a majority of the Dodge, Ford, Chevrolet/GMC, Peterbilt, Freightliner, and other tow and support rigs that were parked throughout the convention center’s surrounding area were powered by diesel engines (yes, even the Volkswagen). Diesel gets it done—and we feel that these trucks also deserve a moment in the spotlight.
Diesel Power Editor KJ Jones detoured from the bustle of SEMA 2018 and spent an hour roaming the North Parking Lot at the Westgate Hotel, collecting photos of the rigs that really do the heavy lifting for builders and companies displaying at the show. Not much shine, but the rigs featured here are as real-deal as they come. Enjoy our look at just a small sample of the tow rigs of SEMA.