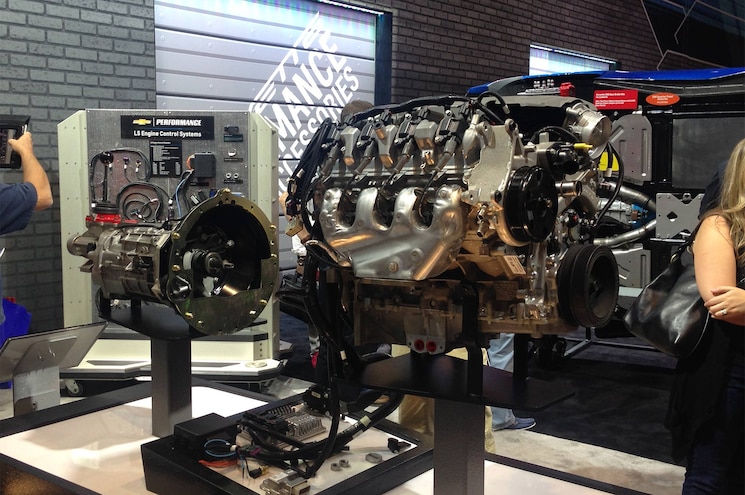 Filling a handful of exposition halls with miles and miles of aisles full of the latest and greatest go-fast and look good components, it’s hard to make a list of the coolest parts of the SEMA Show. Instead, we compiled a few of what we thought were the neatest, most groundbreaking new products of the show. Take a look and stay tuned for full tech stories on a number of these components.
Holley’s Hi-Ram Intake Manifold for LT1 Engines 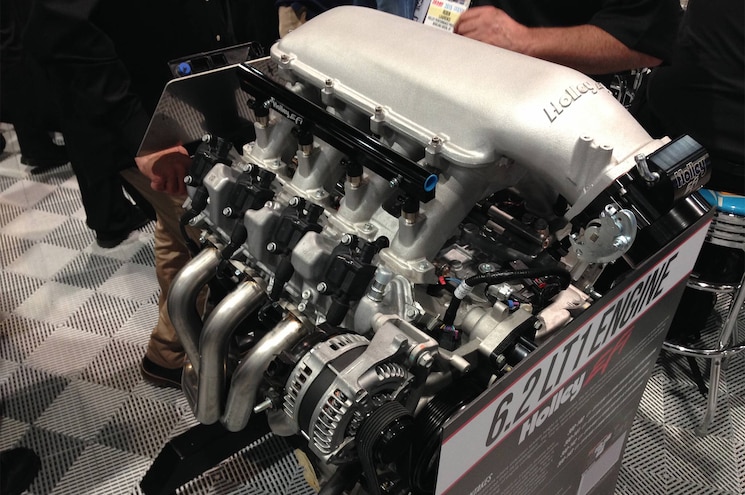 View Photo Gallery | 18 Photos
Photo 2/18   |   01 2015 SEMA Trick Truck Parts
Holley’s proven Hi-Ram intake design is a well-known performer in the LS world, so to say there was a bit of excitement about the new LT version of the same manifold would be to put it lightly. Capable of adding even more fuel to the engine via port injection above and beyond what the direct injection system is capable of, means the potential of these engines is well over 1,000 horsepower.
Holley Performance
www.holley.com
Wilwood’s Aluminum Dropped Spindle for C10 Trucks 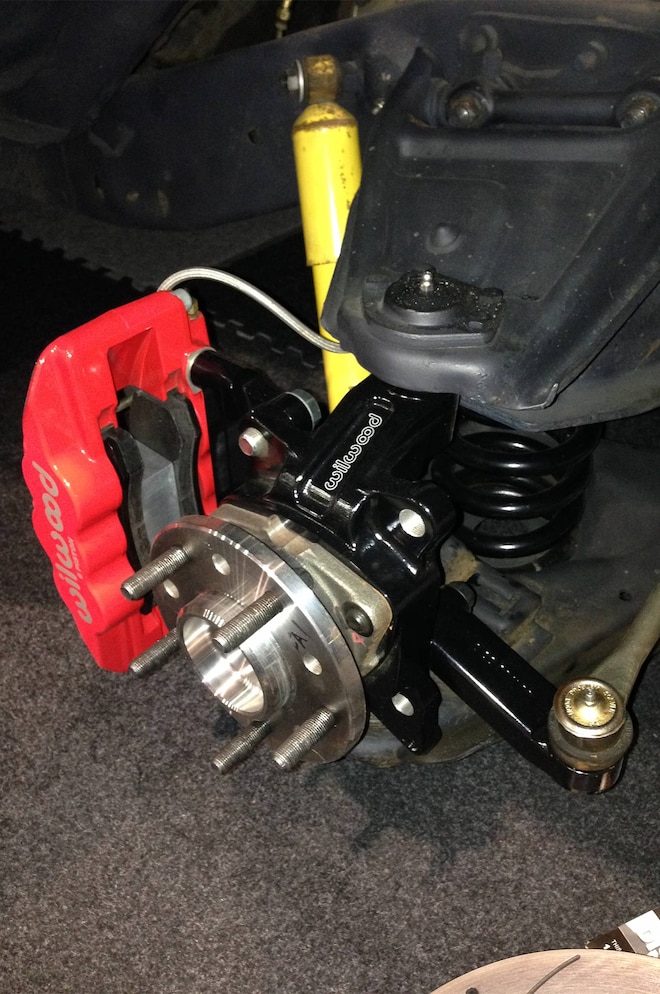 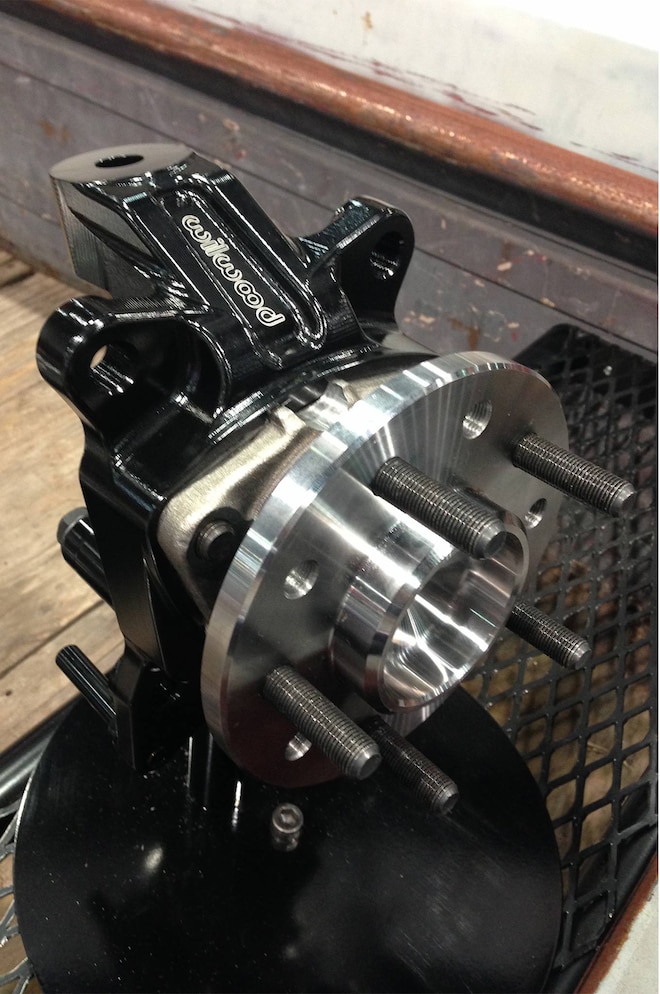 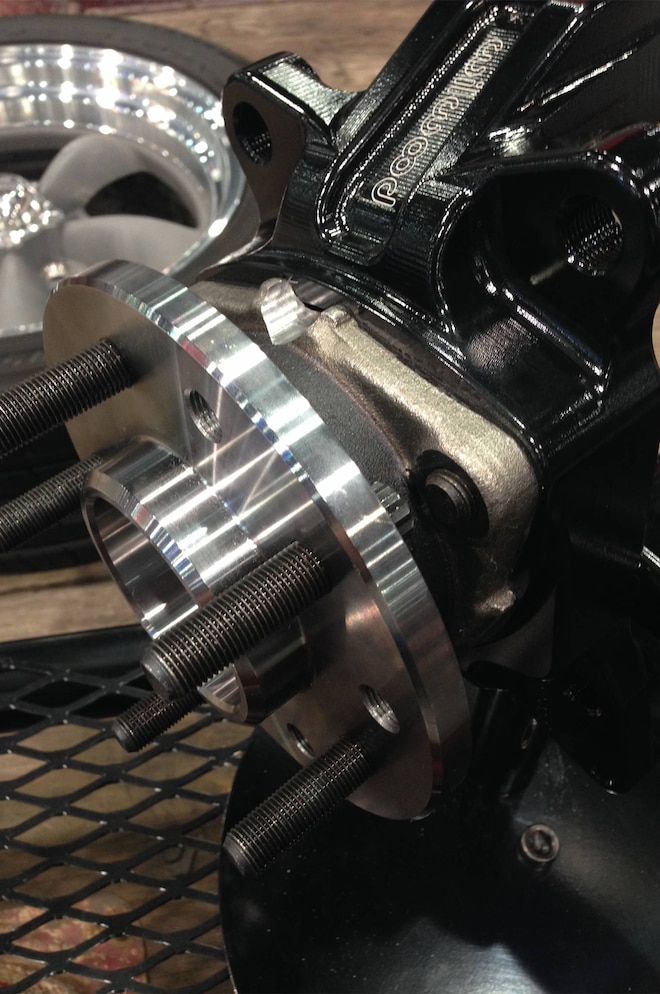 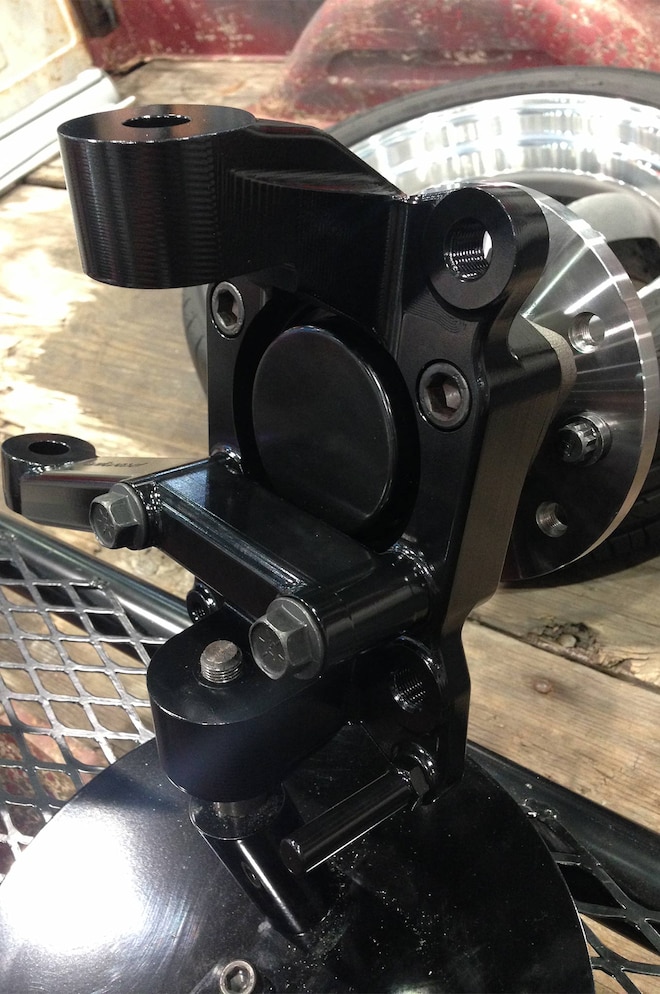 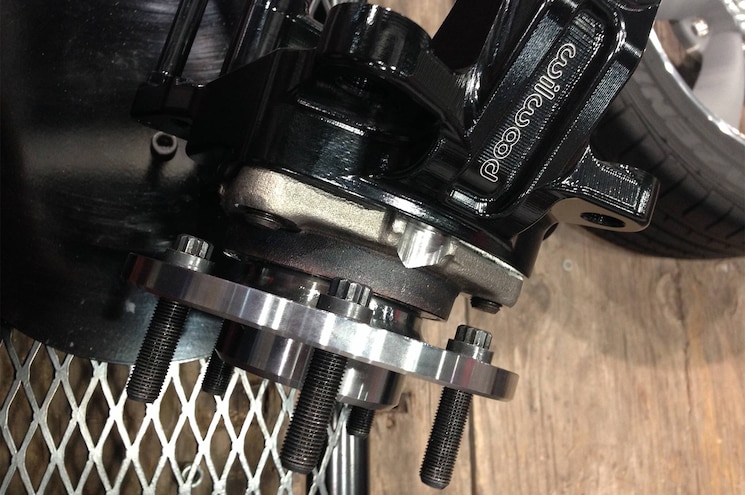 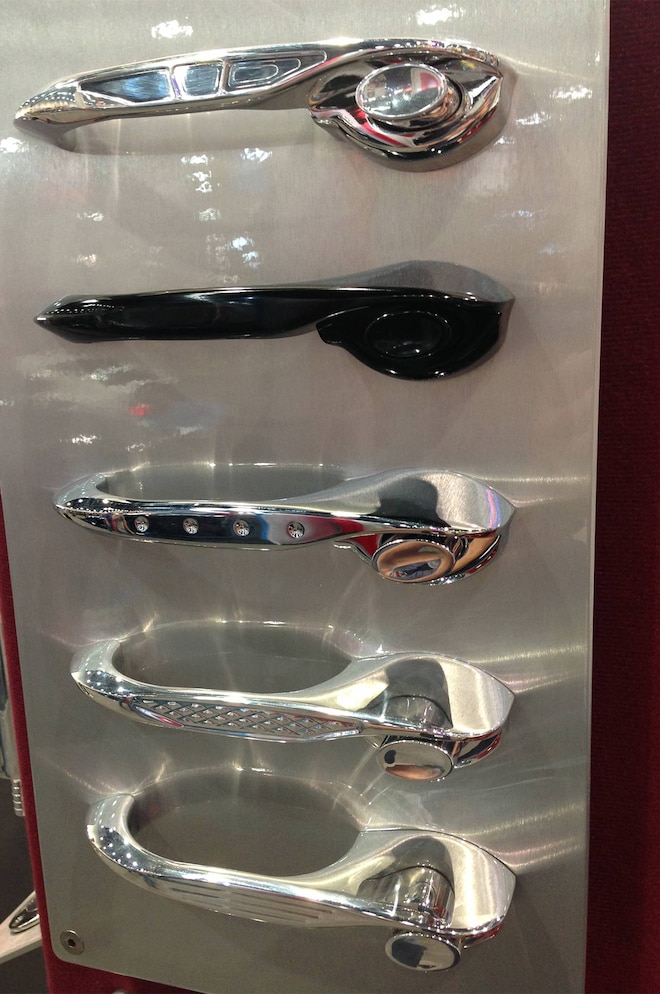 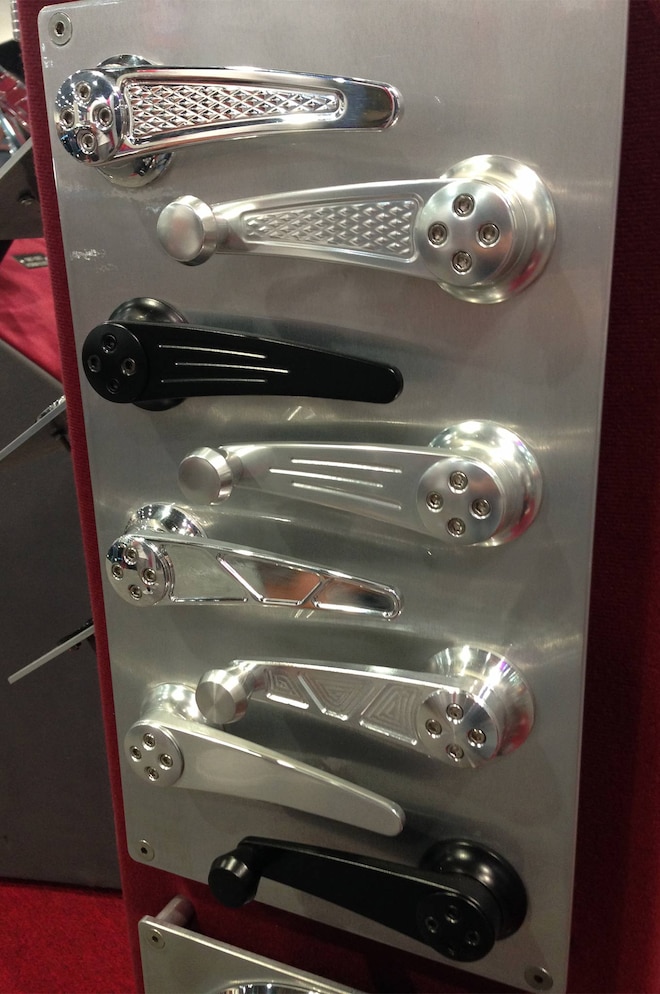 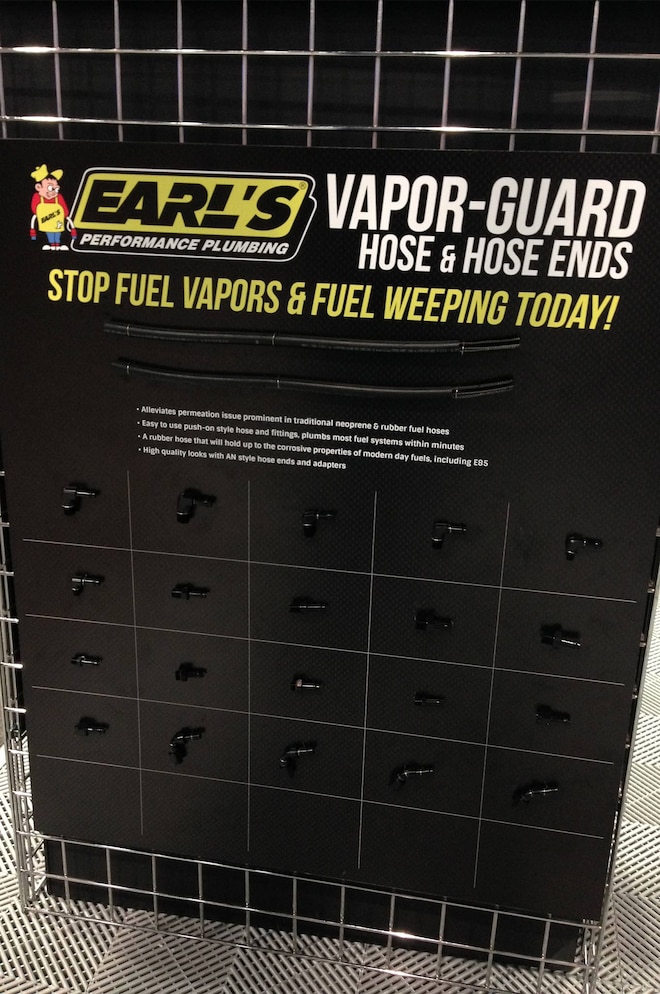 View Photo Gallery | 18 Photos
Photo 11/18   |   10 2015 SEMA Trick Truck Parts
Fuel vapors escaping from cheap hose can make a garage a miserable place to be. Don’t let your truck weep fuel vapors but upgrading your rubber hose to Earl’s new Vapor Guard hose. And if you’re plumbing a new fuel system, be it carbureted or fuel injected, and looking for an affordable option to those expensive AN systems, Earl’s offers a wide selection of traditional barbed fittings to meet those needs.
Earl’s Performance Plumbing
www.holley.com
Custom C10 Sounds by RetroSound 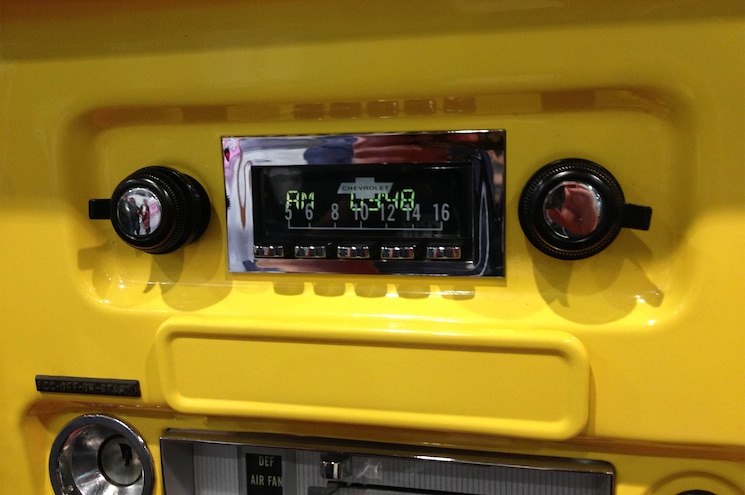 View Photo Gallery | 18 Photos
Photo 12/18   |   11 2015 SEMA Trick Truck Parts
C10 trucks are huge right now, so it’s no surprise that RetroSound pulled out all the stops on their latest design, a Long Beach BC Radio for ’67-72 C/K Chevy pickups. A modern stereo, complete with built-in SiriusXM compatibility, Bluetooth hands-free connectivity, wireless audio streaming, and USB ports, will look the part in any truck, be it a restomod or full custom.
RetroSound
www.retrosound.com
EFI Conversions Made EZ With Holley’s In-Tank Fuel Module 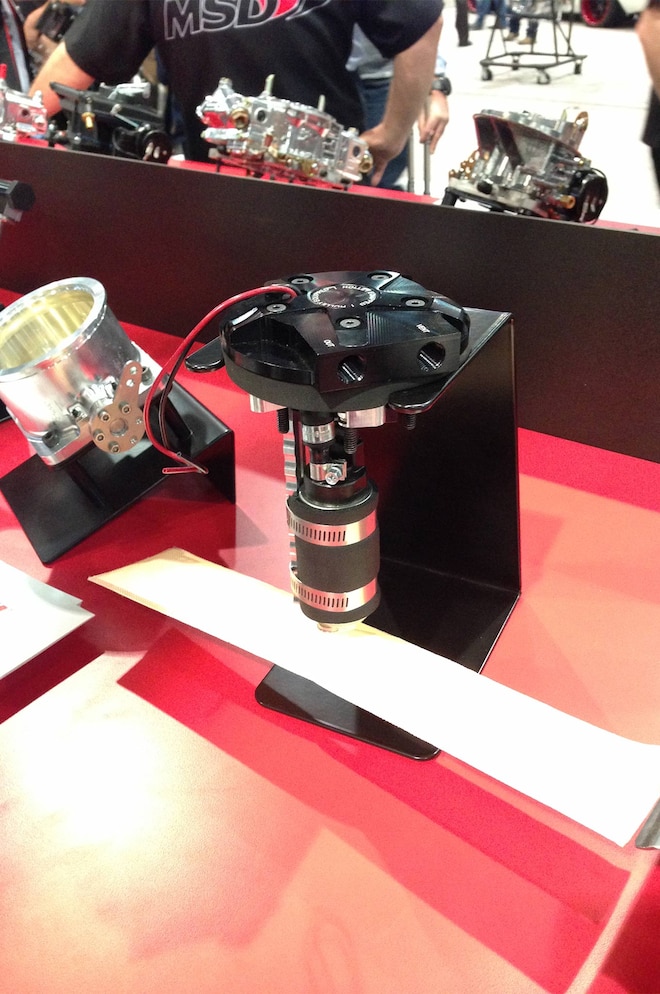 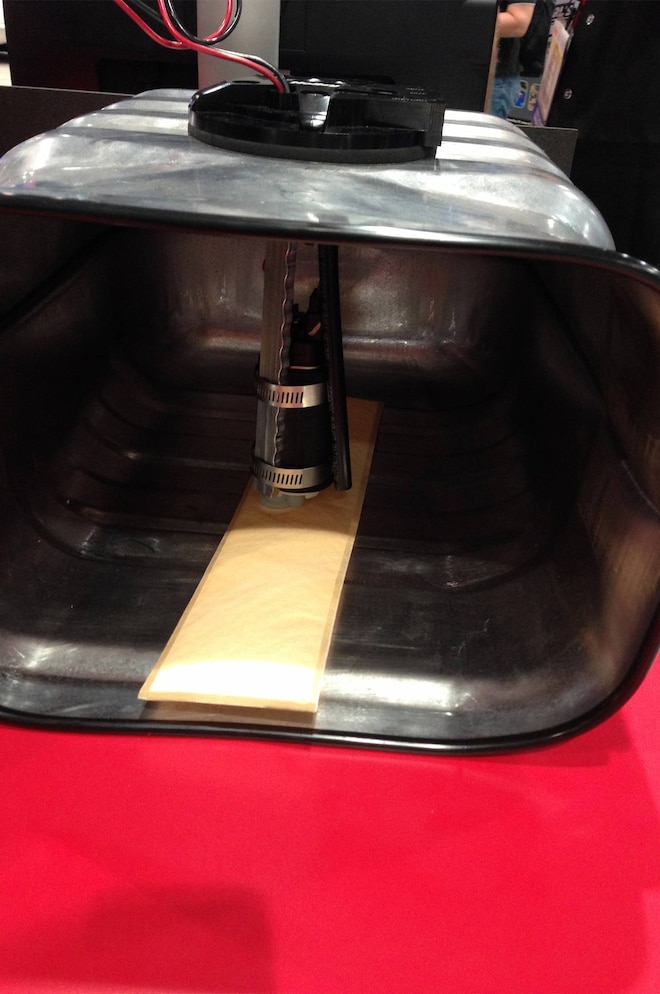 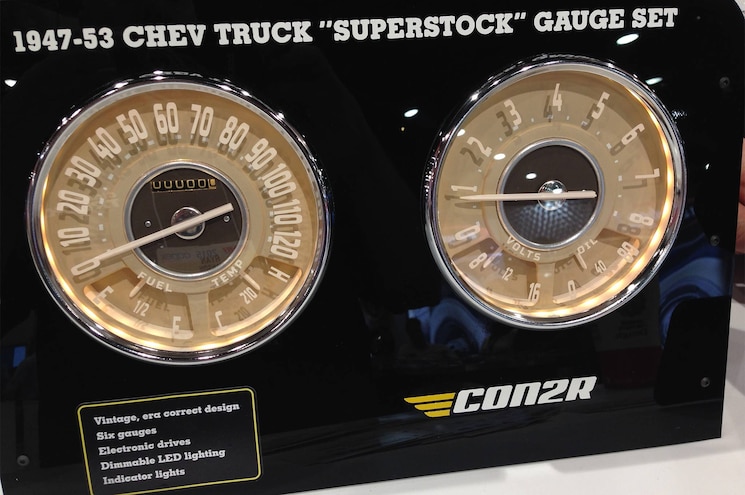 View Photo Gallery | 18 Photos
Photo 15/18   |   14 2015 SEMA Trick Truck Parts
Con2r has been developing some amazing gauge designs recently and their latest for ’47-53 Chevy trucks is no exception. Part of their Superstock line, this pair consists of a 0-120mph speedo, fuel level, and temp gauge in one cluster and an 8,000rpm tach, voltmeter, and oil pressure gauge in the other.
Con2R
www.con2r.com
Chevy’s LT1 Offered in a Connect & Cruise 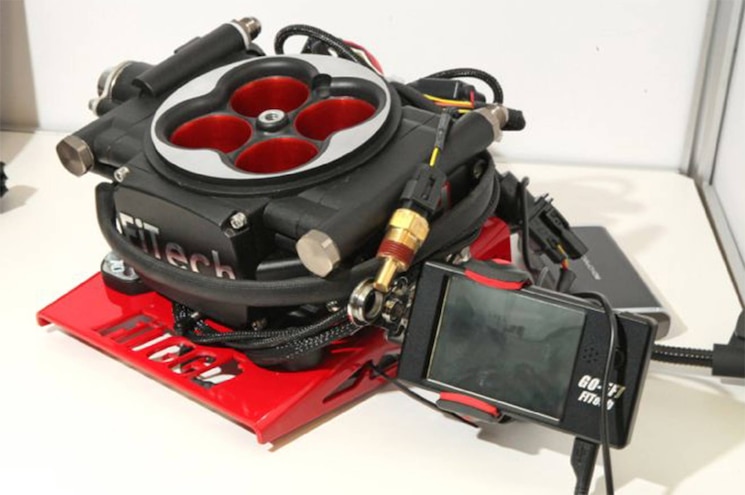 View Photo Gallery | 18 Photos
Photo 17/18   |   16 2015 SEMA Trick Truck Parts
An EFI system for under $1,000 is almost unheard of, but that’s exactly what FiTech promises. Good for applications up to 600 horsepower, their four-injector throttle body fits any 4-bbl intake manifold and contains the ECU, simplifying installation.
FiTech
www.fitechefi.com
Hinges For the “Other” ‘50s Chevy Trucks 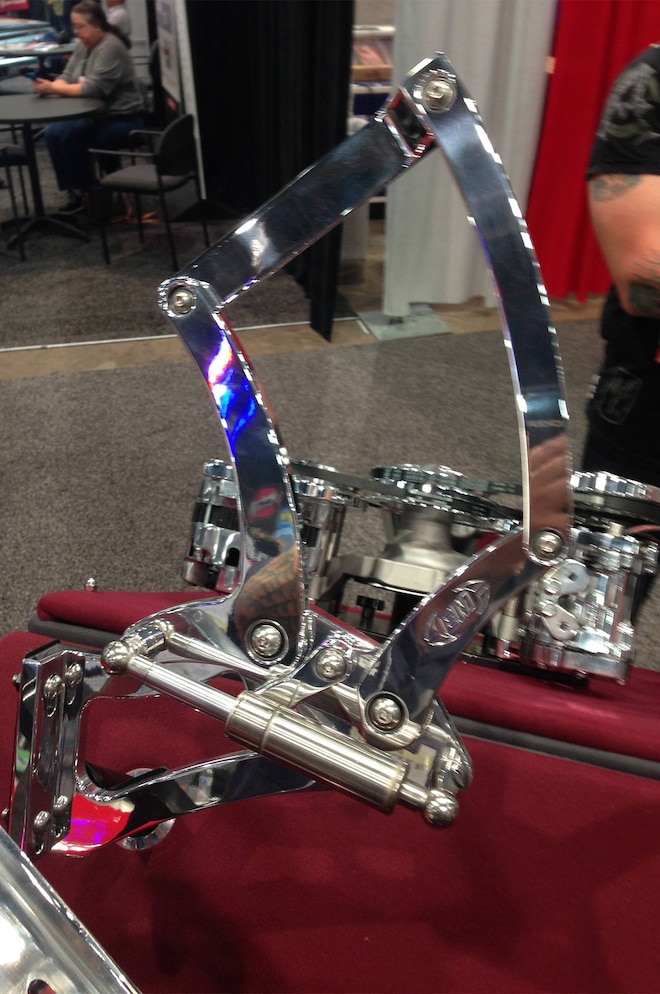 View Photo Gallery | 18 Photos
Photo 18/18   |   17 2015 SEMA Trick Truck Parts
After the Tri-Five Chevy trucks, the ’58-59 models don’t seem to get as much love. Things are changin’ however, starting with their addition to the popular Eddie Motorsports billet hinge line. Available in polished, satin, and black finishes, these aluminum beauties are sure to be a hit given the failure rate of the stock version.
Eddie Motorsports
www.eddiemotorsports.com

- OF
By Ryan Manson
5 Articles