The Center of all Things Truck 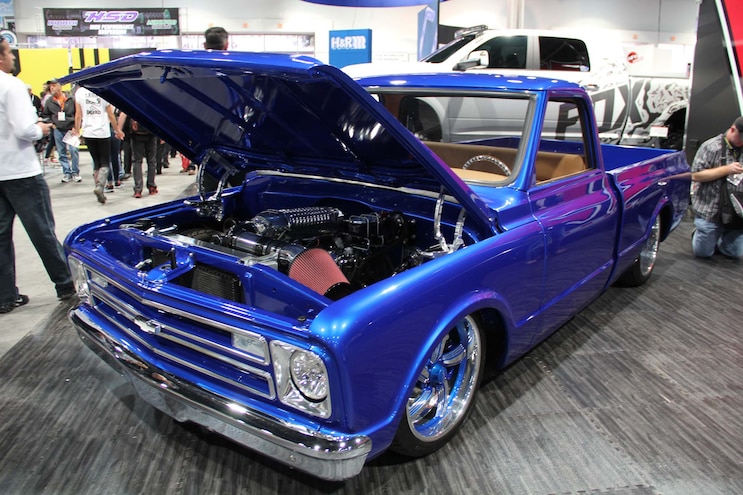 The Truckin crew continues our coverage of the giant 2015 SEMA Show with a walk through of the Central Hall. Known as Ground Zero of the show, the Central Hall is filled with all things truck related and once again, did not disappoint. Ford Motor Co . had a huge display that occupied the width of the hall and the Blue Oval had a dominating presence on the show floor. With all of their trucks front and center, as well as more than a few custom builds the Ford booth was a popular draw and even featured the 4-wheel drive ’65 Mustang Hoonigan video playing in a continuous loop.
All other brands were represented in the individual booths with many custom Chevy C10s gleaming under the lights with more than a few Ford F-100s as well. Central Hall was chock full of performance parts with a good cross section appearing on the custom trucks that were spread out all over the floor. The sea of humanity that was walking the Central Hall made it a little difficult for the Truckin cameramen to take a shot, but with all the patience that we could muster, the job was taken care of.