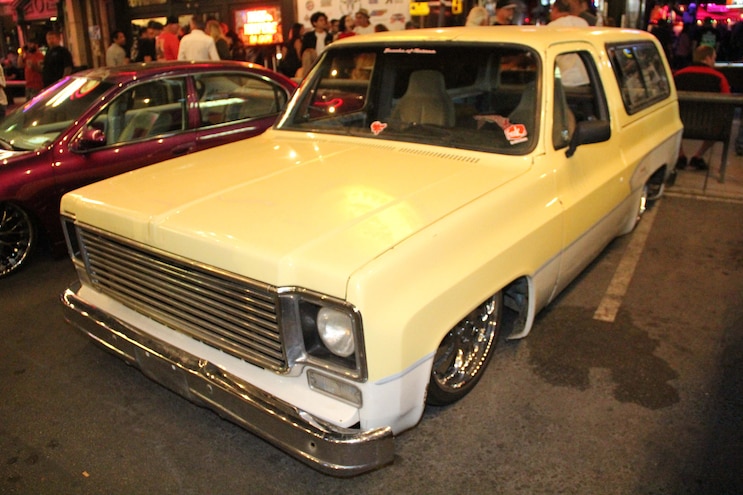 The Mini-Truck Hall of Fame had their awards ceremony in typical Vegas fashion with a party that took place right outside the raucous Hogs & Heifers saloon in downtown Las Vegas near Freemont St. The street was closed, so a diverse array of custom cars and trucks could line up and have the bright lights shine down on them.
Host and curator of the Hall, Bob Hase, was in rare form that night as he took the attendees and audience on a trip down memory lane, telling stories of the early days of the scene. Hase is a legend in the scene himself, having started Sunset custom car and truck club back in the late ’70s and was in charge of organizing the custom show Resolutions (a.k.a. Reso) until it ended a few years ago (it was resurrected for a one-time show at the Mojave River Forks Campground in Hesperia, California, taking place over New Year’s Weekend 2016) The MTHOF honored some real pioneers of the mini scene and gave them a proper introduction into the Hall itself. Surrounded by friends and family, the inductees for 2017 included former Truckin and Mini Truckin editor Alan Paradise; custom truck builder Roger Plante; custom painter Charles Armstrong; Charlie Cobble was inducted as the creator of the Southern Mini Nats; Jim Picollo from Hot Tops; the truck that was inducted was Wrapped with Envy, the ’85 Nissan Hardbody built by Derrick Jhagroo; Laurie Sterling got the Mini Truck Memorial Award; and Juan Trevino got the Courtney Hallowell Lifetime Achievement Award. 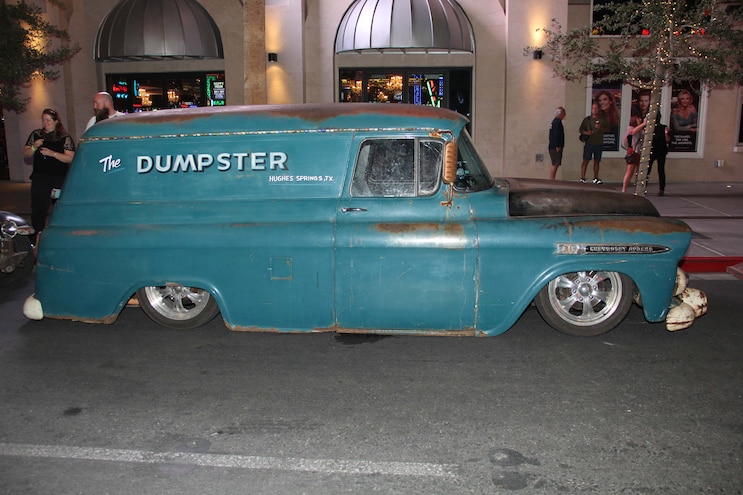 View Photo Gallery | 33 Photos
Photo 2/33   |   Mini Truck Hall Of Fame
All in all, it was a great kickoff party to SEMA 2017, having taken place one day before the juggernaut opened at the Las Vegas Convention Center. All those in attendance had a great time mingling with friends who are usually scattered throughout the country but come together this time every year to celebrate the Hall, throw back a few drinks, and talk about old times.